Finance ministers from across Canada arrived for a meeting in Whitehorse yesterday with several options for reforming pensions to consider. They left today with all those options still open, several questions to answer and with the federal lead on the file saying there's consensus to keep working together. 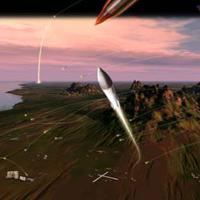 "All options are on the table," said Ted Menzies, the member of Parliament for the Alberta riding of Macleod and the parliamentary secretary to Finance Minister Jim Flaherty. "No option was removed from the discussion."

The ministers entered the meeting with much agreement that there is an urgent need to improve retirement incomes for Canadian seniors, and with several options for how to do that under consideration.

The Canadian Labour Congress and the Canadian Association of Retired Persons have been pushing to double the existing Canada Pension Plan, a solution that would cover all workers. British Columbia and Alberta have proposed a voluntary provincial plan that employees and employers could opt out of. And former CPP/QPP adviser Keith Ambachtscheer has advocated a new national supplement to the CPP that would increase retirement payments to middle-income Canadians.

Federal politicians are beginning to line up behind the different plans. New Democratic Party leader Jack Layton said he supports the CLC plan while Liberal leader Michael Ignatieff recently announced his party would like to see a voluntary supplement to the CPP started.

With the parties staking out different positions, there's talk pension reform could grow into a major election issue when Canadians next go to the polls.

Menzies said he hopes pension reform does not become an election issue. "Party politics should play no role in retirement income adequacy."

Still, he says he's cautious about the CLC proposal Layton supports and he was sharply critical of Ignatieff's position which he characterized as "premature" thinking. "It's fine to say I support the colour red, but what's it cost to paint the world red?"

The Liberals made their announcement without doing any analysis of what it would mean, he said. It's a complicated area, Menzies said, and politicians have to act with caution.

The federal government is also negotiating with the provinces, some of whom say they are ready to act alone if Ottawa isn't ready. Headed into the meeting B.C. Finance Minister Colin Hansen told the Tyee, "We think there is a certain urgency to it today and we're not going to spend a lot of time building a national consensus . . . We think that the national approach makes sense, but if we can't achieve it in the near term then British Columbia, Alberta and whichever other provinces want to participate with us will proceed on our own."

Hansen was returning from Whitehorse Friday afternoon and not immediately available.

Mintz's 36-page report drew on the work of several experts to explore the role of government in supporting people in retirement, how seniors are faring and whether savings rates have declined.

"Overall, the Canadian retirement income system is performing well, providing Canadians with an adequate standard of living upon retirement," he found. "The evidence does strongly suggest that some Canadians do not have sufficient replacement income. It is not always clear precisely which Canadians are under-saving, by how much, and why especially given data limitations on assets."

More questions need to be answered before deciding the way forward, he said.

Questions to answer by May

Menzies said the finance ministers asked for more work to be done answering some of the questions raised in Mintz's report.

While the system works well for people with low incomes, he said, many with incomes between $30,000 and $100,000 a year are left short. "There are some gaps in the system. We need to do some follow up on why that is."

He also had questions about why fewer companies are offering defined benefit plans and why many Canadians don't contribute more to their RRSPs. "It was agreed during the meeting we don't have all the answers," he said. "That was the consensus around the table. This is too serious a matter to make uninformed decisions."

Once thing Menzies was ready to endorse was that people remain responsible for their own retirement savings. The finance ministers had a session in Whitehorse on building financial literacy and will be looking at ways to encourage people to look after their own finances better, he said.

"It is and will be a large part of our going forward plan on pensions," he said. "A big part of it is Canadians don't understand what it's going to cost them in retirement . . . Understanding you have to take some personal responsibility for your retirement is pretty critical."

Nor do they know the difference, he said, between things like Registered Retirement Savings Plans and Tax Free Savings Accounts, each of which comes with its own rules, benefits and drawbacks.

When young people start working, they need to be thinking about pensions and retirement savings, he said. Someone who starts saving at 22 is going to be okay, he said. "If you don't start until you're 60, you better have another plan."

The solution may well be a combination of increasing the CPP though likely not doubling it, working to educate Canadians on retirement savings and perhaps opening new opportunities or incentives to save.

Said Menzies, "That's why we're saying all options are open."

The finance ministers will meet again in the spring, likely in May, Menzies said.