Retirement savings for a growing number of Canadians aren't panning out as hoped. Many of us are queasy to discover that high management fees and a volatile market have caused RRSPs to come up short (see part one of this series), clouding our dreams of comfortable golden years. 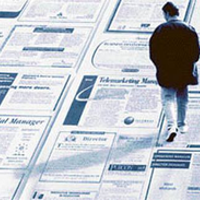 If that sounds like you, here's a fact that might add to your frustration. Had the Canadian Pension Plan taken from your pay cheque just 2.8 per cent more than it does now, you would have been guaranteed a pension twice as large as the one you're now on track to get.

The maximum would have jumped to $1,635 per month and it would be a sure thing for as long as you live. You would have been spared from ever having to fret over another breathless news report on the gyrating stock market. Queasy feeling gone.

That is the essence of a proposal by the Canadian Labour Congress (CLC) that is favoured by many pension experts for its simplicity, transparency and cost-effectiveness.

It could be instituted within weeks or months, and would instantly change the retirement horizons of younger Canadians.

As resuscitated and refined by the CLC, the plan dovetails closely with a competing proposal put forward by Bernard Dussault, former chief actuary for the Canada Pension Plan. Dussault's Universal Pension Plan is endorsed by the Canadian Association of Retired Persons -- and even the Canadian Federation of Independent Business has argued for an expanded CPP; the lobby group sees it as a cost-effective alternative to the private pension plans its members feel pressured to offer.

Perhaps surprisingly, generating a near doubling of benefits would require premiums to rise by not much more than 50 per cent -- an extra 2.8 per cent of salary. That converts to such relatively large gains at retirement time for a couple of reasons.

One is that employers would match the increase all along with a similar-sized increase in contributions.

And CPP has a strong record for investment returns, primarily due to its enormous size and correspondingly tiny expense ratio.

"Through everything that's gone on, the Canada Pension Plan is the one thing that's held solid," says CLC economist Joel Harden.

When finance ministers meet in Whitehorse on December 17, the CLC plan will be vying with other ideas for strengthening Canadian pension policy.

Proponents of the CLC plan point to two clear differences with most of the other ideas:

It is a "defined benefit" plan rather than "defined contribution". The CLC plan guarantees the benefits you will receive upon retirement, rather than merely defining the contributions you will make during your work life and letting the market decide the yield upon your retirement.

It is mandatory, spreading the risks and sharing the rewards across the population.

"Neither you or I know how long we'll live," explains Andrew Jackson, chief economist at the CLC. "But with an RRSP, you have to save as if you are going to live until you are 90. What boosting the CPP plan does is pool the longevity risk over the whole population. Some people will live longer than others, but it all evens out and that makes it possible to define with certainty the benefits."

"The other big problem with saving on your own through RRSPs," argues Jackson, "is that private fund managers are taking 2.5 percent off top, while the management costs for CPP are about one half of one per cent. The difference over time is huge."

"The third thing wrong with RRSPs is when you retire and have to convert it into an annuity, the result is hugely dependent on interest rates, the stock market. How much you get out of it is a crap shoot."

Jackson also points out that, left to their own devices, people don't tend to save enough to secure their later years. Building up CPP, which is already mandatory, creates the biggest possible pool of contributors and insulates people from their worst financial instincts.

Too many eggs in one basket?

But one high profile pension reform thinker, Keith Ambachtsheer, director of the Rotman International Centre for Pension Management at the University of Toronto, questions the prudence of shifting so much of the country's pension future into a much smaller number of very large investment entities, as a simple expansion of the CPP would probably entail. He has also speculated that defined benefit plans, with their guaranteed payouts, could cause a shifting of resources from current and future workers to retirees, especially when investments turn sour, as recently occurred.

Ambachtsheer has proposed a national supplementary pension plan that would be voluntary and invested separately from CPP funds (more about this in the next story in this series).

Meanwhile, the financial services industry has an interest in preserving the prominence of the Registered Retirement Savings Plan, which does have some advantages over a pension plan, says Barbara Amsden of the Canadian Investment Funds Institute. The additional pay cheque deductions required to fund a pension plan would cause hardship for many Canadians, especially younger ones. In some jurisdictions, a pension fund balance can't be drawn on during hard times, as an RRSP investment can be and frequently is, she argues.

The objections of businesses that do not currently contribute to a private pension plan are another obstacle. Some argue they cannot afford the increase in payroll costs an enhanced CPP would entail.

Any reform of Canada's pension system needs to deal with the inequities women suffer compared to men, argues Monica Townson, an independent economic policy expert who has studied the problem. Compared to men, women tend to earn much less, drop out of the work force for longer periods, have non-standard jobs, and live longer. As a result, the average monthly CPP payment today for women is just $340 -- less than 40 per cent of the maximum possible -- and the poverty rate among senior women living alone in Canada is 14 per cent. That's higher than the child poverty rate, but garners less public attention, Townson says.

Townson is a supporter of the CLC approach, which not only tops up CPP but strengthens GIS and OAS payments specifically targeted at lifting seniors out of poverty.

But what about younger people who don't make much? In tough economic times like these, is it fair to be skimming more from struggling families' incomes to finance far-off retirements?

To reduce the effect on low-income workers, the threshold at which payments become mandatory would be raised to $7,000 a year from $3,500. Increased OAS and GIS benefits would help compensate for the reduction in potential CPP payments.

Meanwhile, at the upper end, some advocates of an expanded CPP have proposed that the earnings eligibility ceiling be raised substantially from the current level, which is set at the average Canadian wage, currently $46,300. (It's worth noting that the ceiling in the U.S. is well over $100,000.) Dussault envisions combined CPP and Universal Pension Plan benefits as high as $160,000 a year. Increases to public-plan contribution and benefits levels of that magnitude would largely eliminate the role of RRSPs and private pension plans -- truly simplifying the task of saving for retirement.

Andrew Jackson is not surprised the push for expanding CPP is gaining support from some leaders in business, or that B.C. finance minister Colin Hansen recently told the Tyee he would be fine with the CLC approach winning the day.

"As we gradually increase the Canada pension plan, employer-based pension plans would remain in place. As you ramped up CPP, the cost of funding employer pension plans would fall, so people would pay lower premiums or be able strengthen their plan. Removing some of burden of private plans to public plans makes sense," Jackson says.

"Don't forget, when doubling the CPP the actual funds that were being collected would be invested in private markets, equities, bonds," he adds. "It's not like we're talking about socializing capitalism. And it wouldn't cost the taxpayer a dime."

In a 2008 report for the C.D. Howe Institute, Ambachtsheer identified three critical elements that characterize an ideal retirement model. The formula should provide for adequate and affordable retirement payment schemes. There should be complete workforce coverage and job-to-job portability. And the system should be transparent and cost-effective, operating solely in the interests of those it was meant to serve.

Proponents of doubling CPP say their approach fits all those criteria. Jackson of the CLC identifies one more. "This is a way to effectively abolish poverty among the elderly which can be done at surprisingly low cost."

NEXT: Liberal Leader Michael Ignatieff is the latest to get behind a voluntary, directed contribution supplement to CPP.