When, on Tuesday of this week, Liberal Leader Michael Ignatieff called on the Harper government "to act on pension reforms that would help more Canadians to save for retirement and protect those who have lost pension income through bankruptcy" a lot of politicians and wonks already on that bandwagon moved over to make room. 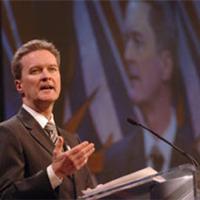 In part one of this series, The Tyee examined the disparity between returns generated by pension funds versus those of mutual funds, the vehicle most commonly used for RRSP investments. An academic study identified the differential at about 4 percent a year. In an example cited, someone who invested $2,000 a year from 25 through 65, then withdrew it in the form of a 25-year annuity, could receive monthly payments four times as large if the money were channelled through a pension fund instead of an RRSP.

No wonder the pension plans enjoyed by many public sector employees and some in the private sector look so attractive -- in large part, it's the higher investment returns that make such benefits possible. No wonder also that the large and growing number of Canadians without pensions find themselves with inadequate retirement income. Maybe they dutifully purchased RRSPs, only to watch them wither on the vine. Or maybe they just declined to participate in a card game that was stacked against them. Either way, they've come up short.

Well, now there's an emerging consensus that something has to be done about all of this -- and many of the proposed solutions involve a public pension component that goes far beyond the current Canada Pension Plan and its supplements. The proponents range across the political spectrum and represent a diversity of interests. Yesterday, The Tyee looked at a proposal by the Canadian Labour Congress to roughly double benefits from the Canada Pension Plan. The Canadian Association of Retired Persons has endorsed a similar proposal known as the Universal Pension Plan, which was spearheaded by Bernard Dussault, former chief actuary of the CPP.

In a 2008 report for the C.D. Howe Institute, Ambachtsheer identified three critical elements that characterize an ideal retirement model. The formula should provide for adequate and affordable retirement payment schemes. There should be complete workforce coverage and job-to-job portability. And the system should be transparent and cost-effective, operating solely in the interests of those it was meant to serve.

Given Canada's existing system, that seems a tall order. For example, fewer than half of all Canadians can expect to retire with the 60 or 70 per cent of working salary that is typically considered adequate for retirement. Workforce coverage is far from universal (beyond the CPP), and most pensions aren't portable.

There are numerous issues related to pension plan transparency. Meanwhile, Canada's profusion of pension plans helps create the conditions for individual instances of investment underperformance, whether through unlucky or ill-advised investment choices or as a result of more serious circumstances, such as conflicts of interest or company bankruptcy. In any case, scale is an important determinant of pension plan efficiency, and a few very large plans will generally perform better than many smaller ones.

Beyond these issues there is the overriding question of the RRSP system and who it primarily benefits.

No left-winger, Ambachtsheer cited the work of American economist James Buchanan, who won the 1986 Nobel Prize for his work on private and public choice. Buchanan held that private choices (the freedom to buy an RRSP, for example) should always get preference over public ones (such as an expanded universal pension plan) -- but only if the private choice produces better outcomes.

Concluding that in the case of the RRSP, private choices have proven to be decidedly inferior, Ambachtsheer proposed an alternative, which he called the Canada Supplementary Pension Plan. Essentially it would see an unspecified increase in Canada Pension Plan contributions beyond the current 9.9 per cent of income. (This is already the case in many other countries, including the U.S., where the maximum rate is 12.4 per cent.) The intention would be to generate retirement income equal to 60 percent of pre-retirement earnings.

Those with existing RRSPs could shift their investments into their individual CSPP account to take advantage of much lower management expenses and, almost certainly, higher returns. In keeping with a philosophy that Ambachtsheer describes as "paternalistic libertarian," both workers and employers would have the right to opt out.

BC and Alberta: A regional plan?

A few months after Ambachsteer rolled out his idea, a joint panel convened by Alberta and B.C. provincial governments returned recommendations somewhat similar to Ambachsteer's. In the so-called ABC plan, the two provinces would create a supplementary pension plan geared to the self-employed and workers without a company pension plan. Enrollment would be automatic, but payments could be set at three, six or nine per cent of income, and opt out would be possible.

The idea has been attacked by Nova Scotia's finance minister as the makings of a two-tier pension system giving Western Canada an economic edge. "That kind of a regional solution to a national issue doesn't help building the nation," said Graham Steele.

As if to reassure, B.C. Finance Minister Colin Hansen followed by saying his government would prefer a national solution, and last week he told The Tyee he was amendable, as well, to the CPP boost proposed by the Canadian Labour Congress.

That surprised some, because both Ambachtsheer and Alberta/B.C. favoured a defined contribution approach -- benefits would not be guaranteed but rather determined by the amount available based on contributions and return on investment. The CLC advocates a defined benefit approach -- specifically a phased-in near doubling of Canada Pension Plan benefits, which would require an increase of a little more than 50 per cent in contribution rates. It also recommends increases in the Guaranteed Income Supplement and measures to prevent beneficiaries of private pension plans from suffering benefit reductions when companies or their pension plans run into trouble.

The fact that Armbachtsheer and Alberta/B.C would let employees and employers opt out is another big difference between their plans and the CLC's.

Not surprisingly, the various proponents have found fault with each other's plans. CLC pension expert Joel Harden is respectful of Ambachtsheer, but thinks that his proposal is needlessly complicated and betrays more than a whiff of Bay Street. (Ambachtsheer, for example, sees no reason why administration of the system couldn't be outsourced to the financial services industry if they offered competitive fees.)

Harden is similarly skeptical of the ABC plan, especially as a regional plan would make it that much more difficult to initiate a comprehensive new national policy.

'These are cultural issues'

"If I had to choose, I'd be strongly in favour of expanding the CPP. It would provide a much more uniform, secure platform for Canadians than any sort of volunteer, self-directed arrangement," says Shelley Speed, an actuary at Hewitt Associates in Vancouver, who consults with pension managers for unions and private firms. "The ABC plan is a defined contribution plan. The only known in that plan is what you put in. You won't know what you get out. You won't know what you will get over your lifetime. It gives people a choice. But if the goal is to protect the citizens of the country and provide for a secure retirement, expand CPP."

Perry Teperson, as vice president of Leith Wheeler Investment Counsel in Vancouver, manages pension portfolios. He emphasizes that it's just his personal view when he expresses skepticism about the ABC plan or any defined contribution plan that lets people opt out. "I have to tell you that when you look at the level of unused RRSP contribution room, it is huge. Most people don't make full use of RRSP. I don't see how offering them a different [optional] vehicle for saving is going to change that.

"Why aren't Canadians saving more for retirement?" Teperson muses. "Perhaps they have other financial issues that are more pressing, or they see retirement off in the distance can't be bothered. Maybe they just prefer to spend now. These are cultural issues that we don't fully understand."

But Ambachtsheer criticizes the monolithic nature of the CLC approach, saying it might pour too much of the nation's population's savings into a small number of very large investment entities. He has also said defined benefit plans, with their guaranteed payouts, could force younger workers to carry too much burden paying for retirees when the market plummets, as happened recently.

The voluntary nature of RRSPs appeals to some people, for both practical and ideological reasons. Even the high management expense ratios that hinder mutual fund performance carry a sometimes overlooked advantage: they pay the salaries of commission-based financial advisors, who provide many other services beyond selling mutual funds.

So far, Ignatieff's proposal for a "Supplementary Canada Pension Plan" seems to be similar to Ambachtsheer's "Canada Supplementary Pension Plan" in that it would be voluntary. However, on the party's website yesterday details were lacking on whether the plan would be directed contribution, or how the supplementary fund would be managed. To further the confusion, the Grits' announcement urged the Harper government to work with labour "to implement an SCPP" while also making a point of saying the party was in sync with the pension reform pronouncements of B.C. Premier Gordon Campbell.

NDP Leader Jack Layton, a fulsome backer of the CLC proposal to double CPP, was quick to slam Ignatieff for waiting to echo his own call for action two months ago. Layton's office issued a mock Liberal news release entitled: "How to write Liberal policy: Take an NDP release, put the leader's name on it and re-announce it a couple of months later."

Ignatieff fired back, "We've been working on this for more than a year. These are complicated issues so you want to get them right."

The political stakes -- and maneuvering -- are rising just one week before a Dec. 17 meeting in Whitehorse of provincial and federal finance ministers where pensions are at the top of the agenda. Who'd have thought December in the Yukon could be so exciting?