It's a good day for a celebration. Sunshine sparkles on the water of the Sooke Basin, the sky is clear and a fresh wind makes the heat bearable. 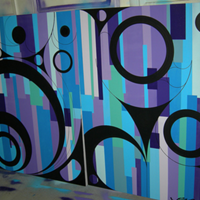 Outside the T'Sou-ke Nation band hall, tables are set up for a BBQ salmon lunch. Kids run around, blowing soap bubbles and women set up craft tables in the shade.

There are free rides, too, on a scissor lift that's been hired to give people a birds-eye view of the band's just-completed solar project -- the reason for today's gathering. Photovoltaic arrays top the band hall, canoe shed and fisheries office, and single panels (connected to hot water systems) dot the roofs of neighboring homes.

This 75 kilowatt project, though tiny by world standards, is the largest of its kind in British Columbia. It's being held up as a model for First Nations across the province, particularly those that are off grid and reliant upon diesel generators for electricity.

Supporters call it the beginning of a renaissance for First Nations; a way to reconnect with the land in a totally new way plus gain energy autonomy. But they also warn against simply planting technology on reserves. Without community buy-in, they say, renewables won't work.

In February, 2007, the T'Sou-ke band hired Andrew Moore as solar project director. He initiated visioning sessions with community members, held every three weeks, and eventually came up with a vision statement.

"What came was an understanding that we need to become as self-sufficient as possible, as autonomous as possible... in food, energy and culture," says Moore.

"This project is just one piece of it."

The T'Sou-ke solar project is actually a suite of solar options for producing hot water and electricity.

The solar hot water component currently consists of 25 systems on private residences that, in the summertime, can produce all of a family's hot water needs. The band plans to install another 61 systems.

On the bands' fisheries office is a 6 kilowatt photovoltaic system ideal for off-grid communities. It would require some form of backup such as diesel, propane or another renewable technology.

The 7 kilowatt system, on the band hall, uses solar power for emergency battery back-up in case of a hydro outage. It is connected to the grid and can sell excess power back to BC Hydro. Ideal for on-grid communities that face frequent power outages.

The third model is a 62 kilowatt array atop the band's canoe shed, energy which is available to the community or for sale to BC Hydro. With strong efficiency and conservation measures, it could provide all of a community's electricity needs.

The harder part was finding the money to make it happen. Moore secured funding from 15 different governmental and non-profit sources to fund the solar project (which eventually cost approximately $1.5 million), with conflicting requirements.

"Some said you've got to spend the money by March and some said you can't start 'til April," says Moore with a wry smile. The various funding agencies -- which included the provincial Innovative Clean Energy Fund, Indian and Northern Affairs Canada and Solar BC -- did share a common mandate.

"There's going to be major change, in terms of competition for resources, oil and climate change. And everyone knows that the most vulnerable communities are the ones that get hit hardest," says Moore. "And I think the mandate is to build resilience in these communities. The way that you do that is to make them more autonomous and more self-sufficient."

The T'Sou-ke were able to "bend the rules a little," says Moore, but still had to move quickly in order to secure funds.

T'Sou-ke member and experienced logging crew boss Rick Underwood came onboard to be the "go-to guy" between Moore and Home Energy Solutions, the solar electric contractor, and to help ensure all of the photovoltaic systems were completed on time. In one month, March, 2009, all the panels were installed. Like any big project, explains Underwood, small problems popped up -- but it all worked out in the end.

"Crap, yeah, I feel pretty proud," says Underwood. "This is it, it's done, it's a finished product. Now it's the showcase, and the whole idea of being able to help off-grid reserves show them what can be done."

Right now for British Columbia's remote and off-grid First Nations, diesel generation is the only option.

It's costly and carbon intensive and, although the fuel is subsidized by BC Hydro and the province, there's no guarantee that it can always reach a remote community accessibly only by plane or boat, weather permitting.

"We have to change that," says Donna Morton of First Power. She describes her company (which is based on the U.S. B Corporation model) as the "cultural interface" between technology companies, renewable experts and First Nations themselves.

The T'Sou-ke solar project is its first venture. First Power provided training and technological expertise on the solar hot water side, and also helped find funding to pay for community outreach projects.

"In the case of our training program, we taught orally," explains Morton. "We taught using graphics, video and comedy. We hired a First Nation comedian to write the material. We relied heavily on story-telling and graphics."

'We learned by doing'

First Power partner Joe Thwaites (who is also president of Taylor Munro Energy Systems) worked with local trainees on the installation of 25 hot water systems in the community.

"We learned by doing," says Angie Bristol, 28, who completed the training program along with eight other band members. "They took a group to each house and would teach us on an actual system."

"Having everything right there in front of you made it a lot easier."

The company also worked with local artist Mark Gauti, who designed and etched a solar symbol on to one of the panels. The art, says Morton, "a high expression of culture attached to a valuable cutting-edge piece of technology," helped bring the community in and give everyone a sense of ownership.

"Until we came along a few months ago," Gauti says, "the focus was on technology and that's it."

Gauti also helped spearhead the T'Sou-ke Nation Smart Energy Group (T'SEG). The group was formed in response to the solar project, and its mandate is to promote energy conservation.

"We're creating all this energy with our panels, but if people just started using it all up... what's the point?" asks T'SEG member Tyler Finney. "They are quite expensive to install, so once we install them, we realize just how precious the energy created really is."

At last weekend's solar gathering, T'SEG set up tables and give away t-shirts and magnets, along with energy-saving tips. The event drew First Nations and municipal representatives from around the province, as well as government officials and media.

By day two of the gathering, T'Sou-ke chief Gordon Plannes has done interviews with the CBC, Victoria Times-Colonist, and now a Tyee reporter. He laughs when asked what he thinks about being a solar spokesperson.