In an August 8 interview with the host of CBC Radio's On the Coast, Environment Minister Mary Polak denied that mine inspections have declined since her government was elected. 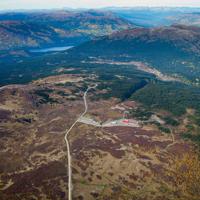 When asked how many staff the ministry dedicated to monitoring mines before the BC Liberals gained power in 2001, Polak responded that "the number of inspections of mines has not changed."

But that statement is simply untrue.

As The Tyee reported early on the same day, there were nearly double the number of mine inspections in 2001 as there were in 2012.

But the story has proved to be more complex than one isolated spill, as the controversy over mine inspections shows.

It's been suggested that Imperial Metals knew the pond was getting too large. Even the company's donations to the BC Liberal Party have been brought into question.

The Tyee will continue to provide in-depth reporting on the Mount Polley spill. To provide some perspective on the incident as it's unfolded so far, we offer a summary of our stories to date.

Central Interior Mine Tailings Breach Contained, Company Says: An early assessment of what we knew and what we didn't.

Fly over the Massive Mining Waste Spill in BC's Central Interior: Take a look at the damage 10 million cubic metres of water can cause.

Ministry slams Imperial Metals with several clean-up conditions: The mining company was required to stop the spill and submit an environmental impact assessment.

The Risky Rise of the Dams: An in-depth look at how tailings ponds are getting larger and deeper.

Who Pays for Catastrophes? Mining Firms Enjoy Double Standard: It turns out that mining companies don't have to put aside money for spill cleanup, meaning the burden often falls to taxpayers.

Mine, Dam Inspections Dropped Since 2001: Senior officials warned that reduced inspections were a cause for concern.

First Nation announces blockade at new Imperial Metals mine: In the wake of the Mount Polley spill, Tahltan elders made their voices heard.

Imperial Metals' Political Gifts to BC Liberals Total $234,000: The company also donated $3,000 to the 2009 re-election campaign for Bill Bennett, the province's minister of energy and mines.

Mine Spill Toxins: 'It's Early Days Yet' Says UBC Expert: Water samples are coming back clean, but what about the 4.5 million cubic metres of spilled sediment?

Mine Disaster: Gov't Shirked Legal Duty to Warn Public, Says Advocate: The Mount Polley disaster is similar to the Testalinden Dam collapse, when the government failed to provide the public with information that could affect their health, according to the B.C. Freedom of Information and Privacy Association.

On the Scene at Blockade of Mount Polley's Sister Mine Red Chris: Tahltan First Nation elders said they have serious concerns about the Red Chris tailings pond after the disaster at Mount Polley.

Mount Polley Ex-Engineer Warned Tailings Pond Was 'Getting Large': Engineering company resigned in 2011, cautioning that monitoring of the tailings pond was needed to "prevent problems in the future."

Tyee Poll: Are You Satisfied with Government's Response to the Mount Polley Spill?: Take a moment to share your thoughts.

Tailings Dams 'Have Not Breached,' Says Minister... Except When They Have: Mining Minister Bill Bennett made it sound like the Mount Polley disaster was a one-of-a-kind event, but actually over the past decades Canadian mining firms here and around the world have seen many other similar episodes, enough that one advocate is calling for a registry of such catastrophes.

Imperial Metals Faces Scrutiny over Other Mines' Safety: A consultant familiar with Mount Polley and other mines owned by Imperial Metals tells The Tyee he sees a ‘pattern of behaviour’ in cost cutting and aggressive cost savings.