Months of surveillance-related leaks from U.S. whistleblower Edward Snowden have fuelled an international debate over privacy, spying, and Internet surveillance. The Canadian-related leaks -- including disclosures regarding spying on the Brazilian government and the facilitation of spying at the G8 and G20 meetings hosted in Toronto in 2010 -- have certainly inspired some domestic discussion. Ironically, the most important surveillance development did not involve Snowden at all. 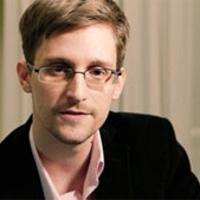 Late last year, Justice Richard Mosley, a Federal Court judge, issued a stinging rebuke to Canada's intelligence agencies (CSEC and CSIS) and the Justice Department, ruling that they misled the court when they applied for warrants to permit the interception of electronic communications. While the government has steadfastly defended its surveillance activities by maintaining that it operates within the law, Justice Mosley, a former official with the Justice Department who was involved with the creation of the Anti-Terrorism Act, found a particularly troubling example where this was not the case.

Mosley's concern stems from warrants involving two individuals that were issued in 2009 permitting the interception of communications both in Canada and abroad using Canadian equipment. At the time, the Canadian intelligence agencies did not disclose that they might ask their foreign counterparts (namely the "five eyes" partners in the U.S., U.K., Australia, and New Zealand) to intercept the foreign communications.

In June 2013, the CSEC commissioner, who is responsible for reviewing CSEC activities, issued his annual report. It included a cryptic recommendation that the agency "provide the Federal Court of Canada with certain additional evidence about the nature and extent of the assistance CSEC may provide to CSIS."

That recommendation caught Mosley's attention, who ordered CSEC and CSIS to appear in court to disclose if the recommendation was linked to the warrants he had issued and discuss whether the additional evidence might have had an impact on the decision to grant the warrants in the first place.

It turns out that the additional evidence -- which involved several warrants including those issued by Mosley -- was indeed the fact that CSEC was tasking foreign agencies to conduct interceptions on its behalf. Based on the new submissions, Mosley concluded that Canadian intelligence agencies strategically omitted disclosing the information as it admitted that the evidence provided to the court "was ‘crafted' with legal counsel to exclude any reference to the role of the second parties."

The failure of Canada's intelligence agencies to meet their legal obligations of full and frank disclosure raises serious questions about the adequacy of oversight over Canada's surveillance activities. When concerns were raised last year about the activities, then defence minister Peter MacKay assured the public that there is "rigorous" oversight and that all aspects of the programs were carried out in compliance with the law.

The Federal Court ruling raises real doubt about the validity of those assurances. Indeed, there are lingering questions about both the impartiality of Justice lawyers who provided advice to "craft evidence" and the ability for the Federal Court to serve as a key oversight mechanism for Canadian surveillance, particularly when some programs do not require court approval and reports from the CSEC commissioner have faced lengthy delays.

The deliberate attempt to mislead the key oversight body by omitting relevant information should anger more than just Mosley, who clearly felt that he was duped by CSIS. In response, the government should commission an independent review to examine current oversight mechanisms, identify shortcomings on both oversight and the law, and recommend potential reforms to salvage a system that is under increasing public scrutiny and criticism.