Hockey Night in Canada has been a CBC mainstay since 1933 -- before CBC TV even existed. 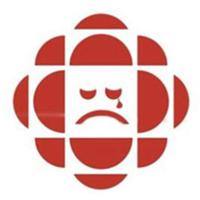 Starving the CBC: Years of Cuts, and Now the NHL Lockout

Back then, families huddled around the radio to hear the slashing of skates and echoing shouts as their favourite players sped across the ice. They were greeted by legendary announcer Foster Hewitt's warm "Hello, Canada!" and guided through the game by his iconic voice.

And ever since, CBC meant hockey.

The National Hockey League lockout is taking a well-publicized toll on every industry that depends on the games. But the especially hard hit CBC may be looking at a preview of its future after the expensive NHL rights are renegotiated in 2014. The public broadcaster could be facing a double hit as its current ad revenue loss meets with the upcoming need to bid on rights worth well over $100 million.

Winning or losing that bid will make a big difference when it comes to content and coffers for the CBC, which one expert analyst describes as addicted to hockey ad money.

Without the NHL contract, the public broadcaster will have less money and up to 400 more hours to fill with different programming.

Friends of Canadian Broadcasting, an independent organization whose mission is "to defend and enhance the quality of Canadian broadcasting," says that the CBC is ignoring the problem.

Ian Morrison, a spokesperson for Friends, says that "in a typical year, Hockey Night in Canada is responsible for a little more than half of the advertising revenues of the CBC English television network and one third of the total audience of CBC TV."

That's forcing the CBC to scramble this year, notes Morrison. But the bigger "fiscal cliff" for CBC may be that its contract with the NHL expires in 2014, and the other major networks, Bell and Rogers, will be vying for it. The two private corporations were told in June that they could not jointly bid for the rights, but that is cold comfort for a public broadcaster that had its budget cut by 10 per cent.

"We're on a plan fiscally because we've had a plan B in place for some time."

The plan B involves different formats of content. Dark says the watchdog group doesn't understand the models and revenue lines.

"They make overblown statements. I tend not to pay much attention to them."

But to Morrison, the CBC losing NHL rights would mean a $200 million annual loss and that's something to worry about. Coupled with the Conservative government's budget cuts, he says jobs across the company will start to disappear.

"The size of this problem is so big, there's no way that the CBC could absorb this without laying people off. No way." Employees at CBC BC say they don't have time to be all that concerned about the lockout troubles. "You only worry about stuff you can control, don't worry about things you can't," says one employee who asked not to be named.

Other unnamed sources said that this hasn't been a topic of conversation around the office from their estimation, although there are occasional internal statements that mirror what the Corporation tells the public.

The far bigger concern is that the CBC's contract with NHL is up after next season, says the source. "There is a great deal of anxiety over that."

Barry Kiefl, an independent analyst and former CBC research director, says that the CBC has become dependent on hockey revenue.

"It's like a drug," says Kiefl. "No one knows for sure -- maybe not even at the CBC -- how much money hockey brings in, but it's certainly well north of $100 million in terms of advertising revenue."

Bruno Delorme, a professor of sport management at Marianopolis College in Montreal, agrees, but is more understanding of the CBC's position.

"You can't blame CBC for being adamant about hockey," says Delorme. "Professional hockey is certainly up there, it's the elite sport in Canada. It's a tier-one sport in terms of eyeballs, in terms of sponsorship dollars and viewership."

Hockey is not the golden goose that the gross revenue indicates, however. The cost to produce a season of hockey is in the region of $15 million, according to Friends spokesperson Morrison. Cameras, trucks, travel and Don Cherry's suits do not come cheap.

Life after hockey at CBC?

Losing hockey would save the broadcaster money, but the audience drawn by hockey games can be leveraged during commercials to stay for the less popular news and original content, according to Delorme.

Without hockey, Delorme says, the CBC "has to find creative ways to market its Canadian shows. There's a potential scare for CBC."

The public broadcaster, if it is unable to secure the rights to hockey in 2014, could face an identity crisis as it struggles to air the sport it helped popularize. At the moment, aside from the current crisis within the league, it appears that the CBC is refusing to consider a future without hockey.

While the CBC holds true to its roots, outsiders are being more pragmatic, hoping that the broadcaster will explore other possibilities.

"That would be the logical thing to do," says Kiefl. "To say, 'If we didn't have hockey, what would CBC be?' Surely we don't have a national public broadcaster just to have hockey."