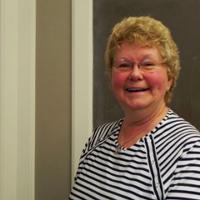 [Editor's note: Click through the images above and dive into Tyee reader-sourced photos of fall. Ahhh.]

It's harvest season again. The farmers' markets are overflowing with apples and squashes. Since last Sunday's mid-Autumn moon festival, I've been slowly nibbling my way through a dense Chinese mooncake filled with lotus seed paste and golden salted duck egg yolks. A few days ago, we were invited to have an evening snack inside our Jewish neighbours' backyard sukkah (a branch-topped temporary hut) for Sukkot, and now we're just starting to prepare for our family's annual Thanksgiving feast.

When I was growing up, our feast wasn't much more than a frozen turkey overcooked to perfection, stuffing fresh from a box, and a pillar of cranberry jelly straight from a can. It didn't have much relationship to the autumn harvest, let alone to a deeper sense of thanksgiving.

As a kid, I had no idea that First Nations throughout North America had ceremonies and feasts to celebrate harvests long before contact with Europe, and that turkey, beans, corn, potatoes and pumpkin all originated in the Americas. I'd grown up conflating our Canadian Thanksgiving with what I'd seen on television about the American holiday, that depicted early pilgrims from the Mayflower celebrating their first harvest in 1621 in Plymouth after having been saved from starvation by local First Nations.

The first Thanksgiving celebrations by Canadian explorers and settlers actually predate the first one celebrated by American settlers. After having survived an arduous journey, British explorer Martin Frobisher marked his safe arrival on Baffin Island with a religious Thanksgiving service in 1578. French settlers arriving with Samuel de Champlain after 1604 also had Thanksgiving feasts. Later, some American Thanksgiving customs were brought over to Canada by United Empire Loyalists fleeing the American Revolution. In 1879, Parliament declared a national Thanksgiving Day to celebrate "the blessings of an abundant harvest," but the date of the holiday shifted (at one point being the same date as Armistice Day after the First World War) until the government's proclamation in 1957 that the holiday would be held annually on the second Monday of October "for general thanksgiving to Almighty God for the blessings with which the people of Canada have been favoured."

Whether secular or sectarian, a holiday rooted in gratitude makes sense. It's easy to become overwhelmed by continuing news reports about wars, natural disasters, disease, widespread poverty, political corruption, and ongoing or imminent environmental crises, or to become wrapped up in our own daily struggles, while forgetting our potential to find wonder and delight in the smallest and most ordinary of things. This long weekend, it might be worthwhile to take stock of at least a few reasons to be thankful.

Metre for the mundane

Here are some authors whose depictions of everyday, ordinary items uncover and discover the underlying unique, precious, mysterious, whimsical or symbolic attributes that these objects possess.

In his 1942 book Le parti pris des choses (The Voice of Things), French essayist Francis Ponge explored a number of ordinary objects such as the pebble or potato. One standout prose poem in the collection is "L'Orange" where readers are given a lyrical and concise sensory analysis of the orange's shape, skin, juice, scent, and colour that ultimately and almost magically flows into a profound understanding of the fruit's reason for being.

Nobel Prize-winning Chilean poet Pablo Neruda wrote odes about everything from socks, bicycles, bees, and stamp albums to sadness and laziness in Odas Elementales (Elemental Odes or Odes to Common Things) published in the 1950s. One particularly well-known one, "Ode to the Artichoke," uses personification and narrative to take readers on a playful journey that starts in war with the artichoke "dressed up as a warrior/ ... impregnable/ beneath/ its armoured leaves," yet ends in peace: "leaf by leaf/ we unsheathe/ its delights/ and eat/ the peaceable flesh/ of its green heart."

Inspired by Ponge, Inventory by local writer Marguerite Pigeon contains 58 poems about various objects, including tea bags, an elastic band, a stapler and even lipstick. In one poem, she has an evocative description of a banana being "[j]oined at the head with its sisters, the curved back/ its own rocking chair as green youth mellows/ and age spots begin. A foreign stickiness/ along the inner ridge: sap of its lost, hot valley/ home, where cousins bunch on green-winged trees."

The Book of Marvels: A Compendium of Everyday Things by Governor General Award-winning poet Lorna Crozier came out this past spring. It includes 85 short prose musings or meditations that explore the hidden character of concrete objects such as the coffee pot, rake, shovel and vacuum cleaner, as well as more abstract or intangible things such as Happiness and Darkness. Like Ponge's prose poems and Neruda's odes, these prose pieces take readers on lyrical voyages into unexpected places. For example, in "Spoons" Crozier writes, "Of the utensils, spoons have the deepest reach into the past. They remember being liquid, silver or steel. That's why, if your hand is steady, they can carry any kind of broth to your lips without a spill. They come closer than the others to human anatomy, the palm cupped to lift mouthfuls of water from a stream."

Like many other writers, artists, photographers and filmmakers, these authors have delved into the mundane to reveal the marvelous or magical. Their work can amuse us, inspire us, refresh our imaginations, or take us to a deeper level of understanding as they hone in on a precise sliver of truth. Most importantly, their work can remind us to be more fully aware of and thankful for the delight, beauty and grace that lie both around and within us that we may too often take for granted.