The journey of Uninterrupted has been something of an epic, not entirely unlike the upstream battle undertaken by salmon in their quest to return to their ancestral spawning beds.

Co-created by filmmaker Nettie Wild and producers Betsy Carson and Rae Hull, the idea came about more than a decade ago, when Wild witnessed salmon making their way up the Adams River in the Shuswap.

The first iteration of the work was an installation at the Vancity Theatre. The next, in 2017, was a site-specific series of projections underneath the Cambie Street bridge. And now, the virtual reality version is being offered in a variety of locations across Metro Vancouver.

To be frank, VR can be frustrating. While the visual impact can be engaging, the narrative doesn’t always have the same strength. Uninterrupted swims nimbly around some of these issues by incorporating not only a powerful series of images, roughly tied to a lifecycle of salmon, but also by incorporating the physical structure (the underside of the Cambie Street bridge) of the work’s first public presentation. The bridge functions as a natural proscenium type of stage, offering a place where the drama of the salmon’s struggle can unfold in all of its three-act momentum: birth, sex, death. And repeat.

Footage of the fish in action, captured in a number of different migrations in three different B.C. river systems, forms the spine of the thing — but from there is a wriggling leap into abstraction.

As Wild explains, the production came together during COVID, with people working in their living rooms in Vancouver, New York and Thunder Bay. The process of translating the work to VR was a vertical learning curve according to Wild, but the original creative team had the benefit of technical heavyweights like James Acres, the VR systems architect who played a critical role, and Elie Zananiri, who has worked with American Museum of Natural History, the National Film Board of Canada and Microsoft Studios, as creative developer.

A robust team of contributors closer to home, including editor Michael Brockington, composer Owen Belton and sound designer Velcrow Ripper, also brought their collective acumen to the project. The sound design of the work is a critical aspect of the experience, incorporating Neskonlith Elder Mary Thomas speaking in the Secwepemctsín language alongside sounds from the nature.

VR opens up any number of creatives directions, in that you can essentially do whatever you want. This also poses some dangers, Wild says, leading to the dreaded uncanny valley effect, where things seem spooky and warped. The Uninterrupted team got it right, right down to the guy whose sole job was to deal with particulates, meaning stuff floating in mid-air. The move to VR ultimately aided the overall experience, Wild says, in that things like ambient light and sound from the city could no longer take impact from the work, the digitally recreated version of Vancouver being much more pliable than the actual thing.

For Wild, who has long worked in documentary filmmaking, the transformation from narrative to something more abstract was a revelation. How to tell a story when you don’t have the conventional tools of interviews, dialogue and narrative structure poses a particular kind of challenge. Here is where the emotional impact of colour, shape and movement offer the means to tell a different kind of story. When Uninterrupted segues into pure abstraction, Wild says that audiences become even more committed. Having watched the show, I would agree with this: while salmon are pretty compelling creatures, the work truly takes off when it takes flight from reality and transforms into something more approaching visual art. It’s all there — colour and form, life and death. As an artist the idea that you have to jump off a cliff and build your wings on the way down is strangely reversed in the case of the salmon, who have to leap upwards towards their end-of-life moments.

The Uninterrupted experience is designed for COVID times: 20 seats, all safely distanced from each other, and 20 VR headsets, sanitized between each screening. With four shows per night, docents are on hand to help and introductions are offered to provide additional context. The intent was to keep the experience simple and easy to access so that both younger and older audience members could participate. Grounding the experience in an actual recognizable location like the Cambie Street bridge has the added benefit of reducing the nausea and vertigo that can attend VR experiences. According to Wild, only two people so far have felt a little queasy during the 24-minute show.

Marrying technology with an impactful narrative sounds good but how to offset the innate loneliness and isolation of VR is another issue. As Wild says, the collective experience of watching the show during its 2017 run was like “surfing with the reaction of the audience.” With upwards of 1,200 people attending the outdoor screenings, generating an emotional experience came about quite naturally. VR is an altogether different creature, with people sitting in isolation from each other, plugged into headsets and earbuds. The synchronized aspect of the Uninterrupted VR experience means that audience members watch the same thing at the same time, but still there is something of a trade-off between the feeling of watching something in an unpeopled digital realm and jostling about with hundreds of other humans in the flesh. 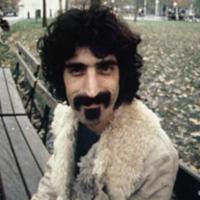 Film Festivals, Here and Abroad, Are Changing, and It’s Good

Spectacle lends itself easily to awe, but deeper, thornier experiences can get lost in the flurry of images and sound. To its credit, Uninterrupted has an emotional weight, aided and abetted by the ongoing perils that salmon face. Over-fishing, sea lice, dams, pollution and now terrible brutal heat waves have all taken a toll. For every 2,500 eggs laid by a single female, Wild explains, only one or two salmon will survive to maturity. Nature, red in tooth and claw, has always been a numbers game, meaning that the survival of the species rests upon a huge initial outlay of young members, winnowed down by the multiple predations of a hungry world.

Once the work finishes its run at the end of the summer, the plan is to tour. Although other cities won’t know the physical reality of the Cambie Street bridge, it was important for Wild to retain this framework as a larger metaphor about bringing wild rivers into the heart of an urban centre.

The ultimate intent was to create “a rocking cinematic experience delving into the wonder and poetry of fish,” she says. “The audience is there with us.”

'Uninterrupted' is screening on the šxʷƛ̓exən Xwtl’a7shn (formerly Queen Elizabeth Plaza) in Vancouver from Aug. 17 to 28.