The announcement that Kanye West, commonly known as Ye, wants to run for U.S. president may have been the ultimate surprise drop, but music and politics have been strange bedfellows for a long time.

Long before the Yeezy election campaign gets rolling, many musicians are feeling their political oats and occasionally making porridge. K-pop fans are running riot, punking Trumpkins wherever and however they can.

The band Lady Antebellum became Lady A after acknowledging the original name’s ties to slavery. The Dixie Chicks ditched the Dixie and became fuzzy yellow balls of killer fluff. Killer Mike stumped for Bernie Sanders. Taylor Swift had a political awakening. Neil Young joined Bruce Springsteen in calling out the current U.S. president for using his songs at rallies without permission.

There was even some clueless dude decrying the presence of politics in the music of Tom Morello and his band Rage Against the Machine. As one thoughtful Twitter commenter asked, “What machine did you think he was raging about? The dishwasher?”

All of this is like seeing history repeating itself, especially after watching the new documentary, White Riot.

The title doesn’t refer to a pack of Karens going nuts at Urban Fare, but to a song by the English punk band the Clash. A song from the band’s first album in 1977, White Riot was appropriated by British neofascists who mistakenly believed it was calling for a race war, a situation not entirely unlike Donald Trump supporters claiming Bruce Springsteen’s “Born in the U.S.A” as a right-wing power anthem without actually listening to the lyrics.

Like a three-chord rock song, the words may have changed but the tune remains the same. Racism, xenophobia and jingoistic thuggery, masquerading as patriotism, have been around so long one starts to wonder if they will go away. The answer is not without a fight, and a film like White Riot offers some useful lessons for the current generation of activists and artists battling the same old demons.

Director Rubika Shah’s documentary is a fascinating look, both forwards and back. Many of film’s elements resonate strongly in the current moment — not just the return of the damn Nazis, but the bleak social and economic conditions that enabled fascist forces to gain a toehold in the political spectrum.

Things kick off with a flashback to 1977, the year of the Queen’s Silver Jubilee, when wage cuts and social unrest in the U.K. had given rise to a dark hard time. Anti-immigration forces were blaming all of broken Britain’s problems on people of colour, and the National Front, a far-right political party, was making a play for genuine power. Martin Webster, chief organizer for the National Front, held rallies claiming that Britain was being overrun by “Black, brown and yellow invaders.”

At a show in Birmingham in August 1976, Clapton lost his proverbial shit and went on a racist tirade, issuing statements like “Stop Britain from becoming a black colony. Get the foreigners out. Get the wogs out. Get the coons out. Keep Britain white... ” Clapton also voiced his support for Enoch Powell, a member of Parliament and a hidebound racist of the first colonial order who advocated for the forcible deportation of all people of colour from British soil.

It was all a little too much for a man named Red Saunders.

Saunders was a working photographer by day and running an agitprop theatre group in London at night. Saunders recalls reacting to Clapton’s rant. “At first we just didn’t believe it.”

In a fit of rage, Saunders sent a letter to the music press calling Clapton the great colonialist of rock music. When the letter was published, a movement was born.

Rock Against Racism was originally conceived as “a cultural campaign against all-around British racism,” but the idea took root and blossomed into a groundswell of activism that tackled homophobia, misogyny and police violence. The ethos of the organization was to use music as means to break down people’s fear of one another and bring folk together, predicated on the idea that culture shared is culture loved. In other words: “Love music, hate racism.”

RAR was made up of ordinary people, and one of the first members to get involved worked in a print shop where the group’s newsletter, Temporary Hoarding, was produced. Soon enough, designers, punks and teenage girls joined up, determined to take a stand against hate and intolerance. Kate Webb, the youngest person to join RAR, was charged with dealing with the mail. After the Clapton callout was published in NME magazine, letters poured in from kids in every corner of the country determined to start their own chapters in tiny towns, fighting their fascist teachers and parents.

The film hammers home the scope of the problem with a montage of film and TV clips that featured racism as an ongoing joke in British society. As a number of thoughtful people, such as scholar Stuart Hall pointed out, racism was in fact a white problem. Pauline Black, singer for the band the Selecter states the reality more bluntly: “Rock Against Racism was white people finally waking up to the fact that ‘Oh my God, there’s racism here’.... Black people were living it.”

Director Shah has a wealth of archival material to work with, but some of the most poignant are interviews on the street with ordinary teens, who express their understanding of race and power with considerable eloquence and analysis.

Grassroots activism has a haphazard way of self-organizing. Shows comprised of ska, reggae and punk groups playing together brought in different audiences, and the resulting cultural explosion was like a train pulling into the station. As Saunders explains in the film, “All the punks and reggae bands got on.” The intent was to go further than just anti-racism, to use the lessons of the Prague Spring and the U.S. Civil Rights movement to address the systemic legacy of colonial racism in the U.K.

RAR took on a number of different causes, including England’s stop and search laws, a common police tactic that involved arresting people of colour on the suspicion that they might do something illegal. They challenged marches organized by the National Front, which were allowed to go through predominantly Black communities with police protection. During the infamous Battle of Lewisham riot shields were employed against anti-fascist protesters. Communities of colour were targeted for violence, and a series of racially motivated murders in London’s East End went unsolved. RAR organizers were also threatened, with their office firebombed and some members receiving bullets on their doorsteps as a message.

With emboldened gangs of skinheads and right-wing yobs, it was life or death for many immigrant populations. Kids couldn’t walk to school without getting jumped, shops were vandalized and anyone attending a Rock Against Racism event was advised to remove identifying pins or buttons lest they be targeted by fascist mobs.

What to do in such a situation but put on a show! 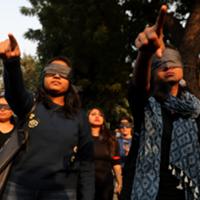 ‘The Rapist Is You’

RAR conceived of the idea of offering a concert, preceded by a march from Trafalgar Square to Victoria Park right through the National Front’s stronghold in central London. With support from the Anti-Nazi League the idea took on a life of its own, as RAR organizers got the necessary permits, built a stage and booked bands including the Clash, Steel Pulse, the Tom Robinson Band and X-Ray Spex with its powerhouse frontwoman Poly Styrene.

The Carnival Against the Nazis didn’t get off to a roaring start. When organizers arrived in Trafalgar Square on the morning of the march it was largely deserted. But soon buses began to roll in, disgorging punks, activists and ordinary folk from across the country who’d come to voice their support for the cause. Some 100,000 people marched through London, drowning out the Sieg Heils of National Front supporters.

The concert in Victoria Park, taking place on a hastily assembled stage with a shitty PA system, began with Poly Styrene’s towering, raging anthem “Oh Bondage, Up Yours!” When the Clash took the stage to perform “White Riot,” history was made.

As Red Saunders says, summarizing the event: “Ordinary people, we can do things, we can change the world.”

It’s a suitably stirring climax, but the film leaves lingering feelings in its wake. Namely, how many times must these battles be fought, and why the hell are Nazis still a thing?

There are contemporary equivalents of Rock Against Racism, including organizations like Love Music Hate Racism, as well as individual musicians putting their political positions into their work. 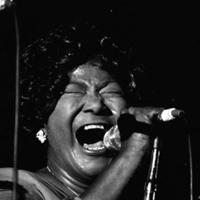 There’s a clarity to the story of RAR that current events simply don’t have access to: evil Nazi skinheads versus passionate community activists. The contemporary convergence of music and politics is a little harder to wrap your head around. This is especially evident in this moment when a revered hip hop icon like Kanye West seems keen to embrace totalitarian ideas, and firefights break out between left and right over who gets to claim different songs. Even musicians themselves seem uncertain on how best to capture the spirit of the moment. Definitive protest anthems are few and far between. But this fractal moment might not be altogether bad.

As Jennifer Wilson noted in her terrific essay in the New Republic, there isn’t any one protest song, there are many.

“There is, after all, no shortage of music that speaks to the cycle of rage, mourning, and defiant hope that Black Americans have been experiencing on a loop for centuries now; in fact, such songs largely serve as the foundation of American popular music. The result has been a beautifully scattered playlist, one that reflects the radically decentralized nature of the Black Lives Matter movement itself.”

Be it punk, reggae or hip hop, it is once again the time to sing your own protest song.

'White Riot' is available to screen as a virtual cinema ticket through participating theatres across Canada beginning Thursday.