Donald Trump might melt into a yellow puddle of leaks, tweets and tantrums tomorrow. He could be led off in a straight-jacket by Stephen Colbert — but it wouldn’t begin to resolve the terrifying set of questions he has surfaced. Like:

Just how much toxic bile does reside in the body politic? How responsive is it to total bullshit? How much damage can be done in it its name, once unleashed? After Trump, does just a less bozo fascist win?

Or can the good in human nature — rebellious, but constructive, smart and cooperative — be tapped to defeat Trumpism? No one doubts anymore populist anger is real — can it deliver real reform?

The DOXA Documentary Film Festival runs May 4 to 14 in Vancouver. The full program for the festival can be found here.

Screening info for PACmen is here.

Screening info for Waking the Sleeping Giant is here.

Screening info for Ada for Mayor is here.

To such musings, a trio of films showing in this years’ DOXA festival brings clarity and even hope.

If you are wondering what diabolical alchemy could have possibly converted tycoon Trump into the outsider candidate for America’s forgotten little people, may I suggest PACmen. It isn’t about Trump but Ben Carson, the African-American, fundamentalist Christian neurosurgeon who, for a brief moment, looked to be the perfect self-made Republican hero. As he sweetly brags: “I went from the bottom one per cent to the top one per cent!”

We meet the pawns, too, white suburban evangelicals enlisted to recruit Republican primary voters by phone and on foot. They are very worried that the United States increasingly looks and sounds quite unlike the insides of their churches. Their speakerphone meetings always end in prayer, the pious millionaires joining their petrified plebians to thank the Lord for sending Ben Carson to “save America.”

But whoops. It’s the devilish Trump who goes on to scoop 10 times Carson’s evangelical votes, even though, as one Carson pacman says to another, “Trump wouldn’t know a Bible if it hit him in the head!” Sousa lets that settle in and replies, ominously: “Interesting.”

Credit where due: Carson’s pacmen were early to guess widespread disgust with politicians made running a non-politician a good bet. But after Carson bumbles one too many times, one of his pacmen names the game — and the fear churning his particular gut. Without a Republican in the White House, furious citizens will make life hell for One-Percenters like himself, whom he calls “producers.” He’s shifting his cash to Trump, the hate-mongering fake populist, because Trump is winning. Trump will protect him.

President Trump, as we now know, wasted no time in selling out the faith and family voters who believed he would topple Washington’s corrupt order. He’s packed his cabinet with Wall Street kings (and Ben Carson) and set about slashing taxes for the wealthy while stripping health care from 24 million vulnerable citizens. Trump might keep up his populist charade as long as his Rasputin Bannon churns out conspiracy theories and wedge issues, but only if current spasms of progressive opposition don’t morph into a full-blown movement built to last and win.

Such a movement began to weave itself during Bernie Sanders’ campaign for the Democratic presidential candidacy, and this is the subject of Waking the Sleeping Giant. It’s bracing to see how early and easily Sanders connected. Before he’d even decided to run, he tells a room full of Iowans they are the producers — “producing more than 20 or 30 years ago, but wages are going down.” To these nodding Walmart shoppers he says, “The Walton family owns more wealth than the bottom 40 per cent of the American people. One family.”

Here’s one right out of Trump’s script: “You can’t keep doing what you’re doing. You can’t keep beating down the middle class. You can’t keep buying elections. You can’t keep sending our jobs to China. That’s wrong.” But this is Sanders, a self-labelled “democratic socialist,” explaining his agenda and receiving, that day in Iowa, a standing ovation.

How it stings to watch it, knowing that Hillary Clinton chose to obsessively court Wall Street, spending most of her $1 billion raised on ads that, by one analysis were “almost policy free” and aimed instead to make people feel dumb and dirty for resonating to Trump. Sanders’ prescription was the opposite: “Our job is to mobilize.”

Among those inspired by Sanders to mobilize herself and others is Sabrina Shrader, a young white woman who barely scrapes by in West Virginia coal country. She is running for office for the first time as a Democratic candidate for the state house. Schrader is union-backed, has a sister who’s battled drug addiction, and displays Bible verses on the walls of her house. She knows first-hand that “living in poverty creates toxic stress.” In her opinion, “right now in America, most everyone hates themselves right now ’cause we’re stuck right now.” But what unsticks Schrader are these two things: Jesus’s teachings of empathy — “All people deserve love,” she tells voters, “and no sin is greater than another” — and Sanders’ program to re-distribute opportunity and wealth.

The documentary makers invite us to see Schrader as an arm, maybe a little toe, of the rousing giant, joining unionists, Black Lives Matter activists, academics, environmentalists, LGBTQ advocates, the quite religious and the not religious, all manner of just plain decent hard-working people, red staters, blue staters, rural dweller and urbanites, and yes, one or two quoted members of the liberal media, in channeling her anger into a politics of inclusivity. 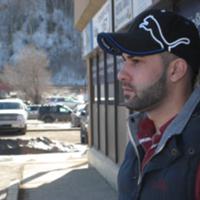 A Filmmaker Went to Fort Mac to Tell Residents’ Stories, and Then Everything Changed

That anger. It is hungry and one way or another must be fed. At one point in PACmen, Ben Carson is perplexed. “People love me! They just won’t vote for me. But that’s ok!” But it’s clear the surgeon blew it when he made his slogan “heal America.” That’s no battle cry, and voters were ready to rumble when they chose Trump.

The war must only escalate when and if people realize they’ve been Trumped, left to fend for themselves as moneyed elites deepen their political control. Could such a war (“Our Revolution” as Sanders now calls it) be fought and won with creativity and joy alongside the anger, in a way that leaves most citizens feeling affirmed by democracy’s workings?

Well, that’s exactly what is at stake in Ada for Mayor, a documentary about the unlikely run for mayor of Barcelona by Ada Colau, an affordable housing advocate with one toddler and no political party. The movement she comes to lead might look a bit like Occupy Wall Street at first, but taken inside by the documentary makers, we see it’s very different because it’s all about the careful, good faith brokering of an alliance of many different populist and progressive political groups with a focus on establishing core principles, sticking to them and winning office. A bit of brilliant branding doesn’t hurt either. I will not reveal much more about this one in order to avoid spoilers.

Suffice it to say that all of us, having been Trumped, must guard against despair. Drip, tweet, drip... each new intrigue, outrage, and weird-ass poll result raises more harrowing questions about the very essence of human nature. I submit that human nature is up to the job if appealed to properly and joined to a savvy new way of doing politics and getting people elected. Trumpism can be repealed and replaced in Washington, in your town, in an angry, hurting heart. That is the fact-based conclusion one must reach upon viewing Ada for Mayor. You’ll see. And you’ll feel a bit less terrified, I promise.

The filmmaker behind PACmen, Luke Walker and this essay’s writer, David Beers, will converse when DOXA shows the documentary Sunday, May 7, 8:30 p.m. at the Cinemateque in Vancouver. Info here.