Viewers of Canadian television might not know it, but white women hook up with Asian guys a lot. Sometimes they even get married and have kids (I’m living proof). And despite the growing prevalence of “mixed unions” in this country — more than 360,000 couples, according to Statistics Canada — Tuesday night was the first time I’ve seen an Asian man depicted as sexually attractive to a white woman on TV.

We can thank the new CBC series Kim’s Convenience for this pioneering moment in entertainment history. Chiseled bad boy Jung Kim (played by Simu Liu) applies for a promotion at a car rental agency, to the delight of his lovelorn boss: “I think you’d do a great job. You’ve got wonderful people skills, strong physical presence, amazing posture,” swoons budding cat lady Shannon (played by Newfoundland comedian Nicole Power). “When I picture someone under me — working under me, that someone looks a lot like you.”

It was just one of the familiar, yet rarely televised moments that had Asian-Canadian viewers celebrating.

So proud and excited to see my lived experience come to the screen #KimsConvenience #grewupworkingatthestore https://t.co/U79Cihdq2J

#KimsConvenience: I love that this looks and feels like *my* Toronto. So topical, so relevant. Full of colour. At long last on TV! #OKSeeYou

I've never felt so proud watching a tv show than I did tonight. #KimsConvenience #asiancanadianpride #congratulations

Adapted from a play by Ins Choi, the show has a willingness to laugh at uncomfortable aspects of the immigrant experience that makes it resonate far beyond the Korean community. Inter-Asian resentment? It’s a thing. Rigid scholastic expectations? Awkward church events? Unwelcome matchmaking? All too real. These generational rifts, including a badly broken father-son relationship, are what give Kim’s Convenience its heart.

But is this dish ‘authentic’?

The show’s pan-Asian accessibility is mirrored by the cast, which is... well, not entirely Korean. Simu Liu was born in Harbin, China. Calgary comic Andrew Phung, who plays Jung’s dirtbag roommate Kimchee, has Chinese and Vietnamese heritage. And the family’s dashing priest is played with a thick Korean accent by Hiro Kanagawa, a veteran character actor from Vancouver by way of Sapporo, Japan.

So far it’s not something reviewers or fans have taken up. “I don't really see a problem with it,” says Korean-Canadian actor and writer Paul Bae. [Disclosure: Paul was also my high school English teacher.] “I only know a handful of Koreans who have fully invested themselves in acting as a profession. So I’m guessing they couldn’t find suitable Koreans to cast for certain parts. Besides, it’s acting. If a Chinese guy can pass himself off as a Korean, why not?”

I mostly agree. Wagner Moura, the Brazilian actor who plays real-life Colombian sociopath Pablo Escobar on Netflix’s Narcos, had to learn Spanish for the role. He’s fantastic. So is Juan Riedinger, the Banff-born German-Peruvian actor who plays drug runner Carlos Lehder. And like South American actors trading nationalities, Asian cultures seem to have developed a certain entente when it comes to playing each other on TV — or opening competing sushi restaurants.

It’s a poorly kept secret among Vancouver’s Asian communities that aside from marketing each other’s cuisines, we do the accents too. I’m still embarrassed by the memory of a visit to A&B Sound with my Japanese-Canadian dad when I was a teenager. I was looking at a car stereo system when he began ranting at me in a loud Cantonese accent about my supposed fondness for street racing (not true). I begged him to stop, but it only fed his enthusiasm. Naturally, the other customers didn’t bat an eye. The joke was obvious: they couldn’t tell the difference.

There’s something similarly cheeky about Kanagawa (who talks like a CBC weatherman in real life) adopting the sibilant sing-song cadence and extra syllables of Pastor Choi on Kim’s Convenience. He pulls it off, just like series lead Paul Sun-Hyung Lee. Lee sounds much like Kanagawa (or my dad) off-set, but employs a thick Korean accent to play the Kims’ gruff but endearing patriarch, Appa. The show’s goal seems to be to unearth shared truths that speak to Korean immigrants — and a much larger audience at the same time. If that balancing act can be achieved by borrowing artists from different backgrounds, hey, that’s show business. 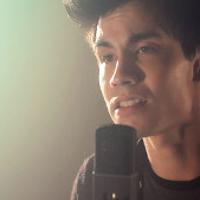 A different issue pops up in the second season of The Romeo Section, also out this week. CBC’s Vancouver spy thriller is another showcase for local Asian-Canadian acting talent, though mostly in more well-worn roles: triad kingpins, shadowy consular agents, gangsters and their girlfriends. The exceptions have been Marcus Sim, as a B-movie director who dabbles in the seedy world of heroin smuggling, and series standout Jemmy Chen as Lily Song.

Her character, a UBC professor with a hidden family connection to organized crime, becomes both the love interest and possibly the greatest danger to series lead Wolfgang McGee, played by Andrew Airlie. Over the 10 episodes of the first season, Chen’s character is drawn into an increasingly complex web of allegiances, as she plays Chinese and Canadian intelligence assets off each other amid a major power shift in the Pacific.

This week Chen was gone, abruptly replaced in the role of Lily Song by actor Leeah Wong. In the world of espionage drama, where a tiny detail can make the difference between life and death, it felt strange for a show full of professional spies to carry on without noticing the new face at the table. An email to CBC chief publicist Katherine Wolfgang yielded only this as an explanation: “Jemmy Chen was replaced by Leeah Wong due to scheduling issues.” Crew members on the show were similarly tight-lipped.

It’s not an unprecedented move for a drama series. The character of Daario Naharis, Queen Daenerys’s lover on HBO’s Game of Thrones, was played for three episodes by actor Ed Skrein. Michael Huisman replaced him in season four and has carried on since. The two look nothing alike. Fans were confused, but eventually got over it. Skrein later described his departure as “political.”

I don’t know the full story behind Chen’s replacement. But I do wonder if the switch was made easier by the notion in North America that Asian people “all look the same.” Like it or not, it’s part of the reason so many Vancouver sushi restaurants succeed — and why the multi-ethnic comedians on Kim’s Convenience are safe playing Korean characters. In that case, we’re all in on the joke. I just hope it didn’t contribute to the decision to swap out a key actor on The Romeo Section without explanation.

Overall, this is not a week to complain about minority representation on television. We have, for the first time in CBC history, a show led entirely by real Asian-Canadian actors, playing Asian-Canadian characters. Given recent history, that’s a pretty big deal.

Two generations ago it was perfectly normal for John Wayne or Yul Brynner to simply embody Asian historical figures like Genghis Khan or King Mongkut. “Yellowface” was a feature of the entire 20th century, with Mickey Rooney, David Carradine, Tracey Ullman, Rob Schneider and other white actors donning face paint and squinty eyes to play Asian characters. When Asian women did get screen time in Hollywood, it was often as exotic femmes fatales. For men it was pathetic weirdos like “Long Duk Dong” in >em>Sixteen Candles, “Mike Yanagita” on Fargo or Ken Jeong as the micropenis-afflicted Mr. Chow in the Hangover series.

In another generation maybe we can ditch the immigrant-parent accents, funny as they are, or have an Asian lead on a cop show or drama without it being a big deal. The public broadcaster is certainly pushing in that direction with its TV lineup this fall. Says Paul Bae: “I’m hoping the CBC gives Kim’s Convenience a chance to fully find its feet and grow into its own rhythms. Most sitcoms seem to take a season or two to find themselves and I think Kim’s Convenience has a good shot at growing into a Canadian classic.” I hope so, too.