It was impossible not to be moved by Imitation Game screenwriter Graham Moore's Oscar acceptance speech about his teen suicide attempt. However, The Imitation Game itself is a steaming pile of homophobic and misogynistic crap. (And incidentally, despite appearances, Moore spoke up almost immediately after his speech to clarify that he is straight.) 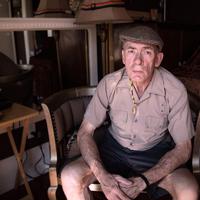 Wait, isn't the movie all "yayz for the gayz?" That's the bandwagon it tries to ride, but it does so by serving up a giant helping of last-century stereotypes that any Republican senator would find comforting. (It's also factually wrong in dozens of ways.)

Above all, the Imitation Turing, though persecuted for his sexuality, demonstrates no sexuality at all in the movie. He's a celibate queer martyr. The most graphic scene isn't graphic at all. He merely talks about "paying another man to touch my penis." According to the movie, this handsome, athletic and charming man has to pony up cash just to get a hand job.

As Christian Caryl writes in the New York Review of Books, this movie "can't bring itself to show him kissing another man -- something he did frequently, and with gusto. And it most definitely doesn't show him cruising New York's gay bars, or popping off on a saucy vacation to one of the less reputable of the Greek islands" (as he did in 1953 after his hormone punishment ended).

The Hollywood Turing is just a collection of anti-gay clichés rolled into one -- a rich, precious and bitchy snot. He has no personal power, needing a good (straight) woman to take care of him and tattling to Winston Churchill when he doesn't get his way.

The real-life Turing was urbane, witty, loved by children and a world-class athlete who, even injured, placed fifth in Britain's 1948 Olympic marathon trials. He would sometimes run 50 miles to London for meetings. But that doesn't fit the movie's tragic victim storyline. (In the film, he seems to be randomly sprinting -- away from his demons?) In 2015, when even football linebackers are coming out of the closet, this film regresses and portrays Turing as a passive, frail homosexual -- which he definitely was not.

Turing was a confident, sophisticated athlete who got along well with his colleagues, not a socially inept idiot who couldn't figure out that they were going to lunch. Peter Hilton called Turing "unassuming" and "agreeable." (Hilton was the guy in the movie with a brother on a navy boat. Also fake. His brother was a doctor who never left shore, and Hilton wouldn't have asked for special treatment if he had.)

The worst lie in the film implicates Turing's character and patriotism. In the 1950s, the risk of blackmail was often given as a reason to deny jobs to gays. That never seemed to materialize in real life, though J. Edgar Hoover certainly tried, but this movie invents a phony example. It shows Turing, threatened with exposure, agreeing to conceal a Soviet spy. In other words, the film falsely accuses him of major treason. As British historian Alex Von Tunzelmann wrote, "Creative license is one thing, but slandering a great man's reputation -- while buying into the nasty 1950s prejudice that gay men automatically constituted a security risk -- is quite another."

The falsifications reach their peak in the movie's tragic finale, where Turing commits suicide after being ruined by the hormones he was forced to take. Now misogyny steps in. When Hollywood Turing gets girl hormones, he just mopes around, crying, and loses all ability to think. He can't even do a crossword puzzle! Hmm. What does that tell us?

In real life, the hormone "treatments" ended at least a year before he died, and Turing appeared sharp and vigorous afterward. He continued top-level scientific work on quantum mechanics, what we now call "neural nets," and the math underlying biology through it all.

In this movie, though, female hormones make people stupid. Intelligent Joan Clarke is happy to marry a man who can offer her no sex, while her flirty friend -- the only other woman who gets any screen time -- is dumb as a post.

This is the most ridiculous part of the movie. Clarke's friend is one of the women who patiently write down all the gibberish messages -- with each letter scrambled independently -- for the men to decode. Somehow, though, she broke this unsolvable code without computers or code breakers but by just using her feminine intuition, because she knows that every message starts with the name of the sender's girlfriend.

It never occurs to this silly bird that sharing her discovery might help the code breakers. It's just a sweet gesture that she has noticed and only mentions in order to flirt with that sexy cad Hugh Alexander. Thank heavens there's a man around who can grasp the value of her information!

There are dozens of other lies -- Turing didn't build the first computer, Enigma was solved early on and the efforts in the film were for another, tougher code named FISH, etc. But it's the cinematic emasculation of Turing that is most offensive. As Christian Caryl notes, "In perhaps the most bitter irony of all, the filmmakers have managed to transform the real Turing, vivacious and forceful, into just the sort of mythological gay man, whiney and weak, that homophobes love to hate."