Something is wrong with a country's political discourse when that discourse is dominated by a man who can't write. 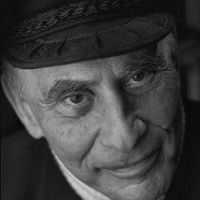 That man, of course, is Peter C. Newman, who has been bloviating about Canadian business and politics for over half a century. I recall Renegade in Power, published in 1963, as an entertaining takedown of John Diefenbaker. But I was young and impressionable then.

That was not long after Theodore White published The Making of the President 1960, which created a new genre of political coverage. It would soon be followed by Joe McGinniss's The Selling of the President and the New Journalism of Tom Wolfe and Norman Mailer. All featured authorial ego and self-consciously clever writing.

The rest of us have moved on from New Journalism, probably because the only ones good at it were Wolfe and Mailer. But Newman has stuck to it, and prospered mightily. He has, after all published a string of books since 1959. They have done very well. He also edited Maclean's from 1971 to 1982, imposing his own metaphor-rich style on it.

For years I have avoided Newman's books on style grounds alone, though the reviews and interviews were harder to ignore. With his latest book, the media buzz was intense: Newman was proclaiming the death of the Liberal Party, so it must be true.

Like the reports of Mark Twain's death, this obituary too is exaggerated. But exaggeration -- hyperbolic over-exaggeration, generously garnished with clichés -- is at the core of Newman's style.

Consider this description of Newman's first interview with Michael Ignatieff. In a single sentence running for 13 lines, Newman writes (with my emphasis): "...he had already staked out his claim to being the cool dude among the posse of his down-market rivals -- never mind that his surprising emergence as the candidate to beat..."

For Newman, Ignatieff needed policies "to fanfare across the land," rather than merely announce. He describes Ignatieff's campaign team: "Bright-eyed, bushy-tailed, and single-minded, they became the leaders of Ignatieff's Praetorian Guard." When Ignatieff fires them, it's a "massacre of the loyalists." (Never mind that emperors didn't massacre their Praetorian Guards; it was always the other way around.) These terms look even more tedious when Ignatieff gets an occasional monologue; he expresses himself clearly, without trying to be cute or "vivid."

Newman injects himself into the narrative with autobiographical frequency. He tries to tell Stephane Dion a dumb joke ("Change your first name to Celine! You'll win by a landslide!") and then criticizes Dion's "sense of humour slumbering undisturbed." When he interviews Ignatieff, every question starts with "I": "I reminded him..." "I asked..." "I commented..."

Structurally, the book is a mess. No doubt his argument requires historical evidence, so in flashbacks we get a potted history of the Liberal Party. But Newman's style reduces that history to jokes, quotes and anecdotes that sound like recycled excerpts from his earlier books.

These background chapters pop up almost at random, and explain little about the Liberals' collapse on May 2. Instead, they offer gossip about long-dead Liberals who succeeded or failed, as if the party itself had no structure or culture, and no influence on its individual members. They feel like padding, filling out a book that was supposed to be about Ignatieff's triumphant rise to power.

That's another aspect of Newman's writing: he's fascinated by winners but they often turn out to be losers. So he's done books on the Bronfmans, on Conrad Black, on Brian Mulroney, and on Izzy Asper. In the current example, Newman has tried to explain what made Ignatieff such a rapid loser. Ignatieff's written works evidently didn't explain enough about the man, so Newman even consulted a Jungian psychoanalyst, no less, to try to figure him out.

Few seem to share my opinions of Newman. On Amazon.ca at year's end, When the Gods Changed was ranked #1 in books on political parties and leadership, #2 in Canadian books, and #164 among all Amazon bestsellers. (However, after the Christmas rush it dropped to #12,580.)

This tells me that Canada's media and political junkies regard our politics as a form of entertainment, a soap opera best discussed in breathless clichés. Political leaders are merely characters in a psychodrama, not advocates for ways to run our country. Their personalities, not their programs, are what matter.

Obviously not all Canadian political writing is as trivially pompous as Newman's. Tom Flanagan, an academic, wrote a lively and readable account of Harper's Team that diagnoses the Liberals' malaise much more perceptively. Lawrence Martin's Harperland is another example of sound political journalism. Yet such books don't achieve Newman's readership: Amazon.ca ranks Harper's Team at #58,054, and Harperland at #14,600.

It may be that Newman, Flanagan, Martin, and others are irrelevant in an age when political points are made in no more than 140 characters. Whether written in Newman's archaic style or clear, straightforward prose, political books may simply be obsolete.

But at some future date, when blogs and tweets are as inaccessible as the data on a 5-inch floppy, historians may find a copy of When the Gods Changed. Whether the Liberals have died by then or not, I doubt that Peter C. Newman's book will throw much light on their fate.