When we think about black Americans between 1860 and 1960, we think about laws and policies, not about people: Emancipation, Reconstruction, Jim Crow, civil rights. Only with civil rights did black people themselves seem to take part; everything else was generated by whites, and even civil rights required Lyndon Johnson's efforts to become law. 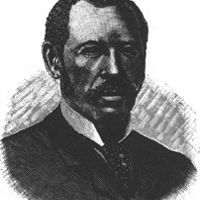 The people who actually lived through that century, however, were quite as vivid and engaged as today's blacks, but they had to cope with a far more hostile environment.

In my book Go Do Some Great Thing, I followed the life of businessman-politician Mifflin Gibbs, but I knew little about what had happened to the family he fathered while living in Victoria in the 1860s. Now Adele Logan Alexander, a historian at George Washington University, has written about the whole Gibbs family, including Gibbs's remarkable wife Maria.

The Gibbses had six children, who followed their mother back to Oberlin, Ohio when the family broke up. Of the four sons, two died young and the other two were nothing like their ambitious father.

The daughters, as Alexander shows, were remarkable women. Hattie, born in 1867, pursued musical studies at Oberlin, became a fine pianist, and founded (with her father's help) a music school in Washington D.C. She would also write a history of Haiti.

Ida, born in 1862, also studied at Oberlin, earning one of the very few BAs ever awarded to a black woman. She went on to another year of music studies, and then taught Latin and mathematics at a black school in Alabama. She travelled with her father to hear Hattie perform a recital in Minnesota, where she met a good-looking hotel porter.

Billy Hunt, born a slave in 1863, had real potential: he was smart, ambitious, and not very black. Before leaving for a tour of Europe, Ida encouraged him to get an education.

He had done so, in a kind of Horatio Alger story of pluck, luck and lies that Alexander has explored in detail. After meeting Ida, he got a job as a porter on the Canadian Pacific. He made a good impression on none other than William Van Horne, the president of CP, who wrote a reference letter for him.

That in turn got him into Lawrenceville Academy, a prep school whose graduates still populate the Ivy League. Passing himself off as much younger than he was, he graduated at 31 in 1894 and won a scholarship to Williams College in Massachusetts.

During all this time, Hunt had stayed in touch with Ida, and when her father won a consular appointment to Madagascar in 1897, she made sure Billy Hunt would be appointed as his clerk. (Gibbs got the job as backhanded thanks for his service to the Republican Party, but he came home neither a Republican nor a supporter of the new American imperialism of Republican Teddy Roosevelt).

Hunt himself became consul after Gibbs returned to the U.S., and he was still in that position when he married Ida in 1904. Supposedly he was only 34, while both were really about 41. He would go on to a long career in the foreign service. 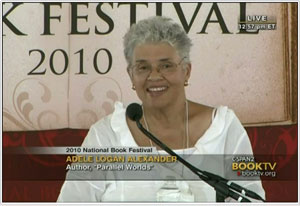 The story of Billy Hunt and Ida Gibbs would be of little interest today, except that it throws light on an almost forgotten aspect of U.S. history: the parallel world of educated blacks in a time when most whites sincerely thought blacks incapable of education. Together, Billy and Ida gamed a racist system and sustained a beleaguered black intellectual community.

They had one advantage: They were sealed off culturally, but not geographically. The U.S. State Department in the late 19th century had found it politically convenient to send a few black ambassadors and consuls to countries and colonies with non-white majorities.

The diplomat and the advocate

Once established in the foreign service, Billy was a highly competent diplomat who got along well with the French colonial authorities in Madagascar. That led to a long consular appointment in France, followed by assignments to Guadeloupe, the Azores and eventually Liberia.

Ida was not always with him; she spent some of her time back in the U.S., agitating for black education and for a Pan-Africanist philosophy that would make black Americans more aware of what they had in common with blacks elsewhere in the world. She was just one of many intellectuals trying to find a place for blacks, whether in the U.S. or Africa.

In effect, Ida's generation was dealing with the same problem her father had faced in gold-rush San Francisco: To stay in a hostile "white man's country," or move elsewhere. Her brother Horace supported Marcus Garvey's "back to Africa" movement. She became a friend and colleague of W.E.B. DuBois, a Pan-Africanist with whom she had a difficult relationship. DuBois was brilliant, but egotistical and a womanizer, and the politics of the black elite could be vicious.

After World War I, Ida played two roles: the wife of the much-liked U.S. consul in St. Etienne, France, and the organizer of major Pan-Africanist congresses in Europe, one of which may have included a young Indochinese we know as Ho Chi Minh.

By 1922, Ida was 60, when she and her husband might have reasonably expected an early retirement. But Billy's false birthdate, needed to get into Lawrenceville and William College, meant he would have to work well into his 70s. 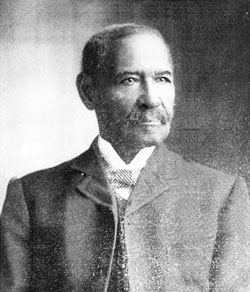 Mifflin Gibbs: Patriarch of a family started in Victoria in the 1860s, he was a politician and founded a bank.

By then the wealth of Mifflin Gibbs could no longer help support them. The old man had died in 1915, at 92, after the failure of the bank he'd founded. Ida's brother Horace Gibbs had looked after the family properties, but by the 1930s he was a demoralized alcoholic. Hattie Gibbs had married a brilliant black lawyer who served with distinction in World War I, and then in U.S.-occupied Haiti. Hattie would later write a history of the country.

On the edge of Martin Luther King's 'dream'

Eventually Ida and Billy did retire, living quietly in Washington through World War II. Billy died in 1951 at 88. Ida carried on, living with relatives and writing letters to the Washington Post. In 1950 she argued for desegregating the public schools where she had taught in the 1890s. In December 1957, aged 96, she died in her sleep -- a long way from her first home at Michigan and Menzies in Victoria.

Adele Logan Alexander, herself a descendant of the forgotten black elite, has done a superb job of re-creating the world of Mifflin Gibbs and his children. She runs into some confusion distinguishing the colony of Vancouver Island from the later colony of British Columbia, but understands the colonial politics and the blacks' role in them. And her research puts the Gibbs family firmly in the context of black intellectual history from the age of the Civil War to the age of civil rights.

Just as we in B.C. have forgotten the role played by our black pioneers, the Americans have forgotten the contributions of their own blacks during the long dark age between the end of Reconstruction in 1877 and Little Rock in 1957 (where the black high school was named for Mifflin Gibbs). We would live in a much worse world without them.