Probably the most famous line Pierre Berton never wrote was the definition of a Canadian as someone who can make love in a canoe. The line is attributed to Berton in the Oxford Dictionary of Quotations, as well as Colombo's Canadian Quotations, but it turns out, at least according to Brian McKillop's biography of Berton, that the legendary British Columbia newspaperwoman Ma Murray may well have said it first. 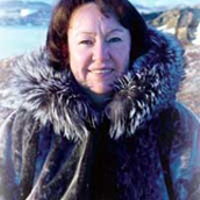 Who Are Great Canadians?

If Berton did not write the canoe quip, it was just about the only thing that he didn't write. McKillop's book, Pierre Berton: A Biography (McClelland & Stewart), makes clear that Berton was prolific to the point of incontinence. At one point during the 1960s, he was writing a daily newspaper column for the Toronto Star, starring in his own television interview show, appearing weekly as a panelist on the quiz show Front Page Challenge and daily on radio with a brief opinion piece, as well as producing a book a year. The most astonishing example of his productivity? He wrote the first draft of his railway history, The National Dream, in a month, the time it takes most authors to organize their thoughts. When the CBC turned his railway books into a historical docudrama, Berton himself was the presenter. He once had three books on the bestseller list at the same time, and periodically he dropped by Rideau Hall to pick up another Governor General's Award. Just reading about his output left me exhausted, not to mention green with envy.

To be honest, until I read McKillop's book I had never taken Berton very seriously. I considered him faintly embarrassing, in the way that fathers are often embarrassing to their sons. The billowy side whiskers, the floral bow tie, the absurd safari jacket he wore to host the television series, the corny repartee on Front Page Challenge: these were the affectations of a self-satisfied old fogey. Or so it seemed.

What McKillop's biography reveals is the activist side of Berton's career. For example, his 1951 coverage of the Korean War for Maclean's was remarkably critical for the time. When he returned from the battle zone, instead of cheerleading for the troops, Berton wrote an article that questioned the whole basis of the war. "Can you win a war in this tragic year of 1951 as you win a prize fight, by brute force in the fifteenth round?" he asked. His take on Korea reads very much as if he were writing today about Afghanistan.

In 1963 Maclean's dropped his column, ostensibly because of his views on teenage sex (he did not condemn it), but McKillop thinks the firing had as much to do with Berton's then-controversial views on public medicine (he supported it). Whatever the reason, Berton would not pull his punches to save his job. Later he co-founded the nationalist Committee for an Independent Canada, a group of media and academic heavyweights who despaired at the country's dependence on American capital and American culture, and he was a charter member and longtime supporter of the Writers' Union of Canada. In other words, Berton was a passionate guy who was unafraid to put his opinions into practice. He used his celebrity -- and McKillop argues that he was "Canada's first modern celebrity" -- in the best way, in support of causes in which he believed. (He also used it to bed the girls, but that's another story.)

Berton's reputation as a "popular historian" rests on his fine history of the Klondike gold rush, the railway books and a shelf full of other histories of varying quality. He was not a deep thinker or a particularly fine stylist, but he was an energetic spinner of tales, and it was his ability to create memorable characters and weave them into robust, romantic stories that won him so many readers.

His popular success earned him the resentment of many academics, some of whom dismissed his books as "mere storytelling." I always considered this sniping between popular writer and academic to be a sign of our cultural immaturity. Other countries seemed to be able to tolerate books by amateur historians alongside books by their ivory-tower brethren. Not in Canada, however, where a writer like Berton was attacked for making his books interesting (and, one suspects, for the size of his royalties as well). Happily, that debate has faded and the country is full of post-Berton popular historians who feel no pressure to apologize for what they do.

The business of bolstering

Still, the critics had a point. The essence of "popular" writing in any genre is that in the end it does not challenge accepted conventions. Berton was no exception. He belonged to the "a nation is a group of people doing great things together" school of historical writing. He presented his subjects warts and all, but in the end he wanted Canadians to feel better about their country. "Even as he went about puncturing some Canadian myths," writes McKillop, "he did so in a way that heightened historical awareness and bolstered Canadian pride and spirit."

I can't imagine that any serious historian, academic or otherwise, would be interested in "bolstering Canadian pride" -- at least I hope not. Perhaps this is why so many popular writers slip into obscurity within a generation. Who recalls Thomas B. Costain, also an editor at Maclean's, or Frank Underhill, who in their day were every bit as popular with book buyers as Berton? The status quo changes course, leaving the popular writer awash in its wake. At least that is the argument with which those of us who do not enjoy Berton's sales figures console ourselves.