Everyone knows How the Grinch Stole Christmas. The older folks hold Jimmy Stewart's It's a Wonderful Life close to their holiday hearts. The younger folks do the same with the Will Farrell's Elf. These are what the canon calls classics. But what about the smaller holiday video gems that sparkle quietly in the snow outside this cozy canon? 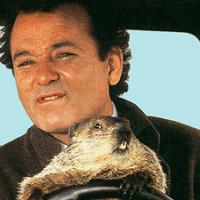 Here are three of our favourite little-known holiday specials.

Less well-known than its Disney Christmas brother, Mickey Mouse: A Christmas Carol, The Small One tells the tale of a diminutive old donkey of the same name who lives just outside Nazareth with his best friend "Boy" -- the only name he gets-- who is, in fact, a boy who happens to live in first century A.D. Despite the strong relationship between the two, Boy's dad forces him to sell Small One because he's costing the family more than they can afford in feed.

What follows is a ghastly lesson in where leather sandals come from, how cruel adults can be and how crappy tax rules under Roman rule were. An allusion to Small One's role in the birth of Jesus is tossed into the mix to make for a happy, Christmas ending.

Clearly PETA learned a thing or two from The Small One. The one-hour film features horrific scenes of a tanner's workshop, complete with sad-looking animals, evil fat men who humiliate and physically abuse animals, and racial stereotypes that conflate Jewish people with a love of money. Still the film manages to be more subtle and less offensive than any of the animal rights organizations' recent advertisements. Perhaps that's because unless your shoes are made from authentic donkey leather, you might miss The Small One's message altogether.

(As bad as this sounds, this movie makes me weep every single time.)

It premiered as a holiday television special on ABC in 1987, and its contemporary popularity was largely eclipsed by the 1992 blockbuster release of The Muppet Christmas Carol, a musical-fantasy-comedy movie. But don't let that feature-length Dickens adaptation and a fulsome live-action cast fool you for one more second: A Muppet Family Christmas, lovingly shot in Toronto, is a massively superior work -- narratively, aesthetically, artistically and spiritually.

The show begins with most of The Muppet Show cast (it's established early on that they are friends from work) driving a pickup truck through a snowstorm. Miss Piggy's conspicuous absence leads to more blizzardy adventure later on. The gang is headed to the farmhouse of Fozzie Bear's mother to surprise her for a Christmas visit. Unbeknownst to those in the truck, Ma Bear has surprised everyone by leaving her snowy farmhouse to spend the holidays in sunny Malibu, California. While she's away, she has rented the home to a man named Doc and his dog Sprocket to spend a "nice, quiet Christmas in the country." Residential tenancy issues blossom anew once Fozzie and company come wassailing.

The show, with its astonishingly-complex-for-a-young-audience plot twists, is an adorable and zany celebration of the families we make of our friends, in all their furry textures and imperfections. Watch it again and marvel at what subtle subversion and wackiness Jim Henson got away with in his glory years (a hipster turkey in a scarf and sunglasses arrives as a dinner guest and Gonzo, holiday-bested in a fitted argyle vest, tries to counsel him out of getting murdered by the Swedish chef). You'll wonder why you ever strayed from this Christmas classic to awkwardly humorless, surreptitiously conservative seasonal viewings of Elf.

Community is an American TV show about the "meta" adventures of a diverse group of students -- Jewish, Christian, Jehovah's Witness, Muslim, Atheist -- at a small community college called Greendale. What's a "meta" adventure? It's a story line that steals directly from, while ironically winking at (because that makes it OK, right?), the story lines of other well-known movies and TV shows. Which is exactly what the Christmas episode from the second season does.

The story opens with Abed, the slightly autistic Palestinian/Polish/American Muslim character, declaring that this is the most important Christmas in the history of the universe. Why? Because this episode is stop-motion animated (wink, wink, Santa Claus is Coming to Town). What to do to shake Abed from this delusion and return the show to its original live-motion state? Have Abed find the meaning of Christmas by letting him lead the group to the North Pole inside his psyche (where the atmosphere, he says, is comprised of seven per cent cinnamon). After overcoming various obstacles along the way (wink, wink Polar Express), Abed comes face-to-face with a present labelled, "The Meaning of Christmas." What's inside?

"It's the first season of Lost on DVD," says Abed flatly after he opens it.

"No, it's a metaphor symbolizing lack of payoff," explains Abed.

Later Abed figures it out:

"I get it. The meaning of Christmas is the idea that Christmas has meaning. And it can mean whatever we want."

A perfect message for the post-modern Christmas.

So those are our favourite three of the little-known variety. TV bless us, everyone!