Sure, digital copyright law makes headlines today -- Bill C-11 is currently on its way to becoming law -- but don't forget there are some old-fashioned authorship issues still causing trouble too. 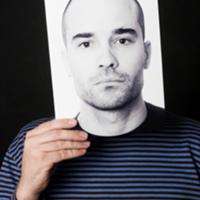 Copyright-infringement is nothing new to famous authors. Charles Dickens notoriously hated America for not only being abrasively un-British but for widely distributing pirated editions of his books.

Since then pirating laws have become more standard across borders, but the line between drawing inspiration from a work and stealing remains blurry.

T.S. Eliot theorized that "Immature poets imitate; mature poets steal." These are a few authors that might disagree.

1. The claim of character association:

Gold Mountain Blues is a detailed saga chronicling five generations of a family who immigrated from China and settled in Western Canada. The book weaves together an overwhelming series of interlocking narratives -- including some possibly borrowed ones.

Three authors claim there are characters and scenarios in Gold Mountain Blues lifted directly from their books. Wayson Choy, Paul Yee and Sky Lee are currently suing author Ling Zhang who published the book in Chinese in 2009, along with Penguin Canada that published the English edition and the translator Nicky Harman.

The matter has yet to be settled in court, but the suspected rip-offs became a matter of public debate when someone identifying himself initially only as a "Canadian Scholar" began highlighting similarities between the books on a Chinese language blog. The suspicions snowballed, inspiring heated reactions from readers on both sides of the issue.

Penguin Canada released a statement saying "Gold Mountain Blues does not infringe on any other work, and the accusations of 'plagiarism' are baseless and unwarranted."

Ottawa-based writer Denise Chong is not part of the lawsuit, though her book The Concubine's Children was the subject of early accusations. She sent letters to Penguin Canada emphasizing the need for an independent review of the book regarding plagiarism.

Meanwhile Zhang denies the allegations, stating she hasn't read many of the books she is accused of plagiarizing. But the drama behind the case will leave many questions of authorship unanswered even after the court presents its verdict.

It seems prolific ideas-man Jonah Lehrer is his own worst enemy when it comes to intellectual theft. The recent revelation that the new New Yorker staff writer borrowed repeatedly from his own work has affected his reputation, but not his job.

When Lehrer moved his blog Frontal Cortex from Wired to the New Yorker, many posts since featured reprinted excerpts from works he'd already published. The posts have now all been amended with editor's notes to reflect the repurposing.

The magazine decided not to fire Lehrer, but the incident raised the question of just how misleading is it to repurpose your own work.

Slate magazine published an article emphasizing that pressure to produce fresh ideas may have been too much for the young writer to handle. It's not unprecedented. A recent YouTube video shows that "West Wing" and now "The Newsroom" writer Aaron Sorkin similarly may not be able to keep pace with pressure to produce an endless stream of new witicisms (or "Sorkinisms.")

Because Lehrer retained the rights to his work, there is no copyright issue with his blog posts. Self-plagiarism is not plagiarism in any legal sense, but it is ethically dubious. As Sorkin says, is it true that "more and more we seem to expect less and less of each other?"

Did you know there was a sequel to Catcher in the Rye? Surprised? So was J.D. Salinger. 60 years later: Coming Through the Rye is a sequel that portrays a 76-year-old Holden Caulfield wandering through the streets of New York.

The 90-year-old Salinger was not amused by the homage and launched a lawsuit over the book's publication. J.D. California (AKA Fredrik Colting) eventually settled it out of court with Salinger's estate after the famed author died. The agreement determined that the book cannot be distributed in the United States or Canada and that promotion for the book cannot play off the fact that it has been "banned."

Characters are largely protected in Canada, though satire and parody does grant some exceptions as fair dealing. So while spinoffs, fan-fiction and slash-fiction (the sexier version of fan-fiction) are common they are technically not permitted under the Canadian Copyright Act.

A tale as old as time: the story of Avatar. Vancouver restaurant-owner Emil Malak is currently pursuing a case in federal court over a claim that James Cameron stole plot points, characters and concepts in Avatar from his own screenplay Terra Incognita.

After Malak threatened to launch a lawsuit in 2010, 20th Century Fox sent him a copy of the cover from the Avatar script that pre-dated his own script.

Malak claimed the cover was altered to appear as though it was written at an earlier time, and is now in court to try to obtain the original digital file. Avatar is the highest grossing movie of all time and Malak estimates he is owed $100 million if it is revealed there was plagiarism.

First, though, Malak wants to see Cameron's original screenplay. When The Tyee spoke to him over the phone, Malak said, "If he proves it's genuine, I'm gone. I will throw my hands up and accept it as divine intervention."