Natural disasters are exciting when they happen to other people, but we'd rather not think about undergoing them ourselves. As Woody Allen famously observed, "I'm not afraid of death; I just don't want to be there when it happens." 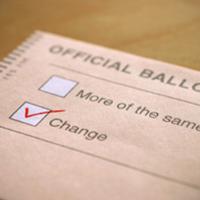 Why Canada Needs a Foresight Party

Still, we should make our wills even when we're in our prime, and we should bear in mind that some events are so extensive that we will indeed be there when they happen. So let us consider five certain disasters B.C. will face at some point in the future.

This doesn't mean a little subterranean rumble, such as we get now and then, but the Big One -- a "subduction" quake of 9.0, like the one in Japan in March 2011. Our last notable quake was on Vancouver Island in 1946, but it was just a shiver compared to January 27, 1700 -- when North America pushed a little farther over the Juan de Fuca plate and the whole coast was shaken for hundreds of kilometres. The First Nations remembered it in their oral traditions for generations. The Japanese recorded the tsunami it dumped on their coast a few hours later.

The 1700 quake lifted some parts of the coastline and dropped others. We don't know how many lives it cost, but a safe estimate would be in the thousands. After all, the B.C. coast was densely populated in those pre-smallpox days. Today, of course, the casualties would be in the scores of thousands, especially in areas like Richmond where the soil would liquefy. We would instantly learn how well the schools have carried out their seismic retrofitting, and how closely our high-rise condos meet the standards of those in Tokyo.

Recovery from such a quake would be slow and painful. Transportation in and out of the Lower Mainland and Vancouver Island would be crippled by landslides, collapsed or weakened bridges, damaged docks and broken roads. YVR could well be under water. Water and electricity would be scarce for days and maybe weeks, and aftershocks would add more damage. Federal and provincial governments would be stretched to their limits in providing help. The Americans would have Washington State and Oregon to look after.

This could be part of a local megathrust quake, but it might also arrive from far away. Barely recovered from last year's quake and tsunami, Japan has learned that the Tokyo region is also vulnerable to a similar disaster. (The last big one, in 1923, cost 140,000 lives.) A major quake in Japan or elsewhere in the circum-Pacific Ring of Fire could well result in a tsunami here.

If so, the damage would be primarily on the outer coast of Vancouver Island and perhaps the northern mainland coast. Even the 1700 quake didn't seem to cause tsunamis in the Salish Sea (though earlier quakes did). We might see some damage in Port Alberni as in the 1964 Alaska quake, and perhaps in Victoria and the southern Gulf Islands.

With both a major local quake and a multi-metre tsunami, we would have environmental consequences as toxic chemicals and petroleum products were dumped into the sea and the Fraser estuary. Let's not even think about oil tankers leaving Burrard Inlet or bitumen tankers coming down from Kitimat.

This is one of the least-recognized consequences of global warming. The seas absorb a lot of our CO2 emissions. In the process, the CO2 and water form carbonic acid, raising the ocean's pH. As Jennifer Langston pointed out in The Tyee last year, the consequences for the B.C. coast and offshore are incalculable but likely to be very bad.

If some minor member of the food chain vanishes, major members like wild salmon could lose their food sources. If the salmon go, chances are their high-end predators like orcas and grizzlies will go too. The amazing corals found in our waters by the Living Oceans Society would die and dissolve, probably along with most shellfish.

As a slow disaster, acidification would be hard to recognize and even harder to correct. By the time we confronted it, we'd also be facing droughts, spring-runoff flooding, forest fires, and more violent storms like the one that battered Stanley Park in December 2006.

When the World Health Organization declared a pandemic over the 2009 H1N1 swine flu outbreak, many thought it was an over-reaction. Actually, H1N1 was a barely dodged bullet and a lesson we still haven't learned.

In Hong Kong, which takes influenza very seriously, researchers found an H1N1 attack rate of 10.7 per cent, with about 60 per cent of those infected under the age of 19. If its cousin H5N1 (bird flu) ever learns how to transmit easily from human to human as easily as H1N1, B.C.'s 4.6 million inhabitants would suffer about 494,000 cases.

And if H5N1 retains its horrifying case fatality rate of 60 per cent, that would mean about 296,000 fatalities. Of those, about 177,000 would be teenagers or younger.

B.C. would of course be a minor problem in a national nightmare: Canada would have a total of 3.6 million cases and well over 2 million deaths. Worldwide, 750,000,000 of humanity's seven billion would contract the disease and about 450 million would die.

We can hope that H5N1 never achieves such power, but at some point an influenza strain of some kind will emerge and sweep across the world. It won't spare us, or our health system. If it's only as bad as the Spanish flu of 1918-19, it will be bad enough.

On Sept. 1, 1859, British astronomer Richard Carrington was projecting an image of the sun on a sheet of paper so he could draw the shape of the sunspots. He saw two intense white spots suddenly appear, grow, and weaken. That night, brilliant auroras filled the skies as far south as Cuba and Hawaii.

Not only that -- the Carrington Superflare caused havoc in the new telegraph systems of Europe and North America. Operators suffered shocks, telegraph paper caught fire, and current continued to flow in the lines even when disconnected from their batteries.

No solar flare since then has come close to matching the Carrington event, though many have caused local trouble in power grids and communication systems. (A 1989 flare knocked out Hydro Quebec's service to six million people.) But in February the scientific journal Space Weather published an article estimating that another such event has a 12 per cent chance of happening by 2022.

A NASA news story in 2008 speculated on the impact a Carrington event could have today:

"On Earth, power lines and long-distance telephone cables might be affected by auroral currents, as happened in 1989. Radar, cell phone communications, and GPS receivers could be disrupted by solar radio noise. Experts who have studied the question say there is little to be done to protect satellites from a Carrington-class flare. In fact, a recent paper estimates potential damage to the 900-plus satellites currently in orbit could cost between $30 billion and $70 billion. The best solution, they say: have a pipeline of comsats ready for launch."

That's assuming, of course, that the flare doesn't fry the electronics in the launch vehicles and the new comsats. More recently, National Geographic warned that a superflare could create electrical surges that would blow out transformers and give us all a taste of living off the grid -- maybe for weeks or months -- while we rebuild our power system and the Internet.

Preparing for the inevitable

Bad as these disasters might be, they could be survivable -- especially with some preparation. Here in B.C. we have the Provincial Emergency Plan, which offers preparedness advice on earthquakes, tsunamis, and disease outbreaks. The Ministry of Health has a Pandemic Influenza Response Plan, updated during the 2009 H1N1 outbreak. The B.C. CDC has a webpage on preparedness. So does the Canadian government. Online forums offer useful information.

However awful the future may seem, we can at least be assured of a silver lining: No zombies will march through the ruined streets of Vancouver after a major disaster. But if we're not prepared, personally and as a society, we'll sure look like zombies.