The decade-long Canadian copyright reform debate is nearing a conclusion as the government is slated to hold the third and final reading for Bill C-11 this week. With a majority in both the House of Commons and Senate, the Conservatives are likely to pass the bill before Parliament takes a break for the summer. 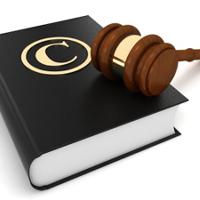 The imminent passage of the bill is already being heralded as a win for creators, consumers, and businesses. There is certainly much to like -- expanded fair dealing, new consumer exceptions, caps on liability to prevent multi-million dollar lawsuits against consumers, and a balanced approach to liability for Internet providers among them. Moreover, the rejection of draconian provisions demanded by some lobby groups such as website blocking or penalizing Internet users with threats of lost access is a positive development.

Yet for many copyright watchers, the bill falls just short, providing a classic example of what could have been...

What if the government had not rejected concerns from groups representing the blind, who warned that the bill's digital lock rules will make it more difficult for Canadians with perceptual disabilities to access digital content?

What if the government had not rejected requests from leading cable companies such as Rogers and Shaw, who fear that the bill will block their ability to introduce network PVRs into the Canadian market and restrict innovative cloud-based computer services?

What if the government had not rejected requests from the Documentary Organization of Canada for a specific digital lock exception for documentary filmmaking, given that U.S. film makers benefit from such an exception and that Canadians will be placed at a competitive disadvantage?

What if the government had not rejected requests from many Canadian library associations, who argued that new digital inter-library loans provisions are unusable in light of requirements to establish onerous restrictions limiting the use of works?

What if the government had not rejected proposed amendments from NDP, Liberal and Green Party MPs to add flexibility to the digital lock rules so that concerns that the approach trumps fair dealing and education rights could be addressed?

What if the government had not rejected concerns from teachers, who lamented new distance learning provisions that include requirements to destroy lessons 30 days after a course concludes?

What if the government had followed the lead of innovative economies such as South Korea and Israel, which both recently adopted U.S.-style fair use rules that are often credited with forming the copyright engine behind cutting-edge business models?

What if the government had not rejected an amendment to require labeling of digital locks so that consumers would have advance warning of the restrictions that come with the products they purchase?

What if the government had not rejected a proposal from the Canadian Federation for the Humanities and Social Sciences to eliminate crown copyright and give a boost to its open government data initiative?

What if the government had not rejected a plan raised by Project Gutenberg to create a legal safe harbour provision for the use of works where the copyright owner is unknown, thereby increasing digitization of Canadian materials?

What if the government had not rejected the advice of provincial ministers of education who called for an expansion of fair dealing to cover copies for classroom use as is the case in the U.S.?

What if the government had not rejected the Retail Council of Canada's recommendation to eliminate the iPod tax and thus avoid a hearing later this year on extending the private copying levy to microSD cards?

No cause for celebration

No bill is ever perfect and Bill C-11 is no exception.

Yet as the government touts its success in navigating the challenging copyright waters to pass a bill after multiple false starts, it might temper its enthusiasm by recognizing that provisions that lock out the blind, create disadvantageous barriers for creators and educators, and stifle innovation are not a cause for celebration.