"Art, it is said, is not a mirror, but a hammer: it does not reflect, it shapes. But at present even the handling of a hammer is taught with the help of a mirror, a sensitive film which records all the movement..." -- Leon Trotsky 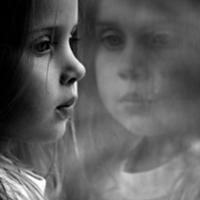 There are not a large number of films that deal directly with the hoary issue of class differences. But you don't need to look hard to see the issue of class is there anyway, squatting in the centre of things, obdurate and immovable and never mentioned.

This elephant, in American film, is practically everywhere, from the middle-class wieners buying more stuff than is right or proper (witness the phenomena that is Sex in the City) to the perpetual triumph of the stupid and the crass over the educated and refined. This particular theme seems to have been the foundation of almost every American comedy since about 1972.

I know this. So how is it that I still am boggled that something like The Blind Side even gets made, much less celebrated? The sheer horror of this film is compounded by the frightening reality of race and class relations that look to be getting more insane every day in the good old U.S. of A.

Only in the movies, you say?

Not a big deal in, say, laid back Lotus Land?

Well, if you live in Vancouver, as I do, you see class playing itself out in discussions on school playgrounds and at kids' birthday parties, places where different groups of people are brought together purely through their children being in the same school. I have seen people's eyes close down, like a garage door rolling shut, when they ask me about my mortgage, and I say, "I don't have one, I rent." I might as well have said, "I am an untouchable. If you stand here talking to me, you too might catch the taint." I exaggerate, but only a little. Any means for humans to differentiate ourselves through wealth or class, and we will still generally take it.

At least, however, at the moment there are a couple of films playing in the theatres that poke a bit at the notion of class differences in society and the struggle for humans to live more easily with each other.

Jacob Tierney's The Trotsky relocates the struggle for the proletariat into a particularly burnished section of Montreal. A teenager named Leon Bronstein (played by Jay Baruchel) is first depicted staging a hunger strike at his father's factory. Leon's plans for a mass uprising meet with bemusement from the workers and apoplexy from his father (played by Saul Rubinek).

Seems little Leon fancies himself the reincarnation of Big Leon (Trotsky that is) and is determined to relive his idol's life, right down to his ice pick in the brainpan.

Why Leon wants to do this exactly is never really made clear. Whether he is suffering from some odd form of adolescent megalomania, or incipient mental illness, Leon's delusions simply are. And so, things proceed accordingly.

After he gets kicked out of his private school, Leon sets up shop in the local high school and begins to foment unrest. The film owes a great deal to other precocious youth in angst films, most notably Wes Anderson's Rushmore. He may lack the dapper red beret of Max Fisher but Leon has the skinny tie, sharp suit and little round glasses of a true revolutionary. After securing the services of an older social activist-cum-lawyer, Leon also meets and attempts to immediately bed the woman of his dreams, the aptly named Alexandra (the name of the real Trotsky's wife naturally).

Meanwhile, the turmoil in the trenches of high school slowly begins to boil. A hostage situation, a few dream sequences featuring the famous baby carriage scene from Battleship Potemkin, a stand off with the cops and the school board, and it's all over. What was achieved is unclear, but the call for permanent revolution rings out. Whether anyone is actually listening is hard to say.

When I first saw The Trotsky at the Whistler Film Festival, I must admit I was confused. It's amusing in places, wadded full of familiar Canadian actors (Rubinek, Colm Feore, even Geneviève Bujold) and reasonably entertaining. But what exactly is its purpose? An Orwellian Animal Farm analogy it is not. There are no Napoleons or Snowballs, masquerading as political figures or vise versa.

Even as Leon thrashes about, trying to find his own Lenin and Stalin, doubting the revolutionary zeal of his comrades, and being hauled off by the cops, there is no sense that his struggle is little more than a game of make believe. So is the class struggle, all those big ideas from big thinkers, merely akin to a teenage pipe dream? If this ultimately is the film's intent, a form of diminishment, a diminutive version of big moments in history, it's worth actually getting the real goods, whether that means reading Trotsky's own memoir or the slew of recent biographies of the man. Of these, Robert Service's book Trotsky: A Biography, is worth checking out. Here's a little taste.

It's a letdown to go from such mammoth ideas to something like The Trotsky. Certainly the film is cute in places, but the larger ideas that little Leon is messing about with are never any more than cardboard cutouts, a child's approximation of political thinking. The issues of power, authority, revolution are tossed about like toys, but the kids in Leon's high school, if they are truly to stand in for the proletariat, seem ultimately as little interested as the genuine article.

Or in the real words of the real Trotsky: "We would be compelled to acknowledge that Stalinism was rooted not in the backwardness of the country, but in the congenital incapability of the proletariat to be a ruling class."

A more complex and complicated examination of the way class and economic difference manifests in human relationships takes place in Sebastian Silva's The Maid (playing next week at Vancity Theatre in Vancouver). The titular character of the film is one Raquel, a grim-faced wretch, who has worked as the house cleaner for the Valdezes family for more than 20 years. On the eve of her 41st birthday, Raquel (Catalina Saavedra) looks to be standing on the edge of madness, or some other form of breakdown.

Even as the family that she has cared and cleaned for bring her a birthday cake and a few gifts, Raquel retains her solitary air; a deep cloud of loneliness hovers around her like an odour. Even though she has lived with the Valdezes family for most of her adult life, Raquel is never a part of them. It is this distinction, essentially the division between people with money and those without, that is almost unassailable.

When Raquel suffers from a fainting spell, the decision is made to hire some additional help. To Raquel, who seems to regard the Valdezes house and people as her personal fiefdom, this is the ultimate betrayal. The entire Valdezes clan appears a little afraid of her, with the exception of their teenage son, whose robust new masturbatory habits keep him preoccupied.

As each new maid is scared off, or forced into quitting after suffering through Raquel's hostile attitude, the atmosphere of the house deepens into an extended cold war. It takes a force of nature, a farm girl named Lucy who is possessed of an impenetrable cheer, and an extra supply of joie de vivre to break the ice. The Maid is lovely film, thoughtful, intelligent and deeply human. As a portrait of one individual struggling with the socio-economic forces that define her role and relationships, it very gently takes apart the forces that disallow equality.

'What is the way forward?'

The larger issue for films like The Maid and The Trotsky is that they are essentially smaller niche market films. They will play a number of film festivals and art house cinemas, while something like The Blind Side has an audience of millions. In an early speech, the real Leon Trotsky heralded the ability of the cinema to advance society to some new type of evolution. "What is the way forward? Fundamentally, it is the growth of literacy, education, special courses for workers, the cinema, the gradual reconstruction of everyday life, the further advance in the cultural level..."