Recent news the federal government provided $18 billion in financial supports to the oil and gas industry in 2020 and offered Air Canada a nearly $6-billion bailout reminds of a peculiarity of Canadian economics: the big players might not be too big to fail, but they’re most certainly too big to stand on their own.

For an ostensibly capitalist, free-market economy with a nearly 30-year-long austerity streak, there’s always plenty of money ready to bail out a politically significant industry or company. You could be forgiven if it seemed like most of Canada’s major corporations and whole sectors of industry are protected from actually having to fully participate in the free-market economy.

The oil and gas sector receives billions of dollars each year from various levels of government in the form of subsidies, tax breaks and other forms of direct and indirect financial stimulus.

Air Canada’s $6-billion bailout is financial stimulus equivalent to two-thirds the company’s value, while in return the government gets only six per cent of the company’s shares.

And while Bombardier hasn’t received any bailouts yet despite a precipitous drop in the world market for corporate jets, the backbone of Canadian heavy industry has been one of Ottawa’s repeat customers over the past few years. Bombardier has turned the practice nearly into an art, routinely threatening massive layoffs before receiving bailouts and then selling off entire sectors of Canadian industry. Remember regional jets? We don’t build those anymore. Remember the C-Series? Sold to Airbus. Railcars? Sold to Alstom.

We may not be getting our money’s worth. Despite all this money flowing from the public purse out to private pockets, there are remarkably few controls, only vague promises and non-binding commitments. In the end, almost without fail, private corporations’ only loyalty is to shareholders, not the public at large. Why not just nationalize the lot and put them to work for us?

What’s particularly peculiar about our situation is that nearly every company or sector just mentioned was at one point more directly controlled by government and served the public interest. The combined economic effects of the Great Depression and the Second World War necessitated government intervention in the economy at both the provincial and federal levels.

Government had no choice but to take action and institute programs designed to protect the nation’s economy and to further improve people’s lives.

It’s not just social welfare programs, like unemployment insurance or health care, that trace their roots back to that era, but foundational aspects of the federal state, like equalization payments and the Bank of Canada.

Similarly, the cumulative effects of the Depression and the war necessitated other even more direct government interventions in the economy. Air Canada was created by the federal government in 1937 to better connect Canadian cities. Canada’s oil and gas industry has been the beneficiary of a protected market and direct government ownership, to say nothing of the initial investment that permitted the development of the oilsands (Petro-Canada, Syncrude and TransCanada were all Crown corporations at one point).

As for Bombardier, its aviation assets lie in Canadair and De Havilland Canada, both of which grew out of nationalized wartime production plants. The firm’s railcar assets trace their roots to the Urban Transportation Development Corp., an Ontario government corporation that built streetcars for Toronto and the first generation of SkyTrains for Vancouver.

Bell Telephone operated in a de facto protected market in Canada throughout much of the 20th century, while Telus finds its roots in the former Alberta Government Telephones. Generations of public money was invested in companies that worked for the public good, all of which were privatized and now convert public money into private profit.

Companies that had been either nationalized or created during the Depression, war years, in the early stages of the Cold War or during the state-building years of the Pierre Trudeau administration were for the most part spun off to the private sector during the Mulroney years. The privatization spree was justified to the public on the logic that the federal government wasn’t supposed to be involved in business in the first place, despite track records of profitability and assets that attracted private sector interest.

Somehow the postwar economic foundation of direct government intervention, tight regulations, high taxes and strategic public corporations that had created several decades of prosperity was suddenly the source of potential economic ruin. Strategic industrial assets designed to guarantee a local means of production for everything from fighter jets to vaccines, or to ensure Canadian consumers had access to inexpensive air travel or gasoline, were dropped in favour of free markets and a dogmatic belief the market would always right itself, no matter how bad the crisis.

Our current situation mimics the economic conditions of the Great Depression and Second World War in more than a few ways. The pandemic has disrupted global supply chains and demonstrated Canada lacks the means to produce both vaccines and PPE, despite having the scientific, technological and industrial capabilities to do so.

The national average unemployment rate has nearly recovered to its pre-pandemic levels, but regional unemployment rates, in addition to underemployment and employment instability, have remained stubbornly high since the Great Recession at least.

We have a housing crisis of unprecedented proportions, with a vastly overvalued housing market teetering on the brink of collapse and insufficient housing to maintain homeownership as a de facto right of the middle class. Rather than using the federal agency that was specifically created to build houses for returning veterans to address a similar problem after the Second World War, the housing crisis today is a problem whose cause and apparent solution remains entirely in the private sector’s hands.

Perhaps most significantly, the climate emergency demands the same kind of intervention as the war did. As government once took control of the factories to build ships, tanks, munitions and equipment, today we need government to build the weapons needed to fight and win the war against the climate catastrophe. The oil and gas sector needs to be replaced. High-speed electric railways need to replace the airplanes flying between our cities while trams and subways replace the cars in them.

It is an all-encompassing problem requiring the protracted commitment of government to solve. Now, like then, a massive existential threat requires suspending normal operating procedures and our ideological commitment to the free market. The pandemic has provided an ample demonstration of the free market’s limitations when confronted by major crises. Indeed, there’s scant profit motive in the common good. 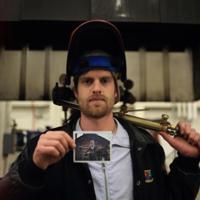 Despite our knowledge of the solutions that have worked in the past and our daily reminders of what isn’t working right now, the political class has been loath to recognize either the severity or the totality of our present emergency. The recent federal budget demonstrates this, with less money earmarked for an ill-defined “green recovery” than was provided in oil sector stimulus last year.

It’s more of the same old shovelling money at problems — often with no clearly-articulated goals or even a vague notion of accountability — that’s become emblematic of a particularly Canadian neoliberalism: privatization, deregulation, a fanatical devotion to globalization and free trade even though we’re quite clearly and consistently on the losing side of the equation, coupled with austerity for the people and welfare for corporations.

We’ve committed ourselves to a losing theory for over three decades; if now isn’t the right time for government to take hold of the reins of the economy, and set it to work to solve the problems we’re all facing together, when would be?