It’s been a few days now since John Horgan said what many white British Columbians declare with pride. That he doesn’t “see colour.”

The fact that he has apologized more than once since may confuse those who heard in Horgan’s statement only a noble rejection of conscious racism.

Responding to a debate question about white privilege, Horgan described his youth playing sports with Indigenous and South Asian kids, saying, “I did not see colour.”

Isn’t it a good thing to have been raised not to see colour? Doesn’t that mean you have escaped the trap of judging people by the shade of their skin? Is it not enough to simply want a society that rewards merit without discrimination?

That’s what I used to tell myself, too. Then I came to learn what Horgan is being made aware of now. That to claim to not see colour is to imply you are blind to systemic racism and therefore can’t be counted on to work to remove its structural barriers. As Indo-Canadian journalist Sunny Dhillon tweeted: “If you don’t see colour, you don’t see us.”

So when I was a kid, we played cowboys and Indians, re-enacting the violent expropriation of Indigenous peoples and then sentimentalizing our defeated enemies. But real Indigenous people were out of sight except in movies. Black people were a visible presence and an ongoing “problem” for whites. Even in the 1940s and '50s, whites debated that problem indirectly: “negro” was used by segregationists and white supremacists, and “Negro” by liberals, giving Black people the empty courtesy of a capital letter.

Accepted liberal opinion then was that we should be “colour blind,” that we shouldn’t “see colour” but look to the human beneath it. That opinion was reinforced by movies which portrayed impossibly virtuous Black people being hard done by until they were rescued by a white saviour — a white teacher in Blackboard Jungle, a white FBI agent in Mississippi Burning, a white journalist in Cry Freedom.

We scarcely noticed that such movies were really about good white guys, and the Black people were just a plot gimmick that sets events in motion.

Implicit in “colour blindness,” as in racism itself, is the assumption that “colour” carries a stigma. It’s a disability, like a lost limb or a congenital condition, and the test for white people is to find the “proper” attitude to that. The system permits responses from contempt to pity to sentimentality, but no more than that. And the system rewards the white person’s response by absolving them of the fact that they benefit in myriad ways from the structural inequalities that persist despite their high mindedness.

The system has survived many challenges since I was a boy, and overcome them all until very recently. “Identity politics” is a challenge unlike others, however. As it first began to emerge in the 1990s, I was skeptical of it: it seemed to accept racial differences just like the white supremacists, and colour blindness insisted on no differences at all. But identity politics has made an enormous difference, not only in racial issues but also in gender and class issues.

John Horgan’s not seeing colour made me realize that colour blindness was not even a cliché any more — it was part of a failing system, a component that didn’t work and weakened everything else. White British Columbians can no longer pretend we’re just the same as Black people, as Indigenous people, as people of Asian descent. But now we can recognize that skin colour is not a bug but a feature: it’s another kind of human experience, and behind it are countless cultural traits reflecting that experience. And we can actively help to dismantle white privilege.

For centuries, white Canadians and Americans have built a culture of institutional racism, enabling them to enjoy privileges and powers at the expense of others. Many have recognized its unfairness: even Patrick Henry, one of the American founders (“Give me liberty or give me death”), admitted slavery was wrong — but his own slaves were too convenient to liberate.

Similarly, Quebec Premier François Legault still refuses to recognize “systemic racism” as a problem in his province. And police departments everywhere blame their treatment of Black and Indigenous people as the result of a few “bad apples.”

The B.C. leaders’ debate showed us B.C.’s premier is still trapped in the system, and so is the leader of the Opposition. Andrew Wilkinson’s meditation on white privilege was to cast himself as the white saviour helping an Indigenous woman deliver her baby.

To his credit, Horgan, like me, seems to be learning from his mistake. “As a personification of white privilege, I misspoke, words matter,” he said at a campaign stop in Richmond the next day. “I deeply regret it, but I’m also committed to making sure that every day I’m reminded of the discomfort that I cause to people and I will work to correct that.” 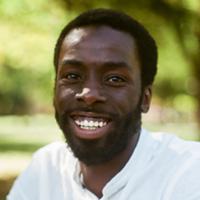 Horgan’s realization is a teaching moment for every white liberal comfortable in the assumption that not being actively, consciously racist is all that is asked of us.

“I was jolted out of my comfort last night and I’m going to reflect on that,” Horgan said. “I profoundly regret that I alienated and hurt people last night.”

It sounds as if John Horgan, at the age of 61, is trying to expand his imagination of how racism really works in our society. If he wins the election he will be in a powerful position to make structural changes accordingly.

If we don’t see colour, none of us can break the constraints of systemic racism and build a truly free and equal society without them.

The third edition of Tyee contributing editor Crawford Kilian’s book Go Do Some Great Thing: The Black Pioneers of British Columbia will be published in November by Douglas & McIntyre.