But at the same time they’re counting the cash, they’re continuing to fight in court to keep the public from learning about their 2017 deal that resulted in 36 newspapers closing across Canada.

Postmedia’s latest financial report included $7 million from the fund in its revenues — and that’s just for nine months.

Torstar claimed $4.5 million in subsidies from the fund, also just for nine months, when it released its quarterly financial report Wednesday.

That’s what Postmedia and Torstar did in 2017. The two corporations swapped 43 newspapers, and on the same day the deal was announced closed 36 of them. Almost 300 people lost their jobs and 36 communities lost a news source. In many of them, competition was replaced with a monopoly controlled by one of the two corporations.

That situation sparked a continuing Competition Bureau investigation into “alleged anti-competitive conduct.” The bureau later announced it was pursuing the investigation under the criminal conspiracy provisions of the Competition Act.

And while Torstar and Postmedia are taking taxpayers’ money, the two companies have been fighting to keep the public or prosecutors from seeing documents seized in searches of their offices or used to obtain search warrants.

The Competition Bureau’s lawyers have argued there is no legal reason for the secrecy and the court records should be public.

So far the corporations have won their fight to have the files sealed as the 19-month-old investigation continues. Torstar’s application to seal records from the public, first approved temporarily in December 2018, was renewed for a third time this summer — this time indefinitely.

Even the hearings on whether to keep the documents seized at Torstar’s offices secret were closed to the media and public, based on arguments by the corporation.

In its original application to seal the court documents Torstar said it’s “a strong believer and advocate in favour of open courts and access to court records.” Torstar said it was only seeking to seal some records that “contain commercially sensitive, competitively sensitive, and/or proprietary information.”

Torstar lawyers argued that the public should be barred from the hearing. “It would not be possible to meaningfully address the issues raised in this application without divulging the very information to be protected,” the corporation’s lawyers argued.

After the closed-door hearing, all the files remained sealed, not just the ones Torstar alleged contained “commercially sensitive” information.

The Tyee asked if Torstar had argued later that all the documents should be kept from the public. The corporation did not respond. Postmedia has not responded to any Tyee questions on the case.

No decision has yet been rendered since the last hearing on the sealing order July 31, a Competition Bureau spokesperson told The Tyee Oct. 20.

Postmedia has argued that documents seized from its offices should be covered by attorney-client privilege, a position the Competition Bureau rejects.

A separate closed court hearing scheduled last spring to decide the matter was avoided when the bureau and Postmedia came to an agreement on how to address the handling and review of records for which there were claims of privilege, the Competition Bureau told The Tyee. So far, the records in question remain sealed from public view.

Lawyer Michael Osborne, whose specialties include competition law, told The Tyee it is highly unusual to challenge the Competition Bureau on the issue of attorney-client privilege.

Project LeBron and Project Ice: What’s in the documents

The court files may be sealed, but details have still trickled out through descriptions of the sealed exhibits in filings by Competition Bureau lawyer Pierre-Yves Guay.

They indicated the documents all contained information about planning and preparation for the deal, he wrote in a statement in November 2018.

“In addition,” wrote Guay, “I have learned from the seized paper records that the transaction was code-named Project Lebron by Torstar and Project Ice by Postmedia.”

The sealed documents, according to Guay’s filing, include: 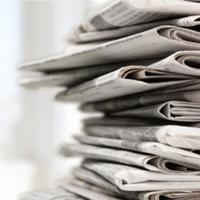 Osborne told The Tyee that an application to unseal the documents would have a high chance of success.

But the cost would be around $10,000, according to two estimates provided to The Tyee.

Vancouver lawyer Leo McGrady noted that ironically the leading court decisions on sealing documents setting out the grounds for obtaining search warrants were based on cases in which Torstar and Postmedia fought for access.