Federal regulators and a Canadian newspaper giant engaged in a war of words over whether to keep words secret.

But the legal exchange shows how strenuously Torstar’s lawyers are battling to keep secret information in documents scooped up by investigators in office searches connected to the Competition Bureau’s criminal investigation of the company under conspiracy provisions of the Competition Act.

The exchange shows, too, that the Competition Bureau is willing to slam Torstar with unusually disparaging language, according to an expert.

Canada’s largest newspaper companies, Torstar and Postmedia, are alleged to have broken competition laws after their exchange of 41 newspapers across the country in 2017, later shutting nearly all of them down and cutting 291 jobs.

Both companies maintain they have done nothing illegal.

On Dec. 20, Torstar applied to the Ontario Superior Court for an order to keep many of the seized documents sealed from the public. After a closed hearing, the judge granted that request until Jan. 25, and later extended it until Feb. 27.

Torstar, noting in its public application that it is willing to have select documents made public, describes itself as a media company and “advocate in favour of open courts and access to court records.”

However, Torstar claims, records filed by the Competition Bureau are “confidential commercially-sensitive, competitively-sensitive and/or proprietary.”

The newspaper company further asserts that the bureau’s inclusion of numerous documents to a public record affidavit by an investigator was “completely unnecessary,” “superfluous” and “contrary to the guidance of the Supreme Court.”

The bureau goes on to state Torstar’s assertions are “not grounded in evidence and speculative.” And: “The harm to open court principle outweighs the harm to Torstar, if any.”

Battle of the briefs

At the heart of the Competition Bureau’s case is whether Torstar and Postmedia knew ahead of time which of each company’s newspapers would be shut down after the swap, and if so whether that violated the law.

The nature of the disagreements and language in Torstar’s application and the bureau’s response is unusually charged and at times “shocking,” said Michael Osborne, partner at Cassels Brock law firm specializing in competition law and editor of Canadian Competition Law Review.

A six-page-long section of the bureau’s reply, authored by Jonathan Hood, is entitled “Errors and misrepresentations made in Torstar’s Application.”

“This is shocking,” said Osborne. “For a lawyer to accuse another lawyer of misrepresentation to the court is an incredibly serious thing. You’d better be able to back that up or you’d be in trouble.”

Some of the information in what Torstar wanted sealed is “already in the public domain, is historical in nature and is no longer pertinent to ongoing operations,” the bureau argued further, noting that all but three of the newspapers Torstar sought in one redaction request have been shuttered. Such information “could not give rise to a serious risk of commercial harm,” the bureau argued.

Torstar also sought to seal information relating to appointing officers to its board, board meeting minutes, the declaration of dividends for shares, details on its sale of deals website WagJag, and details on tasks and responsibilities expected of roles identified by title only, the Competition Bureau’s response indicates.

The bureau claimed variously that such information is either already public or not sensitive.

Torstar applied to redact that the deal between Postmedia and Torstar would improve its annual earnings by $5 million to $7 million per year, saying the bureau revealing such information was unnecessary.

The bureau snapped back: “Torstar is incorrect.”

“The Commissioner has a duty of full and frank disclosure. It would have been irresponsible not to file this information,” the bureau argued.

The bureau responded to Torstar’s claim in its application that the company was “fully cooperating with the parallel investigation.” Torstar has argued the bureau’s investigation should be a non-criminal probe into whether Torstar and Postmedia violated merger provisions. The Competition Bureau has dropped that line of inquiry, and reminded Torstar of the fact.

“Torstar is aware there is no longer a parallel investigation,” wrote Hood. “The commissioner has not requested nor has Torstar provided any substantive cooperation with the criminal investigation.”

Bureau documents, not sealed, reveal Torstar had a code name for the transaction with Postmedia: “Project Lebron.”

They further reveal that Torstar and Postmedia were discussing the transaction in April 2017, seven months before workers for both companies were surprised to receive pink slips as the resulting newspaper shut downs were announced.

The documents Torstar succeeded in having sealed were part of an exhibit first filed by the bureau as part of an affidavit supporting its move in December to question six former and current Torstar employees under oath.

Torstar then argued that it couldn’t meaningfully explain why the records should be kept from the public “without divulging the very information to be protected and exempted from public access,” so it requested a further in-camera hearing to further make its case.

The resulting seal order applied to the entire exhibit, including parts Torstar stated on the public record it did not dispute.

Torstar mused in the application that the documents needn’t be as “detailed as an automotive repair manual,” referencing a previous colourful Supreme Court judgement.

“To put confidential business records in the public eye by the government in this way, I can see someone saying that’s not fair,” said Osborne of the application by Torstar. 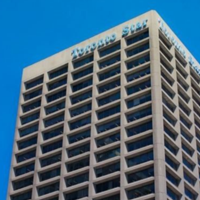 It would be one thing to bring evidence developed by the commissioner himself, Osborne added, but unexpectedly putting a company’s internal documents on the public record is another and the justification that the company was publicly traded was inadequate.

The Competition Bureau also applied on Nov. 27 for a court evaluation contesting Postmedia’s separate claims of solicitor-client privilege on records seized by the bureau. The matter is scheduled to be heard by the court on Apr. 24 to 25, 2019.

Agreeing what is privileged is usually quite straightforward, said Osborne. “The bureau is generally quite respectful of solicitor-client privilege.”

“There aren’t a lot of cases out there involving disputes like this,” he added. “The bureau isn’t going to challenge things that are obviously privileged — they know they’re going to lose.”