Add those June honours to The Tyee’s selection as B.C. Magazine of the Year by the Alberta Publisher’s Association earlier this month.

Cheung, whose essential writing about the city and life in it has gained him quite a following, won the gold award for emerging excellence. Taking the imagery of “emerging” to heart, Cheung said that he couldn’t have “hatched as a journalist without good environments for incubation.”

“It wasn’t that long ago that there was a lot of ‘doom and gloom’ chatter in our industry,” Cheung remarked. He offered “thanks to The Tyee team and other journalists I’ve met along the way for showing me that good reporting and storytelling is timeless. And I’m proud to work for a publication that’s been innovating digitally long before there was even a Facebook.”

Nikiforuk’s chilling impression of the novel coronavirus at the start of the pandemic won a DPA for best short feature. His pandemic coverage over the past year has garnered other recognition and, collectively, over a million page views.

“Gratitude has been called the moral memory of mankind,” said Nikiforuk on learning he’d received the gold award. “Let me thank the team at The Tyee and my editor David Beers for publishing my work on the pandemic. And let me thank the DPA for recognizing the effort of a small and regional publication to make a difference in this chaotic world.”

“Our heartiest congratulations go out to Christopher Cheung and Andrew Nikiforuk, two wonderful writers and all-round excellent people,” said Tyee editor-in-chief Robyn Smith. “We are so proud to publish your work.”

A lot of the thanks for the awards and nominations go to our loyal cadre of funders and supporters, Smith said. 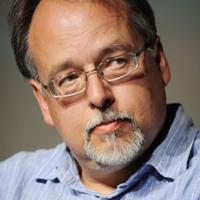 Andrew Nikiforuk Named ‘Commentator of the Year’ for Tyee Work

“Our deepest gratitude to the 5,000-plus Tyee Builders who support the work of these two fine journalists and make all of our work possible.”

The Tyee team received five DPA nominations in total. Our video produced with Avo Media about B.C.’s pandemic modelling was nominated for best online video feature, Christopher Pollon’s story on the dangers faced by Fraser River spawning salmons, which included infographics by Andrew Walsh, was nominated for the best science and technology reporting. And Tyee contributing editor Michael Harris was a finalist for best column.

The Alberta Magazine Publishers Association said its British Columbia Magazine of the Year prize “recognizes efforts on the part of the entire team and is awarded to the magazine that most consistently engages and serves the needs of its readers in the B.C. category.” Other finalists this year were Folklife and Western Living.

Said Tyee publisher Jeanette Ageson: "We're delighted to be named B.C. Magazine of the Year by the Alberta Magazine Awards. Our tight-knit team at The Tyee works hard to publish original, in-depth stories on a daily basis, and we're able to do so because of the support of our readers. It's very encouraging to see independent media is strong and growing in Canada and increasingly receiving recognition from our peers in the publishing industry."

The Tyee just wrapped up a drive aiming to add 500 new monthly financial supporters to its Tyee Builders rolls. The number ended up being far higher, passing 900. These reader contributions in combination with support by core stewards Eric Peterson and Christina Munck are the bedrock of The Tyee’s sustainability, providing us the resources to strive for journalistic excellence in the public interest.