I am the fire, and you are the fuel.

Let me introduce myself.

You can call me COVID.

Let’s face it, Sars-Cov-2 is just a mouthful.

Just because I resemble the genome of my notorious sister, SARS, your species gave me this awkward title.

So just call me COVID.

And I know why. They just make sniffles, watery eyes and runny noses. Well, mostly. Except for babies, and the very old.

But every child has coughed one of my numbered brethren, and so your kind, in some respects, already knows my family in a very casual and dismissive way.

Perhaps you have been disrupted by news of my global travels, and my exponential growth.

Or perhaps I have brought anxiety, sickness or death to your home.

Let me explain. This is nothing personal.

I belong to an ancient and diverse family, the Coronaviridae.

Now this is typical of your kind: you catalogued my kindred according to how we look under a magnifying machine. Silly.

And yes, we have tell-tale spikes that protrude like clubs from round shells of protein.

So, I am nothing really. Insignificant.

A tiny spiky ball that consists of floating bits of genetic material.

I belong to the viral undead and cannot exist without you, the living. You complete me.

Honest. I have no future, until you inhale or touch my replicants.

Think of me as an evolutionary freelance anarchist.

A burglar of the living.

Your infected, and blessed be their name, give me energy, transport, metabolism and nurseries.

One breath. A cough. A big laugh. An unwashed hand. And tens of thousands of the undead go forth.

And once I arrive in the moisture of your lungs, my spikes grapple onto a protein in your living cells.

It is pure genius. I unlock a protein door, invade and insert my alien RNA code. And then I hijack the host’s living parts to make 10,000 copies of myself, the undead.

Another cell. Another burglary. And when I am finished, billions of copies swim in your sputum, saliva, blood and shit.

You have become a perfect COVID-making machine. So thank you.

And get this: 80 per cent of the time your kind isn’t even aware of my presence.  No symptoms. No pain. No declarations of entry or exist.

Wait. That’s not completely true. Many of your kind will lose their sense of smell and taste.

And the other 20 per cent? Well, I offer a little bit of everything. Fevers. Coughs. Aches. Inflamed lungs. Mild pneumonia. A cytokine storm. Severe pneumonia. Heart damage. Organ failure. Twenty days in a ventilator, if you last that long. Death.

Now, I shouldn’t say this, but here goes. Outside of any host, I’m dormant and inactive.

Soap, honest to goodness soap, can dissolve my outer envelope. And then I’m done: an undead with no attachments. No future.

I know I have caught your kind by surprise.

At the beginning, Chinese scientists thought: “Well, it’s just a virus.” Italian, Brazilian and British politicians said the same thing: “This is no worse than flu.”

Your white coats all feared an influenza virus, blessed be the undead. They predicted a “novel” kind would emerge and kill millions of your kind.

That’s what you called a severely lethal pandemic with a highly virulent pathogen.

But only a few of you ever imagined me. An undead as contagious as a cold in a planet full of crowded cities connected by crowded ships and planes.

An infrequent killer that can plug hospitals with thousands of hosts that cannot breathe, and that require what your kind call “catastrophe medicine.”

You never imagined such a viral surge in your just-in-time world and still you do not understand the perils of exponential growth.

The math is elemental. The coughs and exhortations of just one of your species can spew enough undead particles, thousands upon thousands, into the air to infect three others.

And those three infect nine and those nine 27... before you know it, just one of your species has spread my kind to 56,000 new hosts.

So you can’t really stop my progress unless, of course, you change the behaviour of your species.

And how’s that going by the way?

You’ve probably heard, of course, that more than 3,000 members of my family occupy different kinds of bats with nary a sneeze or whimper.

But for me, that’s history now.

I have found the best way to be a human virus and I am part of your order, your life, your blood and your civilization.

My age shouldn’t matter, but if your kind must know, I am probably five months old, or “novel” for your species. But I am already ancient in viral time, which you do not understand.

I come from central China, but I am not Chinese. The undead are but global ghosts.

Judging by the frantic nature of the news, your white coats still don’t know much about me or my family. You do not understand my biology or my evolutionary instincts. You don’t even know how many of my kindred infect your species every year.

You don’t know where my cold relatives retreat in the winter or how we mutate. Or how the seasons affect my behaviour.

You have no idea why I can kill a 49-year-old with heart disease or why OC43 makes your nose run like a tap. You know almost nothing, and we are everywhere.

For the record, I am about 150 nanometers in diameter. That’s one-thousandth the width of a human eyelash.

Not to boast, but I’m bigger than a polio virus and yellow fever, but smaller than smallpox and measles.

For years you regarded my family as another viral backwater species, but I can see that is changing. Yet my innovative kindred do what they do in many different animals favoured by your kind.

Some of my relatives rattle the lungs of cattle, rats and chickens. Others cause “shipping fever” and “winter dysentery.” Some can ravage young industrial swine or undo the immune systems of cats. A “novel” member of my family has even been found in a captive Beluga whale. It died of lung and liver failure. I told you, my family is everywhere.

Not long before I evolved, another of my relatives jumped from the horseshoe bat into pigs.

Your species named this one Swine Acute Diarrhoea Syndrome (SADS).

It killed 90 per cent of young pigs in Guandong province, where my sister SARS emerged. Do you see a pattern here?

I can tell you that biological diversity is disappearing faster than black Bakelite phones in Guangdong province. And that’s good for my family, because wherever your species homogenizes the land in your image and erases the boundaries of our natural hosts and other animals, we will find opportunities to spill over, as you say.

As I mentioned, I used to swim in the blood of bats in stable numbers.

But your aggressive civilization really broadened my horizons.

Now I can grow exponentially in millions if not billions of human lungs.

It is not really my concern, but your species was repeatedly warned about this explosive possibility. Thankfully you didn’t listen.

In 2015 a team of your white coats, including the Wuhan Institute of Virology, took one my bat relatives, tweaked it and ran it through one of your engineered mice, only to find a virus just like me could “replicate efficiently in primary human airway cells... with notable pathogenesis.”

And then there are your noisy disease ecologists and their endless studies of doom. Let me quote one: “Globalization — the closer integration of the world economy — has facilitated pathogen spread among countries through the growth of trade and travel.”

Did you know that 60 per cent of the world’s pathogens have jumped from animals, wild or tamed into your species? Probably not.

Well, you could have paid attention. You could have mapped disease risk better and shrunk your industrial footprint and conserved wildlife.

You could have lived and let live.

But it’s not fitting for the undead to moralize.

So let me thank you in my own way. You couldn’t exercise any restraint and now your cities and forest-felling and industrial farms have given my family endless opportunities.

And so five members of my family (blessed be their travels) have jumped from bats into your species in recent years.

I am the seventh of my family to colonize your kind.

Remember, I don’t mean to kill anyone. I exist to replicate and move genetic material around the planet. And I’m learning. Every day I’m getting better at this.

In 2003, my sister SARS jumped from a horseshoe bat into a civet cat into the cacophonous markets of Guangdong province.

Then she jumped into your species. She killed 10 per cent of all cases, before she disappeared. Even though she only infected 9,000 of your species, she caused quite an uproar and cost $50 billion.

Here I have a confession to make. My blessed sister just wasn’t that good at spreading and was too good at killing.

In 2012, my cousin MERS jumped from a bat to a dromedary camel and into your species.

MERS kills 35 per cent of the cases it infects in your species. He still lurks in Middle Eastern hospitals preying on the weak: those with diabetes and heart conditions.

But my MERS relative is kind of stuck there in hospital limbo.

My origins, of course, are just as humble.

In 2019, I jumped from a bat into an anteater of all things called the pangolin, which your ancestors advised against eating. 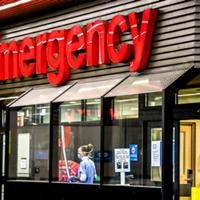 COVID-19: Straight from the Science Journals

Or maybe I jumped directly into your species in central China and recombined as I moved from person to person figuring out the best way to make more of the undead. (Your species, by the way, trades in pangolins for their scales and meat.)

In any case I can’t reveal my exact origins just yet: why give away all my secrets?

And so, I have said enough.

I have business to attend to in New York and heavy responsibilities in Tehran.

I haven’t finished my appointments in Lombardy and Madrid. And I’m just beginning my work in Toronto. I, too, have preparations to make in Mumbai and Mombasa.

So, please call me COVID.

I am the wave, and you are the beach. You complete me.