Andrew Nikiforuk is recipient of this year’s Webster Award for Commentator of the Year for his in-depth analyses related to the pandemic published in The Tyee.

Beginning in March, Nikiforuk, a long-time Tyee contributing editor and author of two books about pandemics, has written dozens of COVID-19 related articles for this site. They have incorporated interviews, social history, ecology, philosophy of ethics, and up-to-date findings of scientific experts.

Many have proven prescient. His “We Are in a New Danger Zone” piece of April 27 warns, for example, that despite an apparent lull, dropping our guard will invite a second surge, a reality sadly borne out in the U.S. and much of Canada.

Nikiforuk’s COVID-19-related commentaries have attracted much attention, one piece receiving over 95,000 shares and 290,000 views, another 89,000 shares and 265,000 views. Europe’s most watched news network sought an interview. 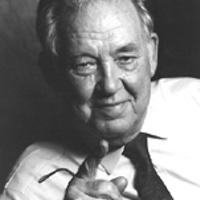 Said Nikiforuk on receiving news of the honour, “At my advanced age I am not a big fan of awards, especially from an industry in decline and that is far too comfortable with itself. But I appreciate the recognition and especially the recognition it brings to The Tyee, an organization that believes in swimming upstream.

“The great Israeli journalist Amira Hass has often noted that journalism only has one moral role and that is ‘to monitor the centres of power’ because it is from those centres that all abuse flows. The Tyee still understands that truth and I am thankful for that.

“I also congratulate my fellow finalists for this category — good company and deserving, no doubt.” The other nominees for the City Mike: Commentator of the Year Webster Award were John Gleeson of the Coast Reporter, and Wawmeesh Hamilton and Gordon Loverin of CBC Vancouver's Urban Nations.

Tyee team members were runners-up in two other Webster Award categories this year.

Katie Hyslop was a nominee for Excellence in Feature/Enterprise Reporting for “Undone: A Newcomer’s Story,” her in-depth profile of a gay Middle Eastern refugee who took his life after a year of struggle in Vancouver. The Vancouver Sun’s Gordon Hoekstra won for a package on money laundering. 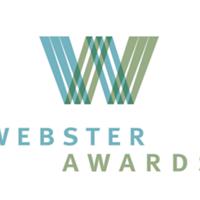 Avo Media and various Tyee members were finalists for Excellence in Digital Journalism for a co-produced series of video explainers about COVID-19 issues. The CBC took that award for its digital coverage of the pandemic.

The Tyee’s sibling publication Hakai Magazine also garnered a Webster Award for Science, Technology and Environment journalism and Andrew Nikiforuk won again alongside Amorina Kingdon for their co-written piece “From Berth to Death,” about how epidemics have spread through globalized shipping.

Tyee editor-in-chief Robyn Smith said: “During this global crisis, I felt extremely lucky to have Andrew, an expert on pandemics and one of the wisest people I know, on the Tyee team. He has worked hard to keep readers informed throughout 2020 about what might be around the corner next, and this award is a great recognition of that effort.”

Last night’s Jack Webster Awards presentation ceremony was recorded and can be viewed here. This year’s sponsors include a number of large corporations, a union, a real estate lobbying group and an institution of higher learning.