But she knows the territory. The Chernobyl nuclear disaster brought perhaps the most horrifying consequences ever to result from the clash of engineering principles with political agendas.

That may be why d'Entremont, a senior instructor of mechanical engineering at the University of British Columbia, spends at least some of her classroom time explaining the essentials of engineering to people who probably couldn’t build a bridge out of popsicle sticks.

Among the courses d'Entremont teaches is “The Art of the Possible,” aimed at arts and commerce students with no science or engineering background.

“We strip out all the math — that's a barrier to getting people into that classroom,” she says. “Our explicit goal is to give them a taste of engineering, enough understanding of how engineers think that they could engage in decision-making around engineering. We talk a lot about how policy intersects with engineering.”

Engineering, you might say, is too important to be left to the engineers.

“There's an interesting UBC course about nuclear weapons,” d'Entremont says, “that is shared between electrical engineering and political science students, about 50/50 from each. They talk about the engineering of nuclear weapons and the political aspects. That's what we need. Engineers can’t just be in a tech bubble with blinders on.”

D'Entremont's own specialty is not hoists and valves but hips and knees. Her area of mechanical engineering focuses on humans, studying the ways our biological joints and skeletons function and malfunction.

Originally from Nova Scotia, d'Entremont got interested in engineering through the Shad program. The program offers promising high school students the chance to spend a summer on a university campus exploring STEAM subjects — science, technology, engineering, art and design, and mathematics. She attended the program at the University of Waterloo.

“I’d always been interested in science and math,” d'Entremont says, “and engineering allows you to use those things to solve problems. It can be creating an engine that emits less, it could be shaving a few seconds off a bike racer’s times, but it could also be designing medical devices, figuring out how surgeries work — it can really personally impact people.”

It might also mean correcting the sort of pervasive cultural bias that can even affect surgical implants. Modern medicine was slow to get hip to vital differences in movement.

“Originally hip replacements were designed for western populations,” she says. “As soon as they started getting used in places like the Middle East or Asia, where people tend to squat or kneel a lot, that range of motion suddenly doesn’t match what the designers intended and the implants started failing. So we have to think broadly about these engineering issues.”

Crash-test dummies are another example of design bias. “They were designed in the 1960s, modelled on men in the military. Female crash-test dummies were just smaller versions. Not only were those original dummies not representative of the population, but since then people have changed.”

Or an engineer could rise to the challenge of building an MRI — magnetic resonance imaging machine — out of pasta.

“There’s an annual international MRI conference,” she says, “and every year they do a fun artistic competition. One year it was held in Milan, and it had to be MRI and food-related. A lot of people MRI’d food. As an engineer I just thought, ‘I’ll build something out of pasta.’”

Fresh pasta over a Rice Krispie core proved to be the engineering breakthrough. The edible creation won first prize. Although the Nobel committee has yet to recognize the achievement, “we won about 200 euros,” she says.

D'Entremont said from the moment she got the chance to work as a T.A., or teaching assistant, and began helping teach courses, she knew where her career was going. “That was my ‘wow’ moment,” she recalls. “I loved teaching and I loved teaching at a post-secondary level. That's where I was going from there.”

She has since delved into the mechanics of the classroom itself. “My position at UBC is in the educational leadership stream,” she says. “UBC is really serious about undergraduate teaching.”

As a woman in a field where women are still badly under-represented, d'Entremont has studied how gender and personality can effect peer review in a classroom setting.

“I’ve been interested in women in engineering issues,” she says. “We haven’t even hit 20 per cent nationally for women graduating from engineering. UBC does a bit better because we’re very passionate about it.” (So far only the prestigious Massachusetts Institute of Technology mechanical engineering program has achieved equality in its engineering student body.)

“There's a lot of best practices around inclusive teaching,” she says. It’s not enough simply to treat people in the same way, she says. It's also important to actively encourage under-represented groups. “Negative interactions can push people out, but being actively positive towards people can prevent that from happening, kind of like preventative medicine.”

“Part of it is just being present, as a role model,” she says. “But another part is being aware of your examples. If all of your examples involve football, they might not land as well. Or it’s how you split up teams. We’re not at 50/50, not even close, so if you isolate women on teams they can become like a token. Pairing up women on teams can help.”

“Our former dean set a goal for the faculty to reach 50/50 [gender parity] by 2020. I don’t think we’re going to get there,” she admits. The number of women studying engineering is continuing to grow, at UBC, in Canada and in the U.S. “But it’s pretty slow,” d'Entremont says.

As for her own path, d'Entremont says she has been lucky. “I didn’t have too many negative experiences, honestly,” she says. “I had a good time. But I’ve heard of people being told by their high school guidance counsellors, ‘You shouldn’t go into that. You’re a girl.’ It still happens.”

One of d'Entremont's current passions is about student finances and the drive to create open educational resources. “There's a growing movement to create materials students can access for free, replacing paid materials like textbooks, so that students don't have to choose between buying textbooks and buying food,” she says.

She is currently working on an online engineering textbook. “Open textbooks have kind of blown up,” she says. “Taxpayer money is paying our salaries, so shouldn’t our work be available to the public?”

But the open resources movement also extends to the ways students do homework and assignments.

“Online homework systems are in heavy use at UBC,” she says. “Instead of students doing their work on paper they get questions online, there are answer boxes, they find out right away if it’s right or not and they can try again. There are big advantages to that. The purpose of homework is to get practice, figure out your mistake and fix it. But if you have a paper, you hand it in and get it back a week later, graded. A week later they are probably not going to go back and try the problem again.”

The problem — stop me if you've heard this before — is capitalism. Most online submission systems are run by publishers. 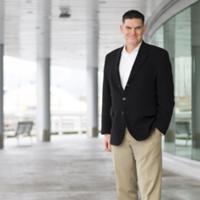 Science World’s Scott Sampson Has a Head of STEAM

“Publisher's websites like Wiley or McGraw-Hill charge for the service. Sometimes they bundle it with the purchase of the textbook, but if you bought your books second-hand you have to pay full price for online access. And if submitting your homework is part of your course mark what are you going to do? You have to pay for it. I've heard students say ‘We've been charged $70 just to submit our homework.’”

D'Entremont and colleagues around the world are contributing to a growing system called WeBWorK. “It's got a problem bank of about 33,000 questions. We’re trying to build these question banks that can be used globally by any engineering instructor.”

Engineering can never be an ivory tower pursuit, d'Entremont believes.

“You can see science as walled off from society in some ways,” she says. “You can do science in a lab by yourself and publish papers. But engineering, by its very nature — a car, a table, the lights in the street — it’s all around us all the time.”