In his Tyee op-ed on Monday titled “Let’s Talk Fossil Fuel Subsidies in BC,” Bruce Ralston, the provincial minister for energy, mines and low-carbon innovation, tried to distract from his government’s continued support for fossil fuel extraction.

In particular, he raised an issue over the numbers in a report from Stand.earth, which he says lumped together the fossil fuel industry’s exemptions with exemptions that regular British Columbians get on hydroelectricity.

He then used this to create a straw man argument about the BC Greens, suggesting that because we cited the Stand.earth report, we therefore consider PST exemptions for residential users a fossil fuel subsidy. This is, to say the least, a stretch.

In the appendix attached to Ralston’s article, it is pointed out by Stand.earth that “Note: does not provide a delineation between different fuel sources.” And so yes, some portion of those figures included PST exemptions for residential users of hydro power, and some included PST exemptions for residential users of natural gas. Because the government does not provide disaggregated data that shows how much goes to each, neither Stand.earth nor the public knows what the exact breakdown is.

Should those figures have been lumped in with the hundreds of millions of dollars that the provincial government gives away each year in fossil fuel subsidies? No, the PST exemption British Columbians enjoy on their hydro bill is not a fossil fuel subsidy.

But this does not change the fact that the BC NDP government is subsidizing the fossil fuel industry and has increased them beyond what the BC Liberals gave. And let me be clear about where the BC Greens have always stood: every dollar that the government gives to expand fossil fuel extraction in B.C., whether in the form of direct subsidies or tax breaks, is a dollar too much.

In 2019, with the support of the BC Liberals, the NDP passed Bill 10, which increased the publicly funded incentives to the multinational corporations that have invested in LNG Canada.

Through their signed agreement, the BC NDP have provided LNG Canada with discounted electricity prices, exemptions from increases in the carbon tax, a corporate income tax break and a deferral of the PST on construction.

The truth is, when the BC NDP passed these LNG subsidies, they miscalculated the future political blowback. Now, as the cost of climate change comes to bear, they are trying to justify their short-sighted decision-making because they’re worried about losing votes. The minister is simply attempting to distract from the crux of the issue because he knows that British Columbians want to see stronger climate action from his government.

The minister also leaves out the fact that Stand.earth’s numbers do not account for the costs of publicly funded roads being built in regions used almost exclusively by the oil and gas industry, the hydro transmission lines that get electricity to these regions, the vast amounts of fresh water used and contaminated in the fracking process, and, as we’re seeing now, externalized costs of carbon pollution in the damaged caused by weather events.

These subsidies for LNG Canada are intended to attract investors to a market that is risky and will, according to financial projections, be unprofitable. Just last week the Institute for Energy Economics and Financial Analysis reported that the BC NDP-subsidized LNG Canada project could become a “financial albatross” and a “warning” to other natural gas producers, and that’s just phase one of the project.

In other words, fossil fuel development is financially risky. It’s also morally abhorrent given the state of crisis we already face.

The heat dome, the wildfires, the extreme drought and the relentless flooding delivered by three atmospheric rivers are the price we pay for the additional energy added to our atmosphere by fossil fuel development. People are losing their homes, their livelihoods and most tragically, their lives.

At a time like this, our government should be laser-focused on transitioning our economy away from industries that are going to worsen the climate crisis. Public funding should be going towards climate mitigation and adaptation. Community resiliency should be shored up, emergency systems should be used.

As the minister says, the government is reviewing the deep well royalty credit program, which the BC Greens and other groups have been criticizing for years. But the review does not include all of the subsidies the government has given to the LNG industry. We remain skeptical that this review will result in the removal of all fossil fuel subsidies. 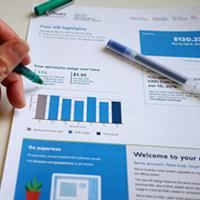 When it comes to taking action on climate change, there is a stark choice for politicians.

We can try to justify, to distract, to convince the public that we can continue with the expansion of fossil fuel extraction while somehow making the case that we take climate change seriously.

Or, we can tell the truth.

The UN made it clear in its latest Code Red Report that we’re out of time to keep global warming below catastrophic levels. We are also out of time for political spin. The BC NDP can continue to try to have their cake and eat it too, subsidizing climate change while trying to fight it. But in reality, they’re just feeding the flames, and British Columbians pay the price.