For 16 years, the BC Liberals worked for big multinational corporations while making people who live in B.C. and our environment pay the price.

In the oil and gas sector, they implemented a royalty system that handed millions in wasteful subsidies to companies. At the same time, they undermined environmental standards and refused to act meaningfully on climate change.

That time is at an end.

Our BC NDP government has been working hard to undo the damage left by the BC Liberals. That means fixing the BC Liberal royalty and taxation system so we can reduce emissions and get British Columbians a fair return on our resources.

That’s why we’re currently undertaking an urgent and comprehensive review to fix the system. And we are making sure the review process lets the public have their say on what a new royalty system should look like.

That work will be complete by February and will put us in a position to eliminate outdated fossil fuel subsidies and align B.C.’s royalty system with our ambitious CleanBC climate action plan — just recently accelerated with the release of the CleanBC Roadmap to 2030 which lays out our plan to achieve the Paris emissions reduction targets for 2030 and reach net zero by 2050.

If you live in British Columbia, you don’t pay PST on your monthly electricity bill. According to the Green Party, that is equivalent to a subsidy for fossil fuels.

A report from Stand.earth, endorsed by the Green Party, counts the PST exemption on residential energy and non-residential electricity as a fossil fuel subsidy worth a combined $474 million in 2020-21. In fact, 98 per cent of B.C.’s power comes from clean, renewable sources — primarily hydroelectricity. Saving money on your BC Hydro bill is absolutely not a subsidy for the fossil fuel industry, despite what the Green Party is claiming.

The Green Party has used this and other misleading numbers to argue that fossil fuel subsidies are much higher than reality.

The report makes other inaccurate claims and doesn’t provide a transparent breakdown of how they reach their figures. In fact, the report entirely fails to account for a whopping $755 million — more than half what it claims is being spent on fossil fuel subsidies.

When we requested a breakdown of the organization’s numbers, it became clear that they counted hundreds of millions of dollars that have nothing to do with fossil fuels at all. And they even counted programs designed to reduce fossil fuel emissions that were previously supported by the Green Party.

With the support of the BC Green Caucus, our government developed CleanBC, our province’s climate plan. The CleanBC Program for Industry directs a portion of carbon taxes paid by industry towards emission reduction incentives and projects across all sectors. This program is essential to meeting B.C.’s climate targets, and it is set to increase from $55 million last year to $229 million in three years as industry pays a higher price on carbon — which is already the strongest in North America. In fact, just this past week our CleanBC Program for Industry won an international climate award at COP26 in Glasgow for its innovative, cross-sectoral approach in reducing industrial emissions.

Previously, the BC Green Party enthusiastically supported this plan. Now the remaining MLAs are twisting it to bolster their partisan claims around “increasing” fossil fuel subsidies. It’s a disappointing shift from a party that has prided itself on putting evidence before partisanship.

Unlike the BC Liberals, the BC NDP and BC Green Party agree on the urgency of dealing with climate change. We agree on real action to transition B.C. off fossil fuels and towards renewable, low-carbon alternatives. 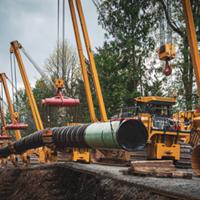 Where They Stand: The Parties on Fossil Fuel Subsidies

Getting there will take tangible, substantive changes to reduce emissions. There’s no silver bullet. It takes hard work and real investments like our recently announced five-year, $470 million electrification plan that will make it easier and more affordable for people to use clean electricity instead of fossil fuels to power their homes, businesses and vehicles.

British Columbians expect their political leaders to fight the climate crisis with the urgency it requires, especially after seeing the BC Liberals refuse to act for so many years. British Columbians also rightly expect that political parties will focus on facts, even when they disagree.

The work underway to overhaul B.C.’s broken royalty system is essential to meeting B.C.’s climate targets and building a more sustainable economy. I’m hopeful that the Green Party and other organizations will focus on facts over hyperbole as we undertake this important work.

We owe it to future generations to deal directly and with integrity in tackling the immense challenges of climate change. That’s what our BC NDP government will keep doing.