As COVID-19 spreads across the country, many people insist that “coronavirus doesn’t discriminate.” And while that might be true, our society and the systems we live under do discriminate. East Asian, Black, Indigenous and other communities of colour are being disproportionately impacted by the coronavirus and governments’ response to it.

Back in January, when Canada still only had three confirmed virus cases, anti-Chinese racism had already begun to mount as pre-existing prejudices were exposed and magnified by fear, anxiety, and misinformation. Chinatowns across North America lost visitors, and in Toronto more than 10,000 parents in the York School District signed a petition calling for students who had travelled to China in the past 17 days to be banned from school.

But COVID-19 hasn’t just exacerbated racism on an individual level; it’s also magnified systemic racism across the country. From remote Indigenous communities under boil water advisories to the disproportionate number of Indigenous, Black, and people of colour incarcerated in prisons, systemic racism plays a role in determining which communities are most vulnerable to COVID-19, and likely who will be the last to receive adequate assistance.

Meanwhile, most white middle-class people would not be able to self-isolate or socially distance were it not for the disproportionately Black and racialized workforce growing and delivering our food, working the tills at grocery stores and cleaning our public spaces, including high-risk environments like hospitals and long-term care facilities.

None of this systemic racism would be possible without the backing of white people. Those in power, including the wealthy elite, count on white people to silently endorse their agenda or actively oppose multi-racial movements that fight for the things we all need, like health care, homes, and public education.

Already, we’re seeing this play out across the country as governments close borders, throw billions at pipelines and waive rent for airline companies but not people.

That’s why now, more than ever, it’s critical that those of us who are white take action. We can’t afford to let this crisis become an excuse for the powerful to push through policies that worsen inequality.

Here are five ways that white folks can show up for communities of colour and help build more resilient systems for us all through this crisis.

1. Get organized! Join or support a racial justice organization to advocate and organize for a fair long-term response to COVID-19 and the economic aftermath.

The safest place in a crisis is with others (though not necessarily physically!). Join a group in your community that is working to dismantle systemic racism and force those in power to protect and care for the most vulnerable. Organized people are needed now, and they’ll also be needed as we fight for a just recovery that puts workers and communities before corporate executives.

Find people-of-colour-led organizations where you live. Do they have call-outs for help? If not, ask them how you can support. Join our upcoming workshop to learn more about how white people can accountably support BIPOC-led organizing across the country, and to network and brainstorm regionally around how to concretely show up in this moment.

2. Speak up! Call out false solutions that will hurt communities of colour and interrupt racist stories about who is to blame.

Our friends in Showing Up For Racial Justice put it this way: “Push back on people who use coded or racist language to talk about this moment. Specifically, when you hear people use the phrases ‘Chinese virus,’ ‘Wuhan virus’ and ‘Kung flu,’ have a respectful and clear conversation about the racist and factually incorrect nature of this harmful scapegoating.”

Learn about the racist history of pandemics, how the 2003 SARS outbreak stoked fear and discrimination against East Asian communities, and how this same trend is repeating itself today.

It’s critical that we follow public health directives. But some COVID-19 responses are based on or reinforce bias. For example, when the Trudeau government initially closed the border with the U.S., it allowed irregular border crossers in and housed quarantined asylum seekers. This was ethical and evidence-based public health policy.

But the government backtracked on that commitment and now all border crossers are sent back — a cruel move that goes against Canada’s legal and humanitarian commitments and is ineffective in protecting the public from COVID-19. The virus doesn’t pick and choose based on immigration status and, as the World Health Organization has pointed out, “In general, evidence shows that restricting the movement of people and goods during public health emergencies is ineffective in most situations and may divert resources from other interventions.”

Instead of protecting us, this move creates fear that immigrants could be vectors of disease and puts them at risk.

We also need to push back against the idea that giving police more powers is an effective public health strategy. Provincial and municipal governments are bestowing police with enhanced powers to demand identification and the home address of anyone suspected of violating new public health rules, and to issue steep fines.

Forcing people to follow the rules can seem like the protection we need to stay safe. But it can undermine this objective — policing sows confusion, over acceptable behaviour pushes people away from testing, fails to address the underlying issues that put people at higher risk and has a disproportionate impact on marginalized communities.

Contact with police can be dangerous and life threatening to people of colour, Indigenous people, migrants, poor, homeless, drug-using and disabled people. We can’t police our way out of this pandemic.

3. Call for real solutions that take care of everyone and improve our world for the long term.

We need real solutions to COVID-19, which includes creating the conditions that allow all people who can to be housed, stay home, and access the care they need — public health infrastructure that can provide rapidly available testing, paid sick leave, and emergency worker protections, a moratorium on rent, a ban on evictions, healthcare for all regardless of status, open work permits, income for all, an immediate opening up of buildings to house the homeless, and the release of prisoners and detainees like those who completed an eight-day hunger strike in Laval.

We also need to push back on the exceptions to the rules surrounding “essential” work that are about profit margins, not public safety. In oil and gas camps, workers are continuing to gather in large numbers in remote regions that lack adequate medical facilities and personnel to deal with a major outbreak, including in Indigenous communities.

4. Give your money or time to a mutual aid effort.

If you’re able, donate your money, resources or time to a mutual aid fund or start a mutual aid pod in your own neighbourhood by reaching out to those on your block. Mutual aid networks connect people who have resources to those who need resources during a crisis.

Pay attention to who’s in charge of the mutual aid projects, where the resources are going, and who might be falling through the cracks. If you’re fortunate enough to have financial security in this crisis, there are some amazing groups offering frontline services to those most vulnerable. Donate to COVID-19 response in Canada’s poorest neighbourhood: the Downtown Eastside of Vancouver. Donate to Black folks who are struggling by contributing to Black Lives Matter Toronto’s GTA Black Community Emergency Support Fund. Support sex workers, many of whom have lost their entire income, by donating to Maggie’s Toronto and Butterfly: Asian/Migrant Sex Worker Support Network’s emergency fund for sex workers in crisis. Support undocumented workers in Edmonton or check out this list, compiled by Indigenous Climate Action, of frontline organizations serving Indigenous communities in this crisis.

5. Support Indigenous Land Defenders who are falling under the radar but whose struggles for sovereignty and self-determination continue.

Even in the middle of a pandemic, construction on the Coastal GasLink pipeline is continuing without the consent of Wet’suwet’en hereditary chiefs. This increases the health risk for Indigenous communities close to the construction sites. 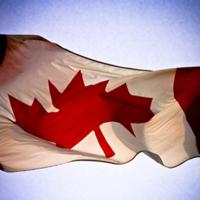 White people are being called to envision a radically different and anti-racist future, now, and to join in organizing towards that future. Out of this crisis, we have an opportunity to struggle together to rebuild a different world — one that prioritizes the health and well-being of all people and protects the planet, not profit and social control.

Emma Jackson is a community organizer and queer settler living on Treaty 6 territory. She organizes with Climate Justice Edmonton and 350 Canada.

Chanelle Gallant has been an organizer, writer, speaker and troublemaker in sex work and racial justice movements for 20 years.

Annie Morgan Banks is an organizer and printmaker, living on Ohlone territories in the Bay Area. She is a co-founder of the Wet’suwet’en Solidarity Front-Bay Area and a member of the Anti Police-Terror Project.

Johanna Lewis is a community organizer with Showing Up for Racial Justice - Toronto, a doctoral candidate in History at York University, and a queer femme parent of two strange and magical children.

Sheryle Carlson is a white settler, degrowth proponent, organizer in support of racial justice, Indigenous and migrant rights, and is currently collaborating on an anti-racism youth forum in amiskwacîwâskahikan, Edmonton.