That decision will cost Canadians and British Columbians tens of thousands of good jobs.

The federal decision in late August was based on requests by two proposed B.C. liquefied natural gas projects: the LNG Canada facility in Kitimat and the Woodfibre plant in Squamish.

It will exempt hundreds of millions of dollars worth of Chinese steel from tariffs introduced because the Canadian International Trade Tribunal found that China was dumping subsidized steel into our country.

Now this unfair competition — at a time when two Canadians are languishing in China without due process and our canola is being boycotted by China — is actually being rewarded by the federal government.

And there are serious consequences: the first job losses have already been announced.

Supreme Steel will eliminate about 200 family-supporting jobs when it closes two of its steel fabrication plants. Its Delta, B.C. plant will close next year. Its Winnipeg plant closed Sept. 30.

The company is clear that the decision to lift tariffs for steel used in LNG construction is the main reason for the shutdowns.

Supreme Steel president Kevin Guile says its plants across Canada cannot compete with countries like China that unfairly subsidize their steel industry, so it was forced to make job cuts.

“Supreme sees the major LNG investments as a huge opportunity for growth across the country; however, the [tariff] remissions essentially allow unfair trade to happen at the expense of Canadian jobs,” says Guile.

And when steel fabrication shops shut down, more work goes offshore and workers in all building trades are negatively impacted.

The Canadian fabricated steel industry has been clear that LNG modules and other needed steel can be produced in this country to create jobs here, and by workers and companies that pay taxes here — not in a foreign country that subsidizes steel.

Unfortunately, the Liberals accepted misleading LNG industry arguments that Canada can’t produce needed modules, so they must come from China. Those arguments are solely designed to maximize profits at the expense of Canadian jobs.

The Canada Border Services Agency investigated fabricated industrial steel products from China in 2108 and concluded that duties should be levied on unfairly imported steel.

But the federal government overrode that decision simply at the request of LNG companies. 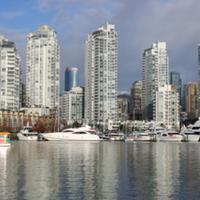 Canada Should Quit Grovelling and Push Back Against China. Here’s How

Supreme Steel had hoped to create new jobs rather than cut existing ones, but this decision means 200 workers will soon be unemployed and more will follow.

“In large part as a response to decreased activity in major industrial capital projects, Supreme has recently announced the closure of two of our long-established steel fabrication plants,” Guile said. “We regret those decisions, but they are vital to ensure continued viability in an uncertain global trade and capital investment environment.”

Sadly, the government’s decision disrespects Canada’s own industry, despite success using Canadian fabricated steel on projects like the Port Mann Bridge, the Rogers Arena or the Richmond Olympic Oval.

So while China celebrates its success in dumping steel in Canada, despite diplomatic disasters, and the LNG industry increases its planned profits, Canadian workers and companies are left to pay the price.