It’s been more than six months since two high-profile Canadians were detained in China.

Former diplomat Michael Kovrig and businessman Michael Spavor have not seen the sun since December, have been interrogated up to eight hours a day, and may face the death penalty on charges of espionage.

Virtually all observers have linked these cases to the December arrest of Huawei chief financial officer Meng Wanzhou at the request of the U.S. government. Since then, she endured house arrest at one of her Vancouver homes worth $5 million, until a bail hearing in May granted her permission to move to another home worth $13 million.

China has also restricted imports of Canadian pork, beef and canola, with more likely to come. The wrath of the Chinese leadership over Meng’s arrest escalates as rapidly as Canadian capitulation.

Former prime minister Jean Chrétien has apparently signalled his willingness to negotiate an unconditional diplomatic surrender, in which Prime Minister Justin Trudeau would pick up the phone and order the attorney general to release Meng and ask the Chinese leadership for forgiveness. Grovelling to date has produced little but diminished national dignity.

China insists with a straight face that its actions are all above board. The Canadians are legitimately imprisoned on suspicion of spying. Canadian canola, pork and beef fail to meet the high food safety standards of China and must be excluded for the safety of the people.

What if Canada took a similar approach, retaliating instead of cringing?

Officially, the Chinese leadership supports stricter controls on offshore money laundering to staunch the flow of cash illegally leaving Mainland China in favour of countries that are less corrupt, polluted and unstable. Estimates of Chinese capital flight range up to $800 billion since 2014, much of it landing in Canada.

Canada could therefore support the position of Beijing and vastly scale up efforts to root out corrupt individuals breaking Chinese currency laws and inflating prices in Canada’s two largest housing markets. These housing bubbles are a major threat to the economy, leading to a huge increase in debt as Canadians try and buy homes and create the potential for a catastrophic collapse.

Of course, some of the people caught up in such an effort may include Chinese elites who might wish to land their lucre in a country as fortunate and naive as Canada.

Tackling tax avoidance is one good place to start. Canada’s Business Immigration Program that ran from 1980 to 2014 offered people with money a fast track to the country for people with money to invest. But incredibly, the people who took advantage of the program had lower declared incomes than refugees. Quebec still has its own version of this discredited policy, even though 85 per cent of participants end up in B.C. or Ontario.

The Canada Revenue Agency needs to go hard against offshore elites using Canada as a country of convenience. In one recent case unearthed because of a lawsuit between acrimonious business partners, an owner of several multimillion-dollar properties in Vancouver, as well as a Chinese textile company, claimed annual income of $98.11 on his Canadian tax return.

Canada could also improve its wretched record and stop allowing the real owners of businesses and property to hide behind shell companies.

Currently Canada ranks at the bottom of the G20 countries in terms of transparency around the real owners of real estate and businesses. Other than South Korea, no G20 country is doing a worse job of ensuring that the real owners can be identified to protect against money laundering, tax fraud and other financial crimes.

Real estate is, of course, a favourite way to clean up ill-gotten gains, but this method of laundering money has direct local consequences, contributing to crippling housing crises in both Vancouver and Toronto.

Unlike the U.K., Canada still does not have a searchable public database of beneficial ownership and remains behind countries like Ghana and Sierra Leone in making meaningful steps in that direction. British Columbia is belatedly making progress in increasing transparency in the real estate sector, but Ottawa could bring national reform with the stroke of a pen.

Setting up a corporation in this country requires less information than getting a library card. Legal trusts can buy businesses or property and open bank accounts, but have no obligation to register their existence or the people behind them with any regulator or Revenue Canada. Solicitor-client privilege is cited to block attempts to get information. 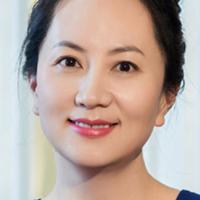 ‘Fingers in All Pots’: Canada’s Reckoning with China

CSIS spends scarce resources spying on Canadians who disagree with pipeline expansions. Rather than recreating the storied intelligence blunders of the past, why not invest those resources in scaling up efforts to combat elements of the Chinese government that could be active in undermining Canadian society? China apparently takes foreign espionage seriously. So should we.

Immigration, Refugees and Citizenship Canada and the Canada Border Services Agency should both have much more resources to investigate, identify and, if justified, expel those who jumped the queue using false pretenses or dirty money.

Unless Canada sprouts a spine, perhaps inspired by the previously peaceful protests in Hong Kong, we already have a very good idea of what dangerous indignities our future relations with China will bring.