Seemingly out of nowhere on a balmy long weekend, the Kingdom of Saudi Arabia declared Canada’s ambassador, Dennis Horak, persona non grata and gave him 24 hours to leave the country. (He is also ambassador to Bahrain, Oman and Yemen.) Meanwhile, the Saudis were yanking their own ambassador out of Ottawa. They also said they were yanking 16,000 Saudi students out of Canadian universities and relocating them in U.S. and British schools.

As “Saudi Arabia” trended on Twitter on Sunday afternoon, it soon became clear that Canada had mightily offended the Saudis by a single Aug. 3 tweet: “Canada is gravely concerned about additional arrests of civil society and women’s rights activists in #SaudiArabia, including Samar Badawi. We urge the Saudi authorities to immediately release them and all other peaceful #humanrights activists.”

You would think the Saudis, wily diplomats that they are, would recognize that this “grave concern” was for domestic Canadian consumption, not a shot at the Saudis themselves. “Urge” is a verb much used by foreign ministries the world over for the same purpose, and cheerfully ignored by those being urged. “Warn” or “demand” would have sent a very different message.

The Saudi reaction was suspiciously prompt and organized. Not only had our ambassador been sent packing, but the Twittersphere erupted with indignant Saudis (including lots of Saudi bots with few followers and many numbers in their handles) telling us to butt out of their internal affairs while disparaging our treatment of Indigenous Canadians. One noted that Canada’s government is now full of Somali, Indian and Pakistani hoodlums. (That tweet, alas, is no longer available.)

A thousand lashes for blogging

The reaction seems odd, because we’ve been “urging” about this problem for years without getting a rise out of the Saudis. The issue goes back at least to 2012, when a Saudi blogger named Raif Badawi was arrested, tried and condemned to 10 years in prison and a thousand lashes for supposedly committing blasphemy while blogging.

Badawi has so far received only 50 lashes; his health, and global opinion, seem to have postponed the remaining 950. Meanwhile his wife and children, now Canadian citizens living in Quebec, have been pleading for years for his release.

The present crisis has resulted from the arrest late in July of Badawi’s sister Samar, who has been annoying the Saudi authorities for 10 years. She battled with her father over his abuse, and then went on to battle the authorities over voting and obtaining a driver’s licence. It didn’t help that she got foreign praise for her advocacy of women’s rights.

Samar Badawi seems to have been caught up in a sweep of Saudi female activists, all arrested not long after Crown Prince Mohammed bin Salman decreed that women would now be allowed to drive cars. Driving cars and exercising human rights are two very different issues for the Crown Prince.

Picking a fight to make a point

The Badawis are really a sideline issue, but picking a fight with Canada over them is a cheap way to make a larger point. The House of Saud, under its new de facto boss Crown Prince Mohammed, has been intent on a major political and economic overhaul that would also make it a Middle East superpower.

Ever since the 1970s, when the Saudis realized they could dictate the price of oil, they’ve been exporting their reactionary Wahhabi version of Islam. They’ve funded madrassas from Morocco to Indonesia. These have turned many students into soldiers: Saudis including Osama bin Laden fought the Soviets in Afghanistan.

As policy, it hasn’t always gone well. Saudis formed most of the group who hijacked American airliners on 9/11. When the ultra-Wahhabi Islamic State gained power in parts of Iraq and Syria, it ran its territory on embarrassingly Saudi lines, right down to the oppression of women and public beheadings. (Saudi Arabia still beheads people for witchcraft.) Crown Prince Mohamed is trying to scale back Wahhabi excesses, mostly with trivial modernizations like letting women drive. 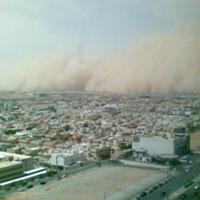 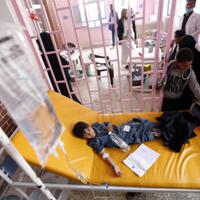 How the House of Saud Inflicted 500,000 Cholera Cases — As Policy

But he can foresee the House of Saud in ruins if it doesn’t also show itself strong enough to deter both internal dissidents and Iran. So the Saudis have pulled together a coalition of neighbouring states like Bahrain and the United Arab Emirates and used them to fight a proxy war with Iran with Yemen as the battlefield.

Crown Prince Mohammed’s war is going badly, but it’s showing the world he’s a tough guy, willing to bomb hospitals and inflict a million cholera cases (half of them in children) as part of his strategy. (His coalition partners Bahrain and the UAE have dutifully denounced Canada’s tweet.)

If the kingdom didn’t have so much oil, and such good relations with oil-addicted countries like the U.S. and Britain and Japan, it would be just a poor, backward nation like Yemen. Instead, it’s become a rich, backward nation that punches far above its real weight.

It also remains a seriously oppressive regime, which is why blogger Raif Badawi has been in prison for six years. Reporters Without Borders ranks its press freedom at 169 out of 180 nations:

“Saudi Arabia permits no independent media and tolerates no independent political parties, unions, or human rights groups. The level of self-censorship is extremely high and the Internet is the only space where freely reported information and views may be able to circulate, albeit at great risk to the citizen-journalists who post online. Like professional journalists, they are watched closely and critical comments are liable to lead to arrest and trial under the country’s terrorism or cyber-crime laws. Blasphemy, insulting religion, ‘inciting chaos,’ ‘endangering national unity,’ and defaming the king and the state are the most frequent charges brought against those who show a desire to report the reality. They may be detained arbitrarily without trial, mistreated in detention, and subjected to barbaric punishments such as flogging. Despite his talk of reform, the young Mohammed bin Salman’s appointment as crown prince in June 2017 has had no positive impact on the freedom to inform.”

So why has Canada ever given the Saudis the time of day, let alone big contracts for armoured personnel carriers? Why have we tolerated Crown Prince Mohammed’s war in Yemen?

The Saudis’ calculated hissy fit about a single Canadian tweet suggests that we’re being made an example of: a distant, uncombative country that the Saudis can safely rebuke. That will presumably deter other countries from criticizing the kingdom’s oppressive behaviour toward its own people.

Well, if we won’t stand for bad behaviour from Donald Trump’s trade negotiators, we shouldn’t stand for it from the Saudis. They’ve frozen trade; we should cancel all contracts with them, especially the armoured personnel carriers. We might also freeze any Canadian bank accounts held by Saudi officials and agencies, while permitting Canadian Muslims to make their pilgrimages to Mecca if they wish. But we should advise them that we won’t be able to guarantee their safety while they’re in Saudi Arabia.

And if any of those 16,000 Saudi students want to stay in Canada as asylum seekers, we should welcome them.