Vancouver’s Non-Partisan Association certainly dodged a bullet Sunday night when the party membership elected Ken Sim as their mayoral candidate for the upcoming civic election. They could have come up with a winner. Sim could just be the guy to be the city’s first Chinese-Canadian mayor, or the first mayor of any colour but white for that matter.

And nobody delights in that more than NPA president Gregory Baker.

This nomination process has been disputatious at the very least. Baker has been dogged by the newest NPA Coun. Hector Bremner and his supporters for weeks ever since the NPA board refused to accept Bremner as a candidate for mayor because of allegations of conflicts of interest. Bremner, who only joined council after a byelection win last fall, is now threatening to run under a party label of his own making.

A bigger problem for the NPA than Bremner leading up to Sunday night’s vote was potential nominee Glen Chernen. Chernen is a lawsuit waiting to happen. But he was approved as a candidate in the nomination tussle.

In his brief public life as a wannabe civic politician, Chernen has found himself chastised by the courts for wasting their time in spurious suits he brings forward.

In the end, Chernen got little more than a third of the support that went to Sim.

The guy who came up in the middle was the two-term park board commissioner with an avuncular demeanor, John Coupar. He’s the only one of the three who has any civic electoral experience. Coupar had the backing of caucus members and the party establishment, including Suzanne Anton, a former councillor and former B.C. Liberal attorney general, and former mayor Philip Owen. Owen incidentally was the first of two NPA mayors in a row who were turfed by their own party. The second was Sam Sullivan.

But more to the point: if the electorate was looking to the future and to change, Coupar was definitely the past.

It was Ken Sim, the fellow who referred to himself as a “change agent,” who caught the eyes of most of the members.

So what’s his story?

The son of Chinese immigrants, he was born and grew up in Vancouver. When he was still in high school, he took a weekend job working a night shift as a janitor at Wendy’s where he cleaned toilets. He went on to graduate from UBC’s Sauder School of Business before qualifying as an accountant and working for KPMG, one of the biggest outfits in the world. He them moved into international banking before settling down here. With the help of Milton Wong — a highly respected philanthropist, advocate for multi-culturalism and member of Vancouver’s Chinese community — he was able to set up two successful businesses. He is co-owner of Nurse Next Door, a North American operation that serves mostly seniors who prefer to live at home, and he also has a bagel joint.

He has four kids with his wife, who is of South Asian heritage. And if he has any regrets, it is that he didn’t accept his parents’ advice and learn Mandarin.

Incidentally, he only announced his intention to seek the NPA nomination 11 days before the deadline. It speaks to his robust network of friends that he actually pulled it off.

While there are severe restrictions now about corporate and union donations in British Columbia’s provincial and municipal elections, that has not stopped big money folks from gravitating to his camp. That includes former NPA president and Rocky Mountaineer owner Peter Armstrong and Chip Wilson, former head of Lululemon and former Gregor Robertson supporter.

And where does Sim’s win leave the most complex race for the Vancouver mayor’s chair in living memory?

On the right, former Conservative MP Wai Young will lose steam for her own party given her main complaint was that the NPA discriminated against Chinese voters. Hector Bremner will be just another guy promising to fix the housing problem, but will be as a credible as a person who regularly takes a bus to work and claims that makes him an expert in public transportation. 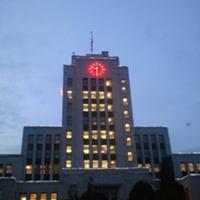 Problems still plague the left of the spectrum. The Vancouver and District Labour Council finally brokered a deal between five different left of centre parties (Vision Vancouver, COPE, OneCity, Greens and the Jean Swanson team) to avoid vote-splitting on candidates running for council, park board and school board, but the agreement explicitly left out mayoral candidates. Remember, it was their failure to cooperate that cost them the byelection. Green Coun. Adriane Carr has yet to decide if she will run for mayor. Vision jumped the fence and decided to run its own candidate instead of supporting an independent acceptable to the rest. Vision actually had two folks vying for the spot until Taleeb Noormohamed pulled out for health reasons. That leaves Vision and its sole remaining candidate, Squamish hereditary chief and land developer Ian Campbell, with no opportunity to build interest or membership through a contested nomination race.

Then there is independent candidate NDP MP Kennedy Stewart. His plan B is to return to his tenured post at SFU. And if SFU professor Shauna Sylvester is getting any traction in her bid, I can’t detect it.

So, Ken Sim? Looking pretty good, I would say.