[Editor’s note: As the B.C. government’s rental housing task force tours the province to consult on changes to residential tenancy laws and ideas to increase affordability, The Tyee has decided to republish some of the analysis and solutions we’ve shared with readers.

Today, a look at tax changes that could encourage construction of more market rental housing.]

People keep asking “Why is there so little new rental housing built?”

The real question should be “Why are investors not interested in building new rental housing?”

The answer is that Canadian tax policy since 1972 has made new rental construction a very poor investment. It’s that simple.

Market rental housing — as compared with most “subsidized” and “affordable” rental housing — is built by private investment. From 1946 to 1972, when the tax treatment for building new rentals was favourable, there was lots of rental housing built. In 1972, almost 50 per cent of new housing unit starts were rentals. Since then it’s typically been much lower, in some years just five per cent of starts. Between 2001 and 2010, rental housing accounted for less than 10 per cent of housing starts.

In 1996 I began to advise B.C.’s landlords and became curious about the 1972 tax changes and their effect on rental housing construction.

Oddly, there had been not a single study done. CMHC, which studies everything, had not studied the issue despite tax policy’s role in the obvious problem of plummeting rental housing production because they were forbidden to. Only the Finance Department can study tax policy.

So I raised $40,000 and hired housing policy economist Frank Clayton to do an analysis, which you really should read. It is slightly dated, but still valid.

Tax policy changes helped create the rental-housing catastrophe. Rental housing was already in short supply in the early 1970s as the “baby boom” cohort was reaching maturity. Double-digit inflation and high interest rates led to escalating rents, which in turn led to demands for rent controls, which in turn further discouraged new investment. The removal of tax incentives for rental housing made the situation worse and led to where we are today.

The fact is that for the last several decades the average rate of return for investments in existing rental housing was about four per cent — poor compared with the almost nine per cent return on stocks since 1980.

If investors in rental housing were given better tax treatment, hundreds of millions of dollars in savings currently sitting idle would drive a rental housing boom. A huge percentage of the investment in new rental construction is spent domestically — concrete, lumber pipe, wire, fixtures, labour. Residential construction has economic impact. The current tax policy makes absolutely no sense, particularly when we are welcoming over 250,000 immigrants annually.

There were five tax measures to encourage rental housing investment between 1945 and 1972. Here is a simplified summary of some fairly complex provisions.

Investors in rental housing could claim very high depreciation — 10 per cent per year on wood frame buildings — against the taxable income from the properties. This provided a “paper loss” tax shelter and encouraged investors to fund rental construction. In 1972 the allowable depreciation was cut in half to five per cent, then later to four per cent.

The rental investor could claim any losses, including those “paper losses” based on the accelerated depreciation, to reduce taxable income from other sources. Such subsidies are often needed in the first years of a project facing high startup costs and lower tenant revenues. Coupled with the accelerated depreciation rate, this provided a very attractive tax shelter. In 1972 the tax shelter attraction was eliminated.

“Rollover” provisions said an owner or investor who sold a rental building paid no taxes on the profits if they were re-invested in rental housing within the calendar year. This encouraged re-investment and attracted people with limited capital who, by buying and selling, were able to build up equity in a business that did not have particularly attractive returns but was conservative and stable. In addition, because people wanting to sell a building would do repairs and maintenance to maximize price, buildings were kept in a good state of repair.

In 1972, “rollover” was no longer allowed and a capital gains tax was imposed — first at 50 per cent, then at 75 per cent. (It is now back to 50 per cent.) Given that most long-term capital appreciation in rental real estate is around the inflation rate and the taxes paid are substantial, the sales of rental buildings and re-investment all but ceased. Liquidity disappeared from the market.

Until 1991, sales taxes on construction costs were limited to the 11 per cent Manufacturers’ Sales Tax. The seven per cent GST introduced in 1991 increased the sales tax burden on new construction by almost 70 per cent. In 2000, the government cut the GST applicable to rental construction costs to 4.5 per cent. That is still higher than the old MST. On the operating side, landlords are not allowed to collect GST from tenants but must pay GST on the goods and services they buy.

In fact, beginning in 1972, tax policy was reversed from discriminating in favour of rental investment to treating it less favourably than any other investment. Is it any wonder people stopped building new rentals?

How have the tax changes affected tenants? I hired Victoria tax accountants to quantify the impact of the tax discrimination against rental housing, using the Victoria market and comparing taxes paid on a rental housing investment with that of a motel or family farm.

Most importantly, the study found that by 1999 the tax changes resulted in significantly higher rents for tenants.

An average one-bedroom apartment in Victoria rented for $608 per month when the study was done. The owners or investors were, in effect, paying $113 per unit each month more in taxes than if they had decided to invest in a motel. GST on construction and operating costs added $38 to costs; higher business tax rates added $55 and the changes to capital gains provisions added $31. These numbers were conservative because they were based on existing, older buildings in Victoria, not new ones in Vancouver. These taxes are, of necessity, passed on to tenants.

In Canada’s major cities it is likely that today, even with the reduced capital gains tax rate, income taxes and GST on a new building, these federal taxes likely add $200 per month to rents. 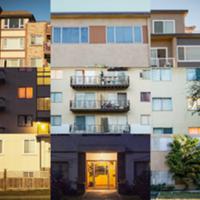 In arguing for tax equity for rentals and tenants it is important to note that, Ottawa dramatically favours homeowners over tenants in tax policy because owners are exempt from capital gains taxes, people can often buy a condominium and make payments $200 lower than rent for a similar unit. At the end of 25 years, the tenant has paid shelter costs of $60,000 more than the condo-owner, who by then has paid off the mortgage, lives rent-free, and has a large tax-free capital gain when the condo is sold. Is this fair?

Well, what should be done? The answer is simple: treat rentals the same as motels, hotels and family farms and restore “rollover” provisions and GST exemptions. Allow qualifying rental owners to claim the small business tax rate and “active business” tax treatment.

If necessary, restore the Capital Cost Allowance to 1972 levels and allow investors and owners to write off losses against non-rental income.

It would also help if municipal and provincial regulators treated rental housing less like publicly owned utilities. Having been the B.C. deputy minister responsible for the Residential Tenancy Act and rent controls, and having authored most of the important 2004 changes to the current act, I know how difficult it is to leave well enough alone.

But every new thoughtless regulation decreases interest in investing in new rentals. And when silly municipal councils stop demolitions willy nilly, they compound the problem. Where is the land to come from for more rentals if not from demolishing the two-storey walk-up to build the six-storey mid-rise?

There is much more that could be done. But tax changes are fundamental to attract investors and increase the supply of rental housing. Until that happens all the efforts by provinces and cities are but band-aids.