Why isn’t anyone building rental housing in cities like Toronto and Vancouver?

For starters, it costs developers more to build, financing is more difficult, and the payback occurs over a longer period of time. Developers can pre-sell a luxury condo before a shovel touches the ground.

“As long as this imbalance of risk and reward continues to present itself,” writes LandLord BC CEO David Hutniak in a recent blog post, “developers will continue to choose to build condos over purpose-built rental housing.”

This doesn’t change the reality that the future of a city depends upon attracting young families and retaining workers — and offering an affordable place to call home.

So what to do when the market has a distinct aversion to building purpose-built rental? As the following four ideas make clear, it’s going to take creative thinking, incentives for investors and, more than anything else, political will from three levels of government.

1. Waive the 15 per cent foreign buyers tax for investments in rental housing

A flood of foreign real estate capital can be a social good, depending on where it is invested, says University of British Columbia policy professor and Generation Squeeze founder Paul Kershaw.

“We could think of tailoring the foreign buyers tax,” says Kershaw. “We’re going to tax you when you are investing your money here into a single detached home or condo, but if you want to invest in someone who is building purpose-built rental at scale, then no 15 per cent surtax.”

With much of B.C.’s rental housing constructed from 1960 to 1980, a lot of precious housing stock is approaching its end of life. How can we prevent many of our aging rental buildings from becoming teardowns?

If we want to minimize the loss of existing rental, University of Toronto professor of housing and community development J. David Hulchanski suggests we bring back the old Canadian Mortgage and Housing Corporation (CHMC) Rental Residential Rehabilitation Assistance program, which was part of a wider federal funding program for home renovations which started in the early 1970s.

The program offered fully forgivable loans of up to 100 per cent of repair costs, with the amount based on the cost of repairs and the number of eligible units in the rental property. To receive a loan, an applicant also had to enter an agreement that placed a ceiling on the rents that could be charged after the repairs were complete.

The program was a victim of funding cuts. Today the CMHC runs a similar program that is only available for on-reserve rental housing.

Hulchanski says we need to fund this kind of rental rehab again. “Our rental housing stock is aging right across the country. We need a serious rental rehabilitation program whether it’s from the feds or the provinces.”

The Tyee has examined how the capital gains exemption on primary residences could be re-thought — for example, to discourage speculation and house flipping by charging more capital gains tax on homes resold quickly — while using the tax revenue to provide affordable rental housing.

That’s not the only option. Around 1972, when Canada introduced the capital gains tax, it repealed estate taxes. Given the windfalls realized by the wealthiest homeowners during the housing crisis, could it be time to target the richest among us by bringing the estate tax back? Canada could follow the lead of many other developed countries, including the U.S., which levies wealth transfer taxes on estates. It’s one way we could raise the money to provide incentives to encourage construction of purpose-built rental that the market will otherwise not deliver.

UBC tax specialist David Duff says the idea of estate taxes is “peripherally linked” to the crisis of housing “simply to the extent that housing has become the main source of wealth generation over the last 25-30 years in a lot of developed countries.”

Duff says estate taxes can be structured in different ways. The U.S. tax only applies to estates worth more than $5 million. (The tax may not exist much longer. Last month it was revealed that Trump chief strategist Steve Bannon’s to-do list, written on the wall of his White House office, included killing the estate tax.)

Another approach is to tax the recipients of an estate’s proceeds. That allows more progressive tax rates, where those who receive more pay more. It also encourages the wealthy to distribute their assets more widely.

4. Use zoning to limit speculation and NIMBYism

Federal or provincial rules to limit the ability of municipalities to restrict multi-family housing could be part of the solution, according to Tom Davidoff, associate professor at UBC’s Sauder School of Business. 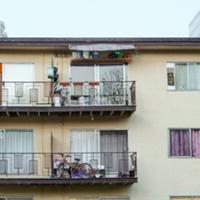 Affordable Purpose-Built Rental Doesn’t Have to Be Mission Impossible

As a solution, Davidoff points to existing “anti-snob zoning rules” currently in effect in the U.S. — in California and, in particular, New Jersey’s Mount Laurel doctrine.

The Mount Laurel doctrine is based on New Jersey Supreme Court decisions that found municipal land use regulations that prevented affordable housing opportunities for the poor were unconstitutional. In the wake of the decisions, all New Jersey municipalities were ordered to plan, create zoning and take affirmative actions to help provide affordable housing opportunities for low- and moderate-income people.

Municipalities could also zone land for purpose-built rental, something that Landlord BC’s Hutniak supports. He says such zoning doesn’t cost taxpayers anything and has many positive effects. Rental zoning in a city like Vancouver reduces speculation, as developers focused on building condos look elsewhere for land. NIMBYism is cut down as politicians under pressure to maintain the status quo in single-family neighbourhoods can point to the rental zoning.

“The community has a total right to be consulted and have their input,” says Hutniak. “But that said, this is where civil political leaders need to be bold and say, ‘this is for the broader good of the community.’”