Every three years, the OECD’s Programme for International Student Assessment (PISA) releases the results of its worldwide tests. In 2015, 540,000 15-year-olds in 72 countries took part and, as usual, the results were promptly put to use by governments and teachers’ associations to advance their agendas.

Finland and B.C. have a lot in common. They’re northern jurisdictions, each with about 5 million people, and they tend to be near the top in the PISA results. The Finnish teachers used their kids’ good results to blast their government; the BC Teachers’ Federation shrugged off their students’ even better results as irrelevant.

Admittedly, PISA may be unfair. One purpose of its exams is to assess whether today’s kids have the skills they need for success in future. But the OECD is no better at prediction than anyone else. The results are often interpreted as if student success or failure is a function only of what happens in the classroom rather than in the family and the larger culture.

One critic recently noted in the Times Education Supplement that in 2012 Australian students of Chinese descent matched Shanghai at the top of the rankings, while Australia overall ranked 19th. The difference is likely due more to family and cultural concern about education than teacher skills or school resources.

The Finns had been as surprised as everyone else by their success in the first PISA exams in 2000. They had overhauled their schools in the 1980s and 90s to create education equity for all students, not to create academic superstars. Many Finnish teachers were annoyed by the PISA results, which they considered a distraction from their real goal: to enable Finland to compete against bigger countries by giving every kid an equal — and equally good — education.

Still, most Finns were proud of their schools’ success, and worried as later PISA scores began to fall. Meanwhile, Finland’s economy began to weaken; in recent years a centre-right government has made matters worse by imposing austerity budgets that hurt Finnish schools.

In Finland, 95 per cent of all teachers — from early education to university — belong to OAJ, the teachers’ union. With over 120,000 members in a country with a population of five million, and with teaching a high-prestige profession, OAJ has considerable political clout. When the 2015 results were announced on Dec. 6, OAJ president Olli Luukkainen attacked the government for its economic policies, not its education policies.

“Results of the PISA 2015 show that inequality among students has increased,” OAJ said in a news release. “The impact of parents’ background on learning results is greater and considerable regional differences exist. In particular, OAJ is concerned about the substantial increase on the number of low achievers.”

Luukkainen explained that concern. “These results clearly threaten to increase labour market exclusive, he said. “It is very unfortunate if poor school performance starts early on in basic education. A low level of competence in science and mathematics as well as reading may lead to low performance also in upper secondary education and higher education.”

“In future,” Luukkainen went on, “these students will be in charge of creating work and workplaces in Finland. They have been systematically forgotten in the school development programs for a long time.”

Luukkainen’s quarrel was with a centre-right national government that had lost the plot and forgotten both the purpose and success of egalitarian education, built over decades through political consensus. That consensus involved a commitment to a low poverty rate, not just well-funded schools.

But it’s not that simple. Equity affects a country’s PISA results; socially and economically disadvantaged students aren’t going to do as well. The same is usually true of immigrants also. But here in Canada, despite high child-poverty rates and immigrant numbers, we were the best in the world.

B.C., with an outrageous 19.8 per cent child poverty rate, beat Finland with its child poverty rate of about five per cent. Only two per cent of the variation in our students’ science performance could be explained by their socioeconomic status, according to the PISA analysis.

Finland came in with a 10 per cent variation based on socioeconomic status and the U.S. at 11 per cent. The implication is that inequality is greater in British Columbia, yet student results are better, so our teaching must be better than theirs.

The B.C. government was quick to crow about this province’s PISA performance: the highest average score in reading, just behind Singapore in science, and sixth in math (shared with a dozen other jurisdictions).

And the Liberals also jumped on the equity issue. According to a Ministry of Education news release, “B.C. also demonstrated high equality in student performance, which is the gap between the highest and lowest performing students, showing the system is delivering high student achievement in an equitable manner.” 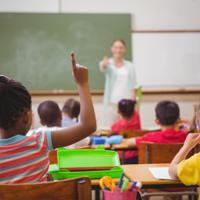 What East Van’s Schools Can Teach Us

The response of the BC Teachers’ Federation was strikingly different from that of the Finnish teachers. The Finns are publicly furious because they see growing inequality sabotaging their efforts. The BCTF, in a statement by president Glen Hansman, questioned the test itself.

“Like other organizations that try to rank schools, PISA uses incredibly narrow criteria to offer sweeping conclusions that overlook important aspects of education and cultural differences across the world,” his statement said. “PISA uses a specific worldview that is based on narrow competencies and competition, and are therefore inappropriate for international comparisons.”

“They are also wrongly used by governments across the world to set education policy and discredit teachers,” he said. “The PISA results do not deserve the attention they get and shouldn’t be taken seriously. Doing so inappropriately narrows the focus of a well-rounded and culturally appropriate education.”

“We want our students to be creative, thoughtful, and civically engaged — not just good test takers. B.C.’s education system is as good as it is because of the hard work of our professional teachers and support staff. But, increasingly, our province has had to rely on parent fundraising just so schools can have basic supplies.”

And Hansman called on the government to increase education funding. 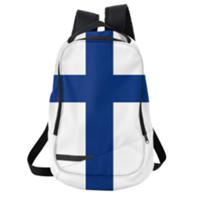 “There are real problems in BC schools that need to be fixed because of years of underfunding,” he said. “That’s why BC’s focus should be on restoring the collective agreement language that was unconstitutionally stripped from teachers’ collective agreements as soon as possible. Timely restoration of that language will reduce class sizes, allow more specialist teachers to be hired, and inject much-needed funding into schools and classrooms across the province.”

This was a sharp contrast to the BCTF response to PISA 2012. Then, it proudly reported that B.C. students had done “exceptionally well” and linked to criticism of PISA as “another view.”

Granted, Finnish and B.C. politics are very different. Still, it seems strange that the Finnish teachers accepted PISA and used the results to attack their government’s cuts to the poor, while B.C. teachers dismissed PISA without bothering to mount a serious case against it.

Both Finnish and B.C. teachers’ unions may have missed the point, which is that PISA itself needs very careful assessment if it’s to be accepted as a global standard. If equity is important, why did deeply unequal B.C. (and top-ranking, unequal Singapore) do so well? If a pro-education culture in students’ families is important, why isn’t that factored into the scores?

And if we use PISA only to praise or blame our own government’s education efforts, are we really just supporting the OECD’s idea of good education, rather than our own?