One of the more feared aspects to the release of the public accounts each year -- at least as far as government ministers are concerned -- is that tiny volume itemizing each ministry's credit card charges. 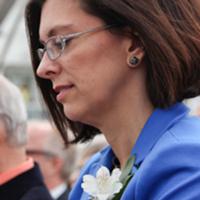 Guess the anxiety finally got the better of them, because last year the finance ministry decided to post the statements online on a quarterly basis instead, presumably hoping fewer would take notice.

It didn't seem right not to wait for the annual totals, though.

While the charges themselves are a drop in the bucket of a $44.4-billion budget, sometimes they offer a peek at a ministry's attitudes or priorities.

There were 976 purchases over $5,000. The largest? A $92,513 charge at Sensus Communications by the Ministry of Children and Family Development.

Shelling out for shredding

In the shred-that-file department, ministries charged $46,078 for shredding documents, and that's on top of the $258,260 they billed to the government's account at Shred-It.

Top three ministries for shredding fast: the Ministry of Technology, Innovation, and Citizens' Services at $3,664 which coincidentally oversees B.C.'s access to information legislation, the Ministry of Children and Family Development at $5,821 and the Ministry of Justice at $17,848.

Though it is a mystery why the government spends so much money shredding documents when it goes to such great lengths not to create them in the first place.

Over at the Ministry of Children and Family Development, someone is a tad tone deaf politically speaking.

Establishments you might expect to see in the charges at International Trade, not Children and Family Development.

Speaking of which, no surprise over some of the charges at International Trade, where five-star is the order of the day.

There were a few pricey meals too, including a $2,495 charge at Victoria's Saaz Restaurant, which is about five times what the ministry charged at Tim Horton's ($575) over the entire year.

Someone took the bus one day if that $2.75 charge at TransLink is any indication and someone needed a passport ($160).

Earl's, where the Justice Ministry celebrates

Put all the ministries together and they charged $30,528 at golf courses in B.C., $20,386 of it by Children and Family Development.

The Ministry of Justice continues to celebrate at Earl's Restaurants. The ministry rang up a tab of $10,434 at the restaurant chain, more than half of the $17,540 spent by all ministries.

The Ministry of Transportation and Infrastructure spent $236 on Twitonomy, a service that helps you "browse, search, filter and get insights on the people you follow and those who follow you."

Premier Christy Clark may consider The Economist to be "the most boring publication you can find out there," but some of her colleagues don't exactly share her point of view.

Facebook was popular at the Ministry of Advanced Education, with charges of $92,078. Eight ministries charged a combined $33,808 at Google, for services such as AdWords and Earth Pro.

Ministries slapped down $1.7 million for flights on Harbour Air, $1.55 million on HeliJet and $260,000 in sailings with BC Ferries.

There is one company that the government should consider billing more with though: Correct Solutions. The $100,347 they charged last year didn't buy enough.