"That means that as a human being you should have a right to water. That's an extreme solution." -- Peter Brabeck-Letmathe, Chairman, Nestle, 2005 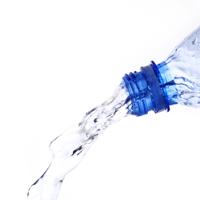 Nestle Pays $2.25 to Bottle and Sell a Million Litres of BC Water

As British Columbians face increasing water use restrictions due to a heat wave, forest fires and drought, the province must answer why it is charging bottled water companies only $2.25 per million litres taken from B.C. sources.

Or why companies using huge amounts of water for hydraulic fracturing or "fracking" to extract oil and natural gas also pay just $2.25 a million litres.

And with Nestle bottling 265 million litres of B.C water a year for the princely sum of just $596.25 while customers pay $2.25 for each bottle in some places, Brabeck-Letmathe's controversial comments that water is a "foodstuff" that should have a "market value" deserve more attention.

"Personally I believe it's better to give a foodstuff a value so that we're all aware that it has its price, and then that one should take specific measures for the part of the population that has no access to this water, and there are many different possibilities there," Brabeck-Letmathe said in 2005, when he was CEO of Nestle.

Later Brabeck-Letmathe backtracked on his "right to water" views after an international firestorm erupted, arguing that:

"I do not deny that clean and safe water to drink or for basic hygiene is a human right. Of course it is. However, I do not think it is right that some people in the world do not have access to a clean, safe supply when others can use excess amounts for non-essential purposes without bearing a fairer cost for the infrastructure needed to supply it," Brabeck-Letmathe wrote in April 2013.

"When we give water a value, we use it more carefully, and this does not mean privatization…Governments, of course, have a pivotal role to play in managing water resources but today the resources available to governments for public spending are shrinking. Business can and should get involved to help address the issue," Brabeck-Letmathe said.

Nestle's altruism is questionable at best, but even if water should have a "market value" surely it is far more than B.C.'s pathetically low price of $2.25 per million litres. Nova Scotia charges $140 per million litres for many purposes and Quebec bills $70 for bottling water.

Frackers and other water suckers

And B.C.'s cut-rate fee is charged not only to Nestle and other water bottlers but also a host of industrial users, including road maintenance, sewage disposal, garbage dumps, amusement parks and that massive water consumer, fracking.

But lord have mercy on the poor Vancouver homeowner who waters their lawn on the wrong day or time!

The fine for breaking the current Stage 2 water restriction rules is a whopping $250!

For that kind of money you could buy 111 million litres of water -- but only if you were Nestle or a fracking oil company.

Don't get me wrong. We need to conserve water during droughts; bottled water is a legitimate product; and industry needs water to run businesses that create jobs and investment.

But when big businesses can access good, clean B.C. water for $2.25 a million litres while the little guy can't use a few dozen litres when they want without risking a fine over 100 times more than that, the government's logic is clear as mud.