"The marketers can compete with free; it just has to be better. Look at bottled water if you don't believe me." -- Psychologist Jonathan Potter 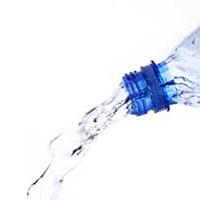 Have you ever paid $2.25 for a bottle of water? Of course, and you can pay a lot more than that if you go to a Vancouver Canucks game, a concert, movie theatre or restaurant.

So what if you could pay $2.25 not for a 500-millilitre bottle, not for a big office cooler full, but for 1 million litres of water?

Sounds ridiculous given the retail price, but that's the unbelievably low rate the BC Liberal government has given to giant multinational firm Nestle and others to extract fresh, clean groundwater to bottle and sell for exorbitant profits.

The price is so outrageous I have to repeat it. Nestle Waters Canada pays the province just $2.25 for every million litres of water.

The total estimated price of all the water Nestle will bottle in B.C. over an entire year is -- wait for it -- $562 a year!

That's an improvement, if you can believe it, because until recently they got it all for free.

It must be nice to have an endless supply of potable water, where you can take as much as you like, sell it for an enormous profit, and pay a pittance for its use.

Unfortunately, I must confess a terrible sin: I drink bottled water regularly, and mostly Nestle products. I pay about 50 cents a bottle.

I know I should be drinking tap water in the metal refillable container that is currently gathering dust on a shelf in my house, but it's so darn convenient to throw multiple bottles of Nestle water in my office and home fridges and pop them in my car when I head out.

Don't bother lecturing me -- at least I'm drinking healthy water and hydrating myself -- but this farce makes me rethink my willingness to line their pockets.

I feel apologetic, but Nestle doesn't.

Cry me a river. And at $2.25 per million litres, they can bloody well afford it.

Challinor did add that Nestle is willing to pay for the resource -- so long as everybody else does.

I say it's time to put a serious smart metre on the bottled water tap and make Nestle and other water companies really pay.