Year by year our traffic gets worse. Radio stations spend more time alerting listeners to accidents and stalls on Vancouver's streets and highways, while untold thousands of commuter hours are wasted in "busy" traffic jams. 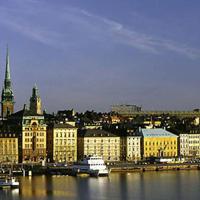 Yet somehow we really can't get behind the idea of a serious public transit system. To many Vancouverites, the bus is still the "loser cruiser," and SkyTrain (if it even goes where we want it to) involves too much walking. Each new SkyTrain line seems to involve political acrimony, as when the Canada Line's construction threw Cambie Street businesses into disarray for years.

Now we're looking at yet more acrimony over TransLink's 10-year proposed expansion plan, including a Broadway subway line from Commercial Drive to the University of British Columbia and a light-rail system for Surrey. At the behest of the provincial government, the Metro Vancouver mayors announced a referendum this spring, to see if we're willing to pay for the estimated $10 billion cost through an extra 0.5 per cent on our sales tax.*

Never mind how green and bike-friendly we're supposed to be. Cars and trucks are still our preferred ways of getting around. When we support transit, it's only to get the other guy off our road.

But what if we stopped whinging about taxes and costs and just got on with building a proper transit system?

If we did, we might end up with something like Stockholm's. And then we'd wonder why we'd dragged our heels.

Stockholm and Vancouver are strikingly similar. The Swedish city area is a bit bigger than ours, but our metro area is four times larger. Our metro-area populations are almost identical -- 2.19 million in Stockholm, 2.3 million in Vancouver. Even our per capita GDPs are close: US$43,761 in Stockholm, US$44,337 here.

Both cities are close to the water (Stockholm's built on 14 islands), and both suffer from a serious shortage of affordable housing. A four-room, 1,300-square-foot apartment north of downtown Stockholm near the Odenplan transit junction could cost you 7,250,000 kronor -- just over $1 million in Canadian dollars. Yet Swedes continue to pour into Stockholm's metro area, just as they have for a century.

That's where Stockholm has an edge over us. As the city began to grow early in the 20th century, planners didn't try to jam everyone into downtown. Robert Cervero, in his book The Transit Metropolis, says they designed a rail system to bring workers into the city from new suburban centres -- and to take other workers to jobs in those same suburbs. Instead of seeing Vancouver's twice-daily commuter tsunami, Stockholm's subways and buses carry passengers both ways, all day.

The system is run by Storstockholms Lokaltrafik (SL), which contracts out operation of the bus lines and the subway to different corporations. In an email to The Tyee, SL's Traffic Department said that the Metro subway (usually called the Tunnelbana) sees 1.2 million boardings every day. At present over 780,000 people in Stockholm County use public transport daily, including a million daily bus trips and 280,000 trips by commuter train. A single trip costs about $4.50 in Canadian dollars; a monthly pass, good for any amount of transit, is just under $120. By comparison, a one-zone TransLink ticket costs $2.75 and a three-zone monthly pass costs $170.

The SL's Traffic Department says passengers pay 52.3 per cent of transit's operating costs. The rest is subsidized by a mix of revenues from sources including national and local income and property taxes.

The Tunnelbana, first opened in 1950, now covers 110 kilometres, with most stations in the suburbs. The stations are clean and bright -- not quite as awesome as those in Copenhagen, but they move people quickly and comfortably from street to platform and back again. Transit junctions permit easy switching between subway and buses.

Stockholm is now planning 19 kilometres of new Tunnelbana lines to serve an additional half-million residents by 2030. According to an SL report, "The expansion is the largest investment in the Metro in modern times... The total investment for the expansion including vehicles and depots is therefore SEK 25.7 billion." That's about $3.8 billion in Canadian dollars.

The national government got together with Stockholm County, the City of Stockholm, and three suburbs to fund this project, taking less than a year to reach a deal. According to the Stockholm County Council 2013 annual report, transit is just one responsibility; municipalities also look after housing and health care, and regard them as investments. Tax revenues, the report says, make up 77 per cent of income, with passenger fares just eight per cent. The council has run surpluses for seven consecutive years.

The four municipalities are also committed to building 78,000 new houses near the new Tunnelbana lines "either themselves or through another landowner/developer."

Given their present excellent transit system, an expansion almost sells itself. Stockholmers get short waits, whether for subways or buses. At every stop, electronic signs count down the minutes until the next vehicle. Buses are long and articulated to bend around corners. Their doorsteps drop to help passengers with wheelchairs or prams get on board, and designated open space is available for them inside. Passengers with dogs are welcome. Despite the heavy presence of cars and bikes on Stockholm's streets, traffic moves smoothly and calmly. Another 19 kilometres will only make a good system better.

The $3.8 billion cost of the expansion boils down to about $200 million per kilometre, which is a daunting sum for lines that won't even open until the 2020s.

Surprisingly, this does not seem to be a political issue for Stockholmers. They already pay heavy taxes, including a "congestion tax" if they drive downtown, but they seem to be more relieved than annoyed at this new financial burden. It's just the price they pay for better transit and more housing. The Swedes don't believe in the idea of a free lunch; they believe in the idea of "subsidize what you want, and tax what you don't want."

So a scan of the Swedish media finds remarkably little complaint about the expansion. A recent story in the daily Dagens Nyheter describes the new line that will connect downtown Stockholm and suburban Nacka, pointing out that it will provide easier access to a local IKEA and a sports arena, "and makes it easy and attractive to the people of Stockholm to choose the subway instead of a car."

Another report in the English-language online paper The Local, published in 2013 after the deal was made, touts the economic boost the expansion will give the city and notes that funding will come from the municipal governments "as well as through an increase in the congestion tax charged on vehicles entering the city centre."

Not all Stockholmers are happy about their transit system. A recent report in the newspaper Svenska Dagbladet said the county council was putting the brakes on SL spending, pulling it back from 4.5 per cent growth to 3-3.5 per cent. The monthly pass will increase in price next summer by some unspecified amount. Readers wrote in to complain about too few buses in the suburbs and too much transit spending on downtown.

Still, no one is talking about putting the new SL expansion to the taxpayers in a referendum, much less the cost of building 78,000 new housing units in the next 10 years. Swedes may gripe about the way the system is run, but they have no problem with the system itself -- which relies on a very different model from ours, with higher tax levels than we would dare to impose.

That kind of maturity seems very different from our own attitude. We'd rather subsidize ourselves for burning gasoline in traffic jams, and tax ourselves for riding sleek, swift, quiet public transit.