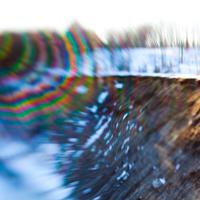 I am curious about "Bozo the Clown."

Recently one of my Liberal MPs, John McKay, suggested that my new policy mandating pro-choice positions for all Liberal candidates was the result of a "bozo eruption." I had some staffers look it up (paid for by the Liberal Party of Canada -- I may be a bozo but I'm no Tom Mulcair).

I take pride in my appearance. My shoe size is in the normal range. Does my hair look bright orange to you? Why should I be the target of such mockery simply because of my commitment to a woman's right to choose?

Don't worry, dude -- your hair has not let you down. God willing, it will curl winsomely until the day you are cut and styled for your final viewing. No, it's just the nature of the sport you have chosen. Politics can flummox the wiliest veteran or, in this case, you.

Your commitment to the pro-choice cause is admirable. But this isn't really about abortion. It's about politics. More particularly, it's another chapter in the ongoing public trial of your powers of judgement. Because whether or not you agree with McKay's position on a woman's right to choose, he has a point.

To begin with, you have offered the Conservatives a golden sound bite by standing in front of TV cameras and saying, "This is about choice," while telling potential Liberal candidates they don't have one. Why not add, "War is peace, freedom is slavery" for good measure?

Worse, you have managed a feat few would have thought possible -- you've made Prime Minister Stephen Harper into a champion of freedom. Conservative MPs and candidates are free to express whatever view they want on the abortion issue. After years of Harper bullying and strong-arm tactics you have outflanked him in one fell swoop, positioning yourself as Captain Trudeau of the Thought Police.

The abortion issue is not likely to be a problem for Harper -- the Conservative Party is the natural home of the anti-abortion crowd -- but that's the point. Why wash your car if it's raining? You've pledged your party's support for a woman's right to choose. For that I, a humble voter, applaud you. But -- still on the theme of choice -- I might well vote for the NDP or the Greens, parties that are equally pro-choice. Pro-choice voters are highly unlikely to vote Conservative anyway. So you've essentially taken an action that will alienate some MPs and at least some of your party's right wing, and for what? Savvy politicians do not take actions with no real upside.

The heated debate over abortion -- and the often-fanatical opposition to it -- tends to mask the fact that it's an issue on which a spectrum of opinion is possible. The situation is complicated in Canada by the fact that we have no law governing abortion. That's unlikely to change, since no one has the political will -- or sees any benefit -- in raising the issue. Which again raises the question of why you'd want to kick that sleeping dog. But it also raises pesky hypothetical questions as well.

The land of hypotheticals

Right now there is no practical way for a Canadian woman to have an elective abortion after 20 or 21 weeks -- doctors will not do it unless the mother's health is at risk. But what if a Liberal candidate were to publicly oppose late-term elective abortion -- as noted, not really an option anyway. But we're in the land of hypotheticals here. And guess who put us there, Mr. Big Mouth?

Would said candidate be given the boot?

There has been a tradition that MPs cannot be forced to vote a particular way on questions of conscience, including abortion and capital punishment. It's a given that if Harper had tried to pull a stunt like this, he'd be caricatured as a jack-booted thug. Hell, he gets that anyway.

You, on the other hand, are often caricatured as a callow neophyte. Your awkward double standard whereby sitting MPs will be able to hold to their anti-abortion opinions while newcomers will be whipped into line has not helped. You've infantilized your rank-and-file in order to fix a problem you didn't have.

It's true that your tough stance clarifies the Liberal position, and there's something to be said for that. But consider the Harper method. The PM is free to pursue policies that advance his agenda -- his recent commitment of $3 billion to international maternal health excluded funding for abortion, reinforcing his street cred with the anti-abortion crowd. And yet by allowing freedom of conscience to Conservative caucus and candidates, he still gets to pose as the Statue of Liberty in pants.

That's how you do it, Justin. You don't get to do the things you want to do until you're in power.

Perhaps you are judged by a double standard. But that's the flipside of that useful surname of yours. It got you places, but then it started to work against you. Celebrity is not a meritocracy. You'll probably always be open to attacks on your credibility on that score. Try not to give them a big red nose to shoot at.