The Harper government seems intent on proving to its detractors that things can always get worse. They've one-upped themselves with the farce called the Fair Elections Act. 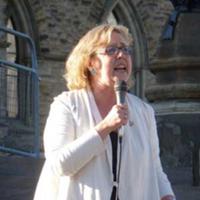 It has been described as a direct threat to the right to vote and an assault on democracy by the very people our democracy assigns to examine these things. But as is the pattern with this government, it seems likely it will ram it through no matter what critics say.

If that is the case then true democrats passionately opposed to Bill C-23 should plan the second phase of their campaign soon -- that is, use the opportunity hidden in the crisis to turn the bill into a massive voter legitimization campaign focused on those groups Harper and his point man Pierre Poilievre want to disenfranchise. But more on that later.

Everything about this smacks of American-style voter suppression. It's not just the actual provisions of the bill which are so transparently aimed at denying voting rights. It is the delivery of this bill by the most arrogant and contemptuous of all of Stephen Harper's trained attack dogs. Just having to observe this sorry excuse for an elected representative is enough to suppress democracy. The ideological rejection of science and evidence is also on full display here as if political debate itself has been banned from the House of Commons.

This goes beyond even hyper-partisanship. It's more like feudalism and the divine right of kings -- which asserts that "a monarch is subject to no earthly authority, deriving the right to rule directly from the will of God. The king is thus not subject to the will of his people, the aristocracy, or any other estate of the realm [such as science]... "

There is not much need to go into great detail on the outrages of this legislation as even the normally complacent mainstream media has been piling on this one. The media had adapted to the new normal of the Harper regime's approach: never answer a question, never acknowledge an argument from the other side, never talk to the national media and always keep a straight face when you lie, cheat, bully, slander and break every rule that doesn't actually get you arrested. That level of contempt for democracy is now so commonplace it isn't even news anymore.

But the Fair Elections Act was a step too far and has had the effect of waking the media. Outrage has been dragged from its long slumber.

The broad political system seems to have responded as if all the Conservatives needed was a lesson in political ethics. A few high profile, respected experts stating the obvious would work its magic. No? Well let's add a few more -- like former federal chief electoral officer Jean-Pierre Kingsley. Nope. How about a dozen academics and some provincial chief electoral officers? No response. All of this science-based stuff just seems to reinforce the faith-based government and its choir boy Poilievre. The more criticism and indeed the more respected it was, the more enthusiastic the government became. After all of this -- and virtually no one backing the bill's targeted features -- the bill was declared by Poilievre as not just fair but "terrific." Till then the sanctimonious (this must now be seen as a compliment in the royal court) minister had replied to questions with nearly identical talking points.

Of course at the crudest level of hardball politics this contempt for all criticism works because there is no way to force anyone to actually answer a question. Nonetheless the approach leaves all of the severe criticisms of Bill C-23 out there on the table -- unsullied by any serious attempt at rebuttal. The claim by experts that upwards of 500,000 voters could be denied their constitutional right to vote isn't even acknowledged yet alone refuted. The overwhelming evidence that there simply is no voting fraud in Canada (except by the Conservatives) sits unchallenged. Eliminating vouching (where eligible voters without the correct ID can be vouched for by someone who has ID) and the use of the government's own voter registration cards are universally condemned as disenfranchising young people (especially mobile students), First Nations members, the homeless and many elderly voters.

The B.C. Civil Liberties Association has challenged the 2007 federal voter ID laws and won partial victories. According to the BCCLA, "Both courts found that the voter ID laws are a prima facie violation of section 3 of the Charter." [my emphasis] But despite this, the courts also found that "the law constitutes a reasonable limit on those rights and is justifiable." One of the reasons the court found this to be the case was that it included the practice of vouching -- which ameliorated somewhat the threat of disenfranchisement implied in the requirement for ID. The removal of vouching therefore suggests that the requirement for voter ID is no longer a "reasonable limit." Last week the BCCLA made application to Supreme Court of Canada (SCC) for leave to appeal the B.C. Court of Appeal decision.

Ironically, the courts these days seem to hold the most promise for those seeking to defend democracy against capricious and authoritarian attacks by elected governments. And the SCC has shown it can move quickly when the democratic stakes are high.

Seize the opportunity to expand democracy

But whatever the outcome, perhaps the best possible response of democracy activists would be to treat this loathsome piece of legislation as a useful crisis. This is exactly what leaders of the African-American and Latino communities have done in their fight against the blatant voter suppression efforts in the U.S. -- where individual states determine voting procedures for federal elections. "A Center for Social Inclusion report entitled "Citizens Denied: The Impact of Photo ID Laws on Senior Citizens of Color" warned that nearly half of black voters over age 65 and one in three Latino senior voters would have a more difficult time registering and voting on election day due to photo ID laws passed in some 33 states."

In at least some cases efforts at voter suppression in the U.S. have backfired because the attack on black and Latino communities has galvanized them to get out the vote. The government of Florida reduced the early voting period which prompted black churches "to conduct a two-day 'souls to the polls' marathon. And even as election day turned into a late election night, and with the race in Ohio, and thus for the 270 votes needed to win the presidency, called by 11 p.m., black voters remained in line in Miami-Dade and Broward, two heavily Democrat counties in Florida, where black voters broke turnout records even compared to 2008."

Efforts to suppress the vote in civic elections in North Carolina and Texas also backfired, resulting in record turn-outs of the people targeted by Republican party controlled board of elections.

With young people, the homeless and First Nations voters at the low end of the turn-out numbers, the Harper government's crude effort to suppress their votes even more can and should be used to galvanize the vote from those communities.

Student organizations, anti-poverty groups, the Idle No More movement and senior's groups are well placed to take up the challenge, with help from groups like Democracy Watch and perhaps the NDP.

While many in those communities have found little reason to go to the polls given the slim likelihood of any change in their lives, no one likes to be told what they can and can't do -- especially when it comes to rights. For the people targeted by Harper for disenfranchisement, the 2015 election could be purely about democracy itself.