"The government says it's my job to feed my neighbour's child? I don't think so." -- Conservative Industry Minister James Moore, Dec. 13 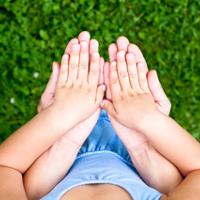 Coming from someone adamantly refusing to give a dime to charity for hungry children, it would be shameful and disturbing.

But when a federal government cabinet minister makes such an offensive statement just days before Christmas, it almost defies belief.

Yet that's what James Moore, British Columbia's senior minister in the Conservative government, said Friday in response to questions about child poverty from radio station News 1130.

By Monday, outrage forced Moore to retreat: "An apology. The cause of fighting poverty is not helped by comments like those I made last week. I am sorry."

And so Moore should be!

But on Twitter Sunday, the Port Moody-Westwood-Port Coquitlam MP was claiming: "It is a ridiculous 'story' that completely takes a comment out of context."

Really? Not based on what else Moore said in the same interview, with full audio available online.

When questioned why one in seven children in Canada still live in poverty -- 967,000 hungry kids, according to advocacy group Campaign 2000 -- and why the Conservatives have no child poverty plan, Moore responded dismissively.

"Certainly we want to make sure that kids go to school full bellied, but is that always the government's job to be there to serve people their breakfast?" Moore asked reporters.

And then the kicker: "The government says it's my job to feed my neighbour's child? I don't think so" -- followed by a clearly audible laugh from Moore.

Actually minister, it is the government's job to make sure kids don't go hungry. In fact, it's awfully hard to see what role is more important. And B.C. has the worst child poverty rate in Canada, at 18.5 per cent.

Perhaps that's why on Monday morning Moore changed his tune to: "All levels of government, indeed all members of our society, have a responsibility to be compassionate and care for those in need."

Because before then, Moore obviously still believed it's a wonderful life in Canada.

"There's no question prosperity is up, unemployment is down in every region, more Canadians are working than ever before," Moore claimed.

That's great news, except for the 1,325,000 Canadians who didn't have a job in November -- an unacceptable unemployment rate of 6.9 per cent -- or the 8,000 British Columbians who lost jobs last month.

Nor will it make young workers aged 15 to 24 feel better, because they have a 13.4 per cent jobless rate and saw 26,000 jobs disappear in November.

Perhaps Moore was simply thinking of himself, because he makes a lot of money: $160,200 as a Member of Parliament plus another $76,700 as a federal cabinet minister for a total of $236,900 a year. Not to mention his gold-plated pension worth millions in retirement.

But if it wasn't public outrage over the weekend that convinced Moore he and his government actually do have some responsibility for "feeding my neighbour's child," maybe he read the Bible.

As Jesus Christ said: "You shall love your neighbour as yourself. There is no other commandment greater than these."