A year ago I wrote a column reflecting on the activities of the Canadian Parliamentary Coalition to Combat Anti-Semitism (CPCCA), the Canadian branch of the Inter-Parliamentary Coalition for Combating Anti-Semitism. The latter is an international pro-Zionist group whose sole task is to redefine anti-Semitism to mean virtually any criticism of Israel. It developed at the behest of Israel when international criticism of the apartheid state began to seriously damage the image Israel so carefully established over decades -- you know the one, where Israel is the tiny democratic state whose existence is threatened by its powerful neighbours. It was a masterful bit of myth-making and lasted a long time. 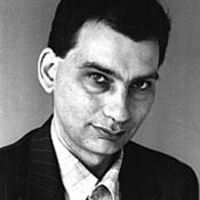 But in virtually every country in the world that image is now permanently tarnished. The success of the BDS campaign -- Boycott, Divest and Sanction (BDS) -- is the other side of the campaign to expose Israel's brutal occupation of the West Bank and its continued oppression of the 1.5 million Palestinians essentially imprisoned in Gaza. The BDS campaign is also having a major impact on Israel and the "new anti-Semitism" campaign hopes to slow it down.

There aren't many political events that actually leave me feeling physically ill but when I heard some more of the details of who was present for this hate-fest against freedom of speech, I got that feeling.

Why was the Governor General there?

Attending this new-McCarthyism event were: David Johnston, the new Governor General, Peter Milliken, the speaker of the House of Commons, the speaker of the Senate, Liberal leader Michael Ignatieff, and last but not least Thomas Mulcair, the most aggressive pro-Israeli MP in the NDP caucus. Given that this was a private affair (even though they deliberately mislead people with their name -- the Canadian "Parliamentary" Coalition), I suppose it would have been difficult for Jack Layton to stop him.

The problem is that Jack Layton actually sent Mulcair to the event to represent the NDP, a fact confirmed to me by Layton, but never revealed to the NDP caucus.

All of this is truly repugnant from so many perspectives it's hard to know where to start. But let's start with the Governor General, the representative of the Queen who is, by tradition and the institution, supposed to stay well away from involvement in and commentary on political events. One can hardly imagine a more political event given that its ultimate aim is to criminalize criticism of Israel. If this was his first major public event, it is a sickening start to his new job. Who decided he would go? Did Stephen Harper put pressure on him? Did he come up with this appalling decision on his own? Did his staff not warn him -- or were they complicit in having him attend?

The speakers of the House and Senate, though they are obviously political party members, are there because they are elected by those parliamentary bodies. They do not represent their parties. They represent Canadians by playing key roles in the two Houses of Parliament. Indeed, according to the website of the House of Commons speaker, Peter Milliken, one of his jobs is to "protect the rights and privileges of the House."

In this case, he has recklessly put the "rights and privileges" of the House at risk by associating all of its members with a nefarious project whose end point and objective is to arrest people for criticizing Israeli policies towards the Palestinians. There are just a handful of MPs who belong to the CPCCA yet by appearing at this conference, the two speakers have given Israel just what it wants: the appearance of support from Canada's two Houses of Parliament. It is an illegitimate claim -- from a state more than willing to corrupt the political process of a friendly country if it serves its own purpose.

What would Tommy Douglas say?

Of course nothing more needs to be said about the attendance of Stephen Harper who gleefully betrayed Canada by stating unequivocally that Israel's interests would trump Canada's so long as he was prime minister.

But if Harper's remarks were consistent with his behaviour towards Israel and the Palestinians, the NDP has, in this case, abandoned every principle it is supposed to stand for -- a balanced Middle East policy, support for freedom of speech, and its reputation, increasingly tarnished, for taking courageous stands when others cower or run for cover. I am pretty sure where Tommy Douglas would have stood on the issue. He opposed the implementation of the War Measures Act, probably ignoring the hand-wringing advice of many in the party. The NDP took a hit in popularity but it was short-lived as more and more Canadians came to realize just how Draconian was Trudeau's move. The same would prove true if Layton showed the courage to stand up to the bullying of the Israeli lobby.

What possessed Layton to send Mulcair to this offensive gathering is anyone's guess but given that he went begging forgiveness to the Israeli ambassador for remarks made by MP Libby Davies, it should not come as a surprise. Many thought -- hoped -- that it was a mere panic reaction that he regretted. But this is far worse than just having a couple of NDPers in the CPCCA. This is an implicit endorsement of the goals of that organization, including the definition of the new anti-Semitism provided by Stephen Harper: "Harnessing disparate anti-American, anti-Semitic and anti-Western ideologies, it targets the Jewish people by targeting the Jewish homeland."

When Layton tried to punish Libby Davies, he and the party were quickly brought up short by literally thousands of emails denouncing his efforts and his fawning apology to Israel. Mulcair was uniquely responsible for the fire-storm, for had he not publicized, and agitated about, Davies' remarks, they would have gone unnoticed. So what could cause Layton to risk another blast from progressives across the country? Is it simply his fear of alienating his only Quebec MP -- his foothold in that province? Did Mulcair influence him or deliver an ultimatum? Did he receive pressure from leaders of the pro-Israel lobby in Canada? Layton owes it to his supporters to explain his decision.

The NDP's secretive acquiescence to this dangerous charade is deeply disappointing. But the attendance at this conference of individuals holding the most prestigious offices in our national government is cause for real alarm. It amounts to the interference in our government institutions by what are, effectively, agents of a foreign power. There is a clear effort to manipulate not only our foreign policy as it relates to the Middle East, but an equally obvious attempt to undermine our civil liberties.

There should be a public inquiry into Israel's undue and dangerous influence on Canada's public affairs and in its governance institutions.