The undemocratic design of the U.S. Senate is a huge obstacle to progress in America's Northwest where I live. How did the Senate get set up in the first place? 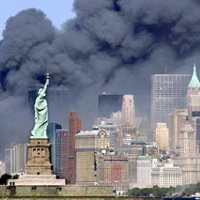 Why I Came to Canada

Instead, it essentially imported the British system of government of the time, as filtered through the writings of John Adams: a limited monarch in the person of the president; the Senate to replicate the House of Lords and speak for the aristocracy of landowners; and the House to speak for democracy.

Britain, after the American colonies left, abandoned this model. Rosenfeld writes, "By the Parliament Acts of 1911 and 1949, the House of Lords can no longer veto acts of the House of Commons and can no longer delay legislation for more than a year. Although the British monarchy retains a theoretical veto over acts of the British Parliament, no monarch has dared to exercise that prerogative for nearly three hundred years. Today, the House of Commons reigns supreme on legislative and executive matters. The monarch and the House of Lords have merely advisory roles." In short, Britain followed Thomas Paine, the radical American revolutionary; the United States followed the British system it had rebelled against, stoked by Paine's inspired pamphleteering ("These are the times that try men's souls").

(Warning: Canadian readers may want to skip ahead. I'm going to sketch Canadian government for American readers.) Canada has essentially the newer British system: a popularly elected parliament that combines executive and legislative branches, with each member representing a like-population district, plus a largely ceremonial upper house (called the Senate in Canada) and ceremonial allegiance to the British monarchy as titular head of state. The leader of the parliamentary majority is the head of government, the prime minister. In the U.S. context, imagine if the Speaker of the House also served as President. (In British Columbia's one-house parliamentary government, the leader of the majority party in the legislative assembly becomes premier, which is the provincial equivalent of the prime minister.)

The case of the carbon tax

Having spent the last 16 years studying policy and politics in the Cascadia region, including the province of British Columbia, I've grown convinced that the parliamentary system is just plain better. It's more adaptable to contemporary circumstances, engages citizens better, and matches responsibility for addressing public needs with accountability for doing so. It allows a party that wins a legislative majority to implement its program swiftly and decisively. It allows the opposition a forum to voice its views -- in fact, to furiously debate and critique the government's policies. Every few years, it gives voters a chance to decide if they want different leadership, typically in an election campaign that lasts just weeks.

An example: British Columbia's leaders announced a carbon tax shift in February 2008, enacted it in May, and began collecting it in July. This speed and decisiveness would have been impossible in any of the Northwest states. When elected officials have authority to implement their decisions, it does not lead to the erratic "mob rule" that John Adams and some other framers of the US Constitution feared. Instead, it makes them intensely aware of their accountability. It dramatically raises the stakes in elections, because voters hold leaders accountable: the governing party defended its carbon tax shift in an intense, closely fought, and vigorously argued election in May 2009.

A fully empowered parliamentary government does not always bring policies that I like -- far from it! But when voters know that governments have the power to implement their programs, it does convince them that elections matter. I would happily trade some policy setbacks for a healthier and governable democracy -- a system of governance that can actually implement solution to the towering challenges of our era.

The parliamentary system -- and the greater public trust and democratic engagement it yields -- explains much that I admire about Canada. Far more than any cultural or ideological differences between Americans and Canadians, the design of Canada's democracy explains why Canada provides health insurance to more of its citizens, why it maintains a stronger system of public education, why it raises revenue through a more uniform, green, and progressive system of taxation and why it boasts dramatically more compact, transit-oriented cities.

Shorter: Canada rules, because of Canada's rules for making rules.