New legislation tabled by the BC NDP last week would introduce fees for freedom of information requests, but don’t expect better service for the added expense.

Andrew Gage, a lawyer with West Coast Environmental Law, said charging an application fee, along with other changes the government is proposing, won’t fix the big problems with British Columbia’s system for getting access to government documents.

Often it can take years to obtain records that, under the province’s Freedom of Information and Protection of Privacy Act, should be released within months, said Gage, who makes a few FOI requests each year.

Delays are common because the system is under-resourced, he said.

“The level of government funding has not matched the number of requests. That’s the problem they’re dealing with.” The government processes about 10,000 FOI requests a year.

And while the bill introduced last week adds penalties for some offences, there remains no penalty for public bodies that miss the legislated deadlines to provide requested information, Gage said.

“That’s what’s most frustrating for me.”

Instead, the government’s FIPPA amendments — Bill 22 — include allowing public bodies to charge an application fee to people who are seeking records. (Fees will not apply to those seeking their own personal information).

Citizens’ Services Minister Lisa Beare said the fee will be “modest” at around $25.

For decades, there has been no fee to file FOI requests in B.C., although public bodies can charge applicants for some of the work required to respond to their requests.

The NDP said the idea is to speed up the system by reducing the number of requests.

But the proposed fee has been widely criticized by Information and Privacy Commissioner Michael McEvoy, civil society groups, reporters and academics.

In comments to reporters Thursday, Premier John Horgan appeared to backpedal on the fee, but also suggested it’s needed to reduce the number of requests the government gets from opposition political parties.

“We haven’t settled on a fee,” Horgan said. “No fee has been set and no commitment to actually have a fee is in the legislation.”

The bill does, however, allow the government to set a fee for disclosure later by regulation.

“Other jurisdictions have fees,” Horgan said. “We felt it was important for executive council, for cabinet, to be able to put in place a fee if we felt it would be necessary after debate in the legislature, which has been vigorous, as everyone would expect.”

Alberta charges the highest application fee at $25 per request. Ontario, Nova Scotia and Prince Edward Island each charge $5, while the five other provinces charge nothing.

Horgan said the main issue is the thousands of requests from political parties that amount to “surveillance” of what government officials are doing.

The BC Liberal Opposition has been filing thousands of request a year.

A previous attempt by the government to get McEvoy to allow it to ignore hundreds of those requests as “frivolous or vexatious” was unsuccessful.

Other changes the BC NDP government is introducing include allowing public bodies to disregard requests that are “excessively broad” and “repetitious or systemic,” and removing the Premier’s Office from the schedule of public bodies to which the act applies.

Horgan said his office will still be covered as part of the core government. But in a letter criticizing several parts of Bill 22, McEvoy said it is not entirely clear the FOI law will still apply to the Premier’s Office.

“This change would introduce, at the very least, uncertainty in the application of the law,” McEvoy said. “Moreover, I am not aware of any harm flowing from retaining this designation, which obviously begs the question as to why the change is being made when the outcome is, again, not as clear as I am told government believes it is.”

The government should delete the proposal so that it’s absolutely clear the act will continue to apply to the Premier’s Office, he said.

McEvoy also said introducing application fees would be a big step in the wrong direction.

“Application fees pose a real barrier for many who seek information that should be readily available to the public,” he said. “I am unable to understand how this amendment improves accountability and transparency when it comes to public bodies that operate in a free and democratic society.”

Adding another barrier to access is “deeply troubling,” McEvoy said, particularly since the bill includes no ability for his office to waive the application fee in situations where it is in the public interest.

Members of the BC Liberals have argued against the fee and other parts of the bill during debate in the legislature.

Several MLAs have drawn attention to NDP cabinet minister Murray Rankin’s opposition to a similar federal $5 fee in 2017 when he was a member of Parliament. At the time he called it “a tollgate on citizens' right to access.”

Rankin was one of the architects of B.C.’s FOI law when it was first introduced in the 1990s and has a reputation as a strong supporter of “right to know” measures.

As a member of cabinet’s legislative review committee, he would have seen the current B.C. bill before it was introduced in the legislature.

McEvoy’s letter says it is “baffling” that the government is making changes before an all-party special committee of the legislature appointed to review the act has time to do its work.

“I have to question how meaningful the first substantive amendments to the act in over a decade can be when there is no time for all stakeholders to provide dialogue,” he said.

In 2016, the last committee to review the act recommended reviewing fees to ensure they “are not a barrier to individuals’ right of access and that they provide reasonable compensation for substantial costs incurred by public bodies in responding to complex requests.” 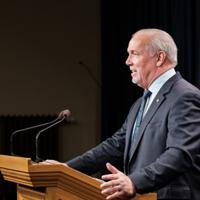 Gage of West Coast Environmental Law said the government should allow the legislative committee to complete its work before moving ahead with changes.

The Freedom of Information and Privacy Association advocacy group said that while there are good things in the government’s bill, it should rethink several of the changes.

There should be no fee to file an FOI request, FIPA states on its website, saying, “This change creates a barrier to anyone without deep pockets who wishes to access information and creates a chilling effect on people submitting requests.”

It could also deter smaller media outlets with limited financial resources from making requests, it adds. 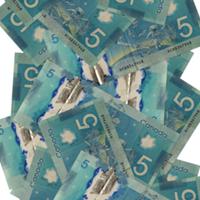 FIPA also says the government should add the legislature itself to coverage under the act, something all parties agreed was necessary in the wake of the 2019 spending scandal.

David Cuillier, the president of the U.S. National Freedom of Information Coalition and an associate journalism professor at the University of Arizona, told B.C. journalist Stanley Tromp that B.C.’s planned fee “is the worst thing I’ve seen proposed anywhere in a long time.”

Cuillier said an application fee of $25 would put many citizens at a disadvantage in their interactions with their government and would have a greater impact on people who are poor, thus widening society’s information gap.

“Not only is the idea deviant, but it is also morally bankrupt,” he said, adding such fees are virtually unheard of in the U.S. “The public records request system is a way for citizens to interact with their government, and simply should be considered a cost of doing business.”