The NDP government has abandoned its previous focus on fixing the province’s freedom of information system in the latest mandate letters setting Premier John Horgan’s priorities for cabinet ministers.

It’s “deeply concerning” that the government appears to be backing off on efforts to put the public at the centre of its approach to access to information, said Jason Woywada, the executive director of the Freedom of Information and Privacy Association advocacy group.

“The government was on record to do a whole bunch of things,” he said. “We haven’t seen a lot of progress anywhere.”

When the NDP came to power in 2017, it had been in opposition for 16 years and had consistently voiced support for stronger access to information laws.

The mandate letter to the citizens’ services minister of the day reflected that by including instructions to “improve access to information rules to provide greater public accountability” and to “improve response and processing times for freedom of information requests.”

But last week when Horgan appointed Lisa Beare as the new minister of citizens’ services, his mandate letter to her included no such instructions.

“Outdated freedom of information laws shield government from public scrutiny,” the organization said. “Politicians vocal about it in opposition, too often drop it once they get power. It is disappointing that these elected officials may simply be more cats benefiting from mice.”

Horgan said the government’s work to improve access to information is still under way. “We have made progress on making sure access is more equitable across the board,” he said.

He also said there’s been a significant spike in FOI requests from political parties, suggesting that those requests are out of step with the way the process was intended to be used. 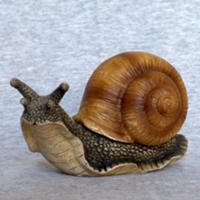 Freedom of Information Delays Worsened During BC Liberals’ Final Years

“It’s my view that those requests are not designed to improve understanding of the delivery of programs,” he said. “They’re designed for political benefit, and we’ll continue to work with that. I was a beneficiary of that as an opposition member, I understand it, but I would like to get back to first principles when it comes to freedom of information and protection of privacy.”

That means putting citizens “first and foremost,” Horgan said. They should be able “to access their government to ensure their information is being held confidentially and that they can access information about programs and delivery of those programs.” 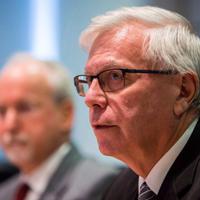 The government made some changes that it argues move toward creating a duty to document, so records are preserved on government decisions and the reasons supporting them. But it doesn’t include any oversight mechanism or independent review, he said.

And while there were minor changes to the Personal Information Protection Act, there’s been no significant update to the Freedom of Information and Protection of Privacy Act, Woywada said. “There were no changes to improve access to information under FOIPPA.”

Nor was Woywada aware of any action taken to improve transparency about the operations of the legislature, which is exempt from the province’s FOI laws, despite the spending scandal that saw two top officials lose their jobs.

“There’s a lot of huff and puff, and then no subsequent action,” he said.

Political parties are consistently strong supporters of access to information when they are in opposition, but shift to wanting to shut it down once they gain power.

“The public suffers when that occurs,” Woywada said.